Simone Biles has dominated the gymnastic world since her international debut in 2013, acquiring 14 medals (10 of which are gold) in World Championships alone. In this Olympic year, it is a given that, assuming there are no injuries, Biles will be on the US team for the Rio Olympics, the first Olympics in which she will be competing. This inspired me to consider how the US team is poised to perform at the 2016 Games.

Russia dominated medal tables in The Olympic Games as well as World Championships until the early 2000’s, with any drop in medal count clearly accounted for. For example, the lack of medals in the 1984 Olympics was due to Russia boycotting the Olympics, and the dip in the early 90s was due to the disintegration of the Soviet Union, therefore Russia competing individually for the first time. Excluding these dips, Russia was a fierce competitor in international competition.

On the other hand, the US was not a country known for its gymnastic prowess until fairly recently- their only significant medal count until recently was at the 1984 Olympics, where they won a total of 16 medals. Although this is an impressive feat, 1984 was the year that Russia did not attend the Olympics- meaning that one of the biggest names in the sport wasn’t competing, therefore opening the medal table to other countries and allowing the US to dominate.

However, the tables have turned for Russia and the US in recent years- since the early 2000s the USA has become a significant competitor in the gymnastics world, amassing a total of 98 international medals in 13 years compared to Russia’s 58. With the success of the likes of Nastia Liukin and Shawn Johnson at the 2008 Olympics, the ‘Fierce Five’ at the 2012 Olympics, and the addition of Simone Biles to the team, all eyes are on the USA to top the medal table at the Rio 2016 Olympics. 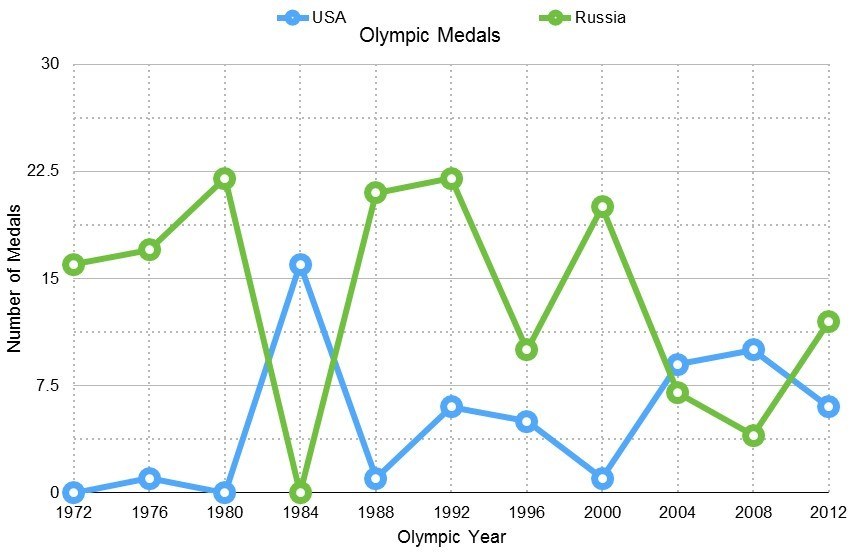 Both countries currently have an incredibly strong standing in the gymnastics world, the only other top 3 competitor being China. With the 2016 US Olympic team likely to include the likes of Simone Biles and Olympians Gabby Douglas and Aly Raisman; and Victoria Komova, Maria Paseka and Olympian Ksenia Afanasyeva for the Russian team, there is no telling who will come out on top. If current trends prove correct, it is likely that the US will succeed over Russia; however as seen in the 2012 Olympics with McKayla Maroney’s surprise vault fall and Komova’s substandard performance, only on the day will the winner be clear. 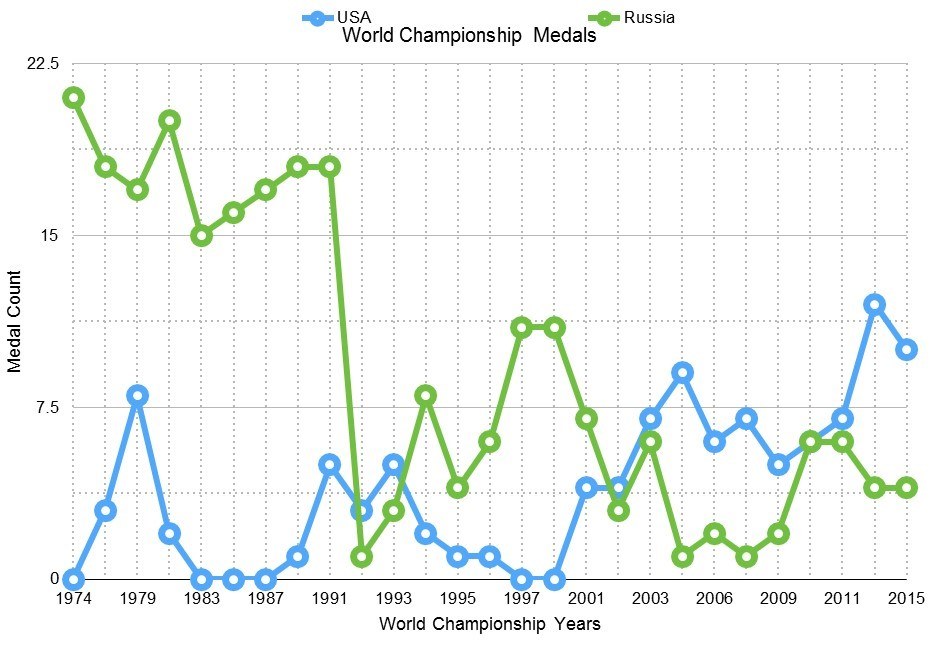