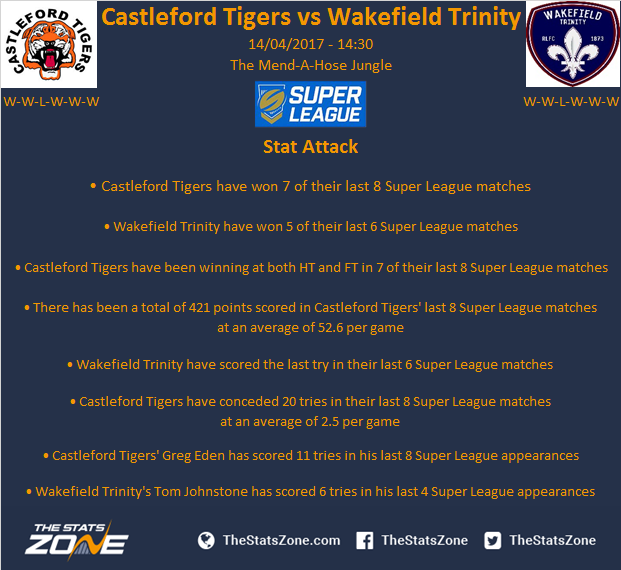 Analysis - what to expect
These West Yorkshire rivals come into this game on Good Friday in top form, but one has to favour the hosts based on their incredible firepower. It would take a major performance by Trinity and an off-day for the Tigers to avoid the inevitable here, with Gale, Eden and Minikin still in red hot form. In addition, their defence has shown signs of stepping up, making them a formidable opponent at present. Home win.