Canelo Álvarez, one of boxing’s biggest names, faces fellow countryman Julio César Chávez Jr. on Saturday night. Fittingly, the bout takes place on Mexico’s national celebration weekend, the Cinco De Mayo, at the T-Mobile Arena in Las Vegas. Both fighters have stated how important this contest is for the Mexican people, making it a fight both will have prepared for to the maximum.

The fight has been agreed at a catchweight of 164.5 pounds, with severe sanctions in place should Chávez come in heavy. Indeed, some reports indicate that he could be fined $1 million for every pound he is over the weight limit – a factor the headlining team are clearly taking very seriously. If Álvarez is to be triumphant, it is expected to lead to the mega-fight that the boxing world wants to see against Gennady Golovkin. This is the perfect opportunity – and not by coincidence – for Canelo to test exactly how he fairs at the higher weight, as well as give his body a longer time to settle into the weight should he face GGG. 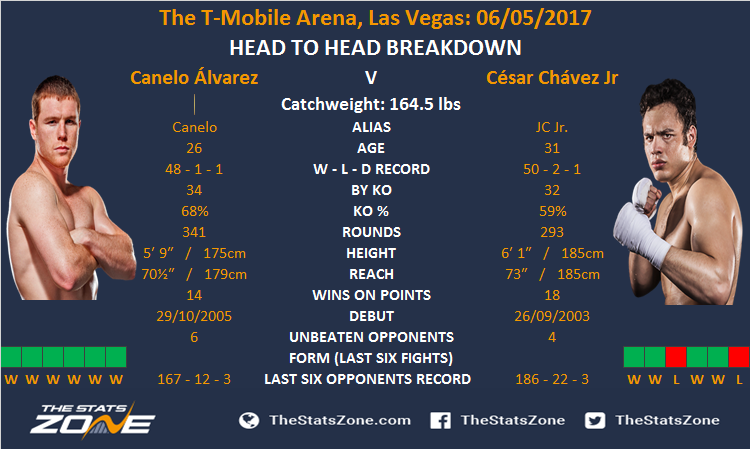 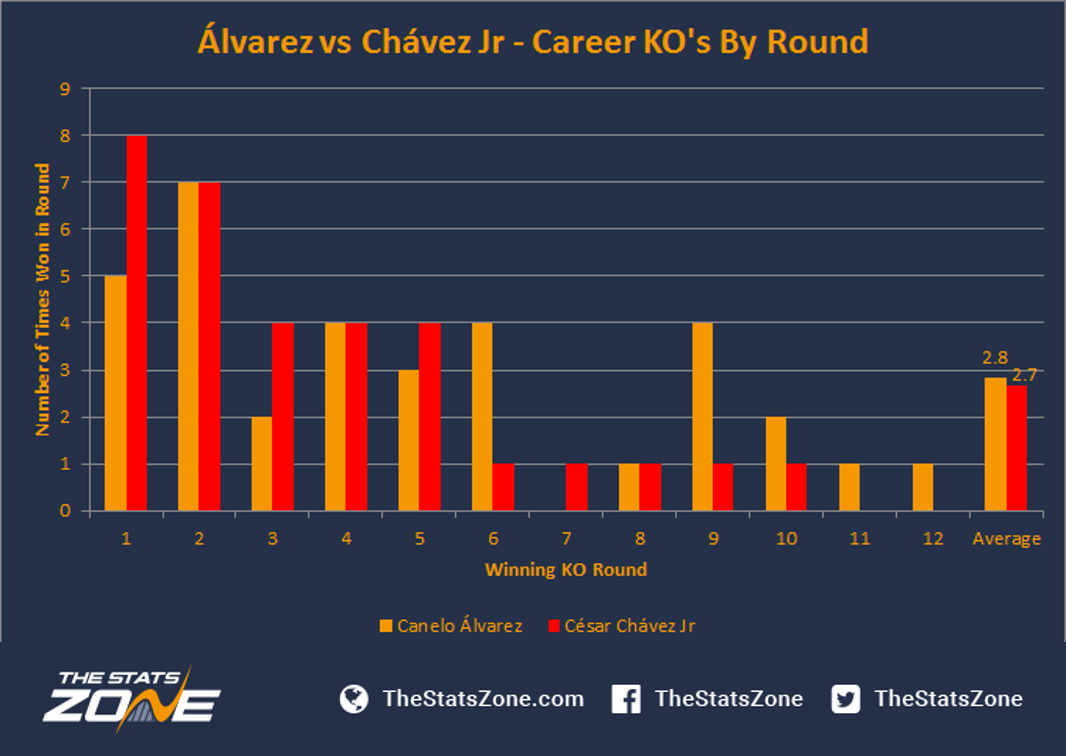 The last time Chávez Jr. fought below the 165-pound limit was against Sergio Martínez for the WBC world middleweight title on 15/09/2012, losing on points in a unanimous decision in what was at the time the first loss of his professional career. In order to determine a more accurate understanding of his style at the lower weight, punch statistics from this particular fight were analysed. With Canelo progressively moving up in weight and being just one pound lighter in his last fight against Liam Smith compared to his previous five, the punch statistics from this bout were also assessed to give a comparison. 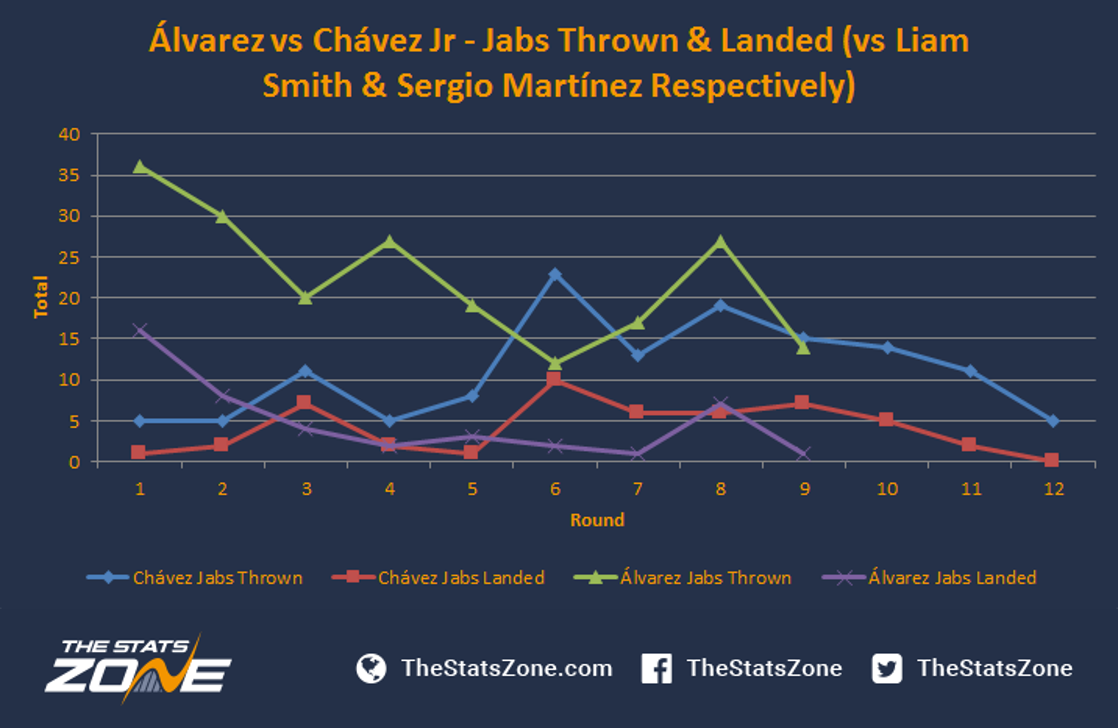 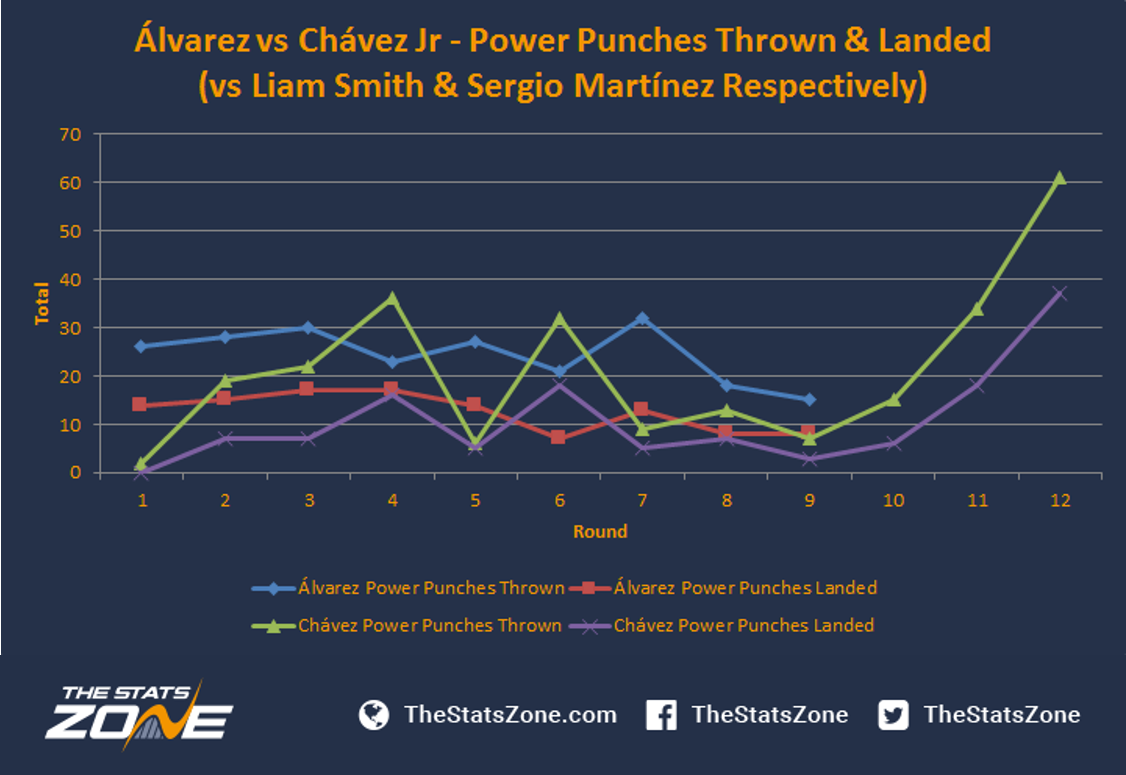 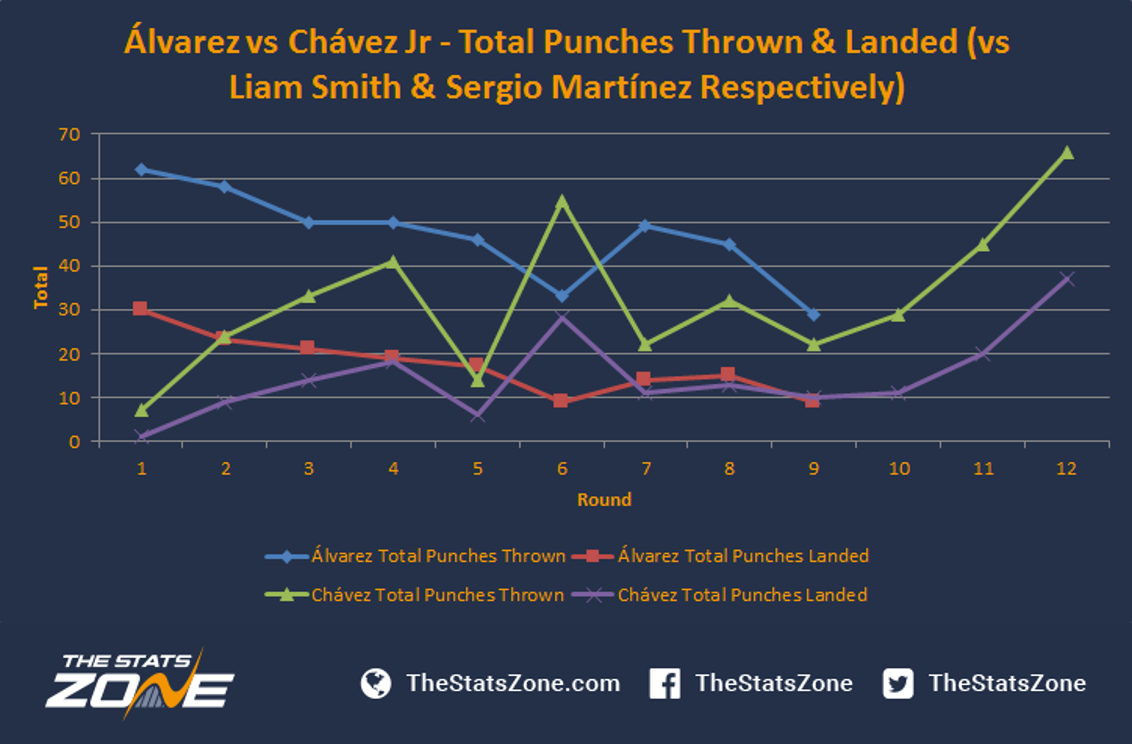 Álvarez is undeniably the favourite for this fight but has everything to lose, whereas Chávez has an opportunity to put his name back into the big time and regain the respect and notice that made him a world champion in the past. Due to Chávez having nothing to lose, he has the freedom to attack and the skills to cause Canelo real trouble.

Although many are predicting this to be another comfortable victory for Álvarez, TSZ predicts it could be a much closer contest than that, so expect an entertaining match-up with both fighters having to dig deep. Nevertheless, anticipate the pound-for-pound great to record another victory and finally set-up the long-awaited GGG fight.