On 24th February, Northern Ireland will be treated to not just one but two MMA promotions, as Bellator and UK-based Bamma join forces for a second time to co-promote an action-packed card. Bellator 173 and Bamma 28 will showcase three title fights and stars including Liam McGeary and Norman Parke.

See below for previews of the main card fights: 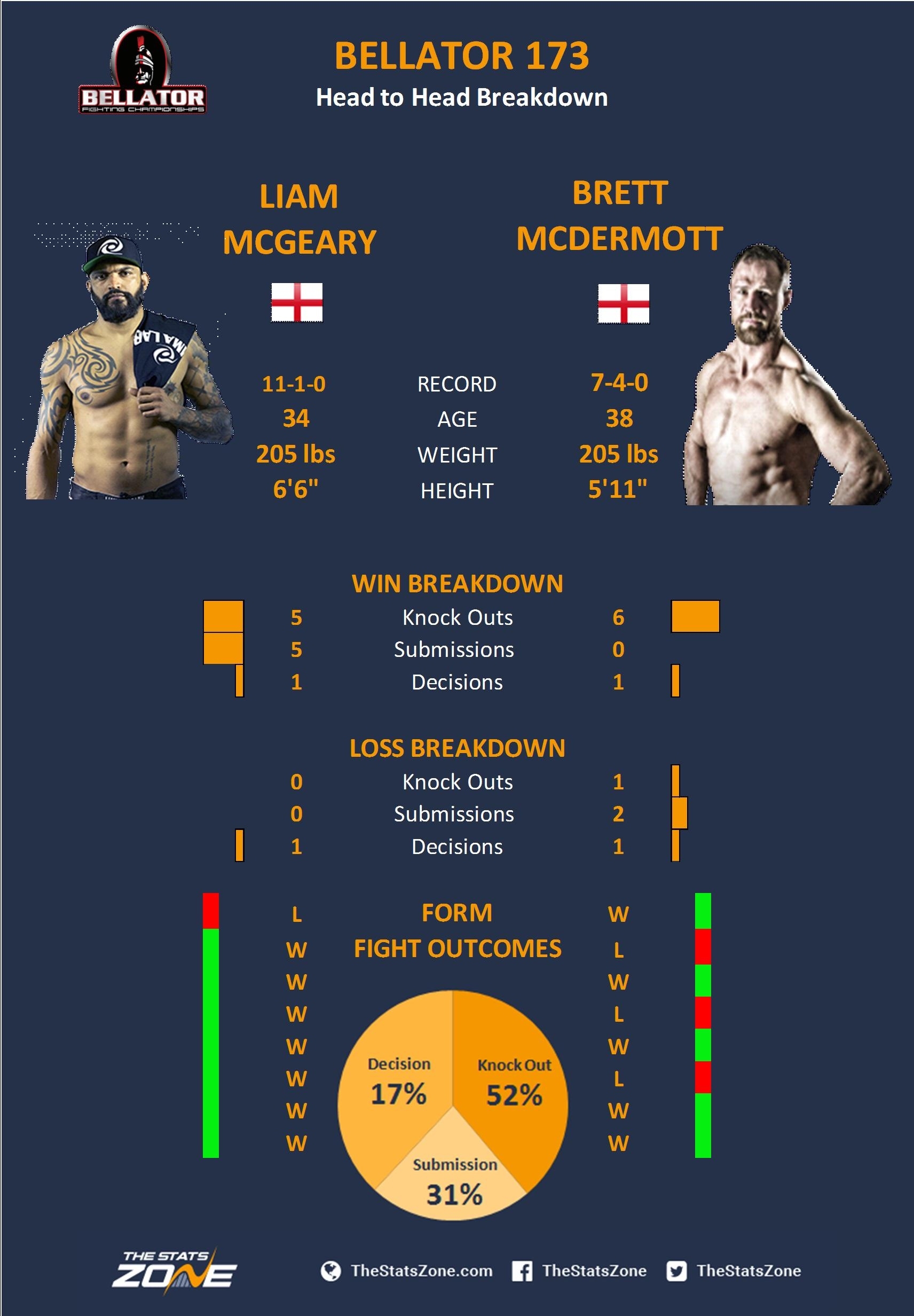 Absolute chaos in organising this main event. McDermott was the third opponent slated to fight McGeary in 48 hours. Originally it was the Irishman Chris Fields, then the Serbian Vladimir Filipovic. However, due to visa issues Filipovic was also forced out, paving the way for McDermott to accept the fight on just two days’ notice. McGeary is a beast and clearly a huge favourite but will just be grateful that McDermott had the courage to step up to the plate on such short notice – he deserves tremendous credit. 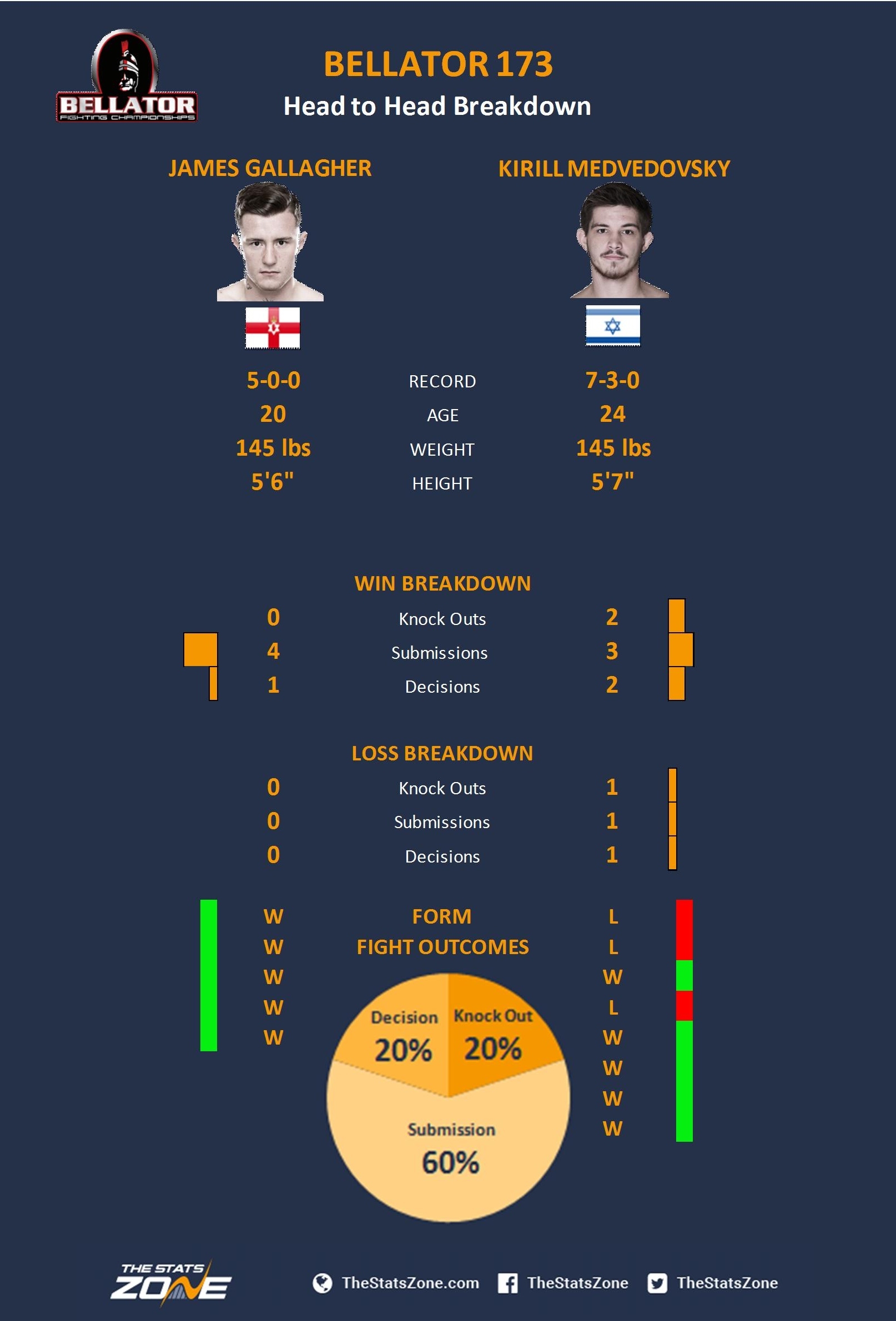 Two young-guns battling it out in the Bellator featherweight division. The out-of-form Medvedovsky will look to cause the ultimate upset and inflict Gallagher’s first career loss on home turf. 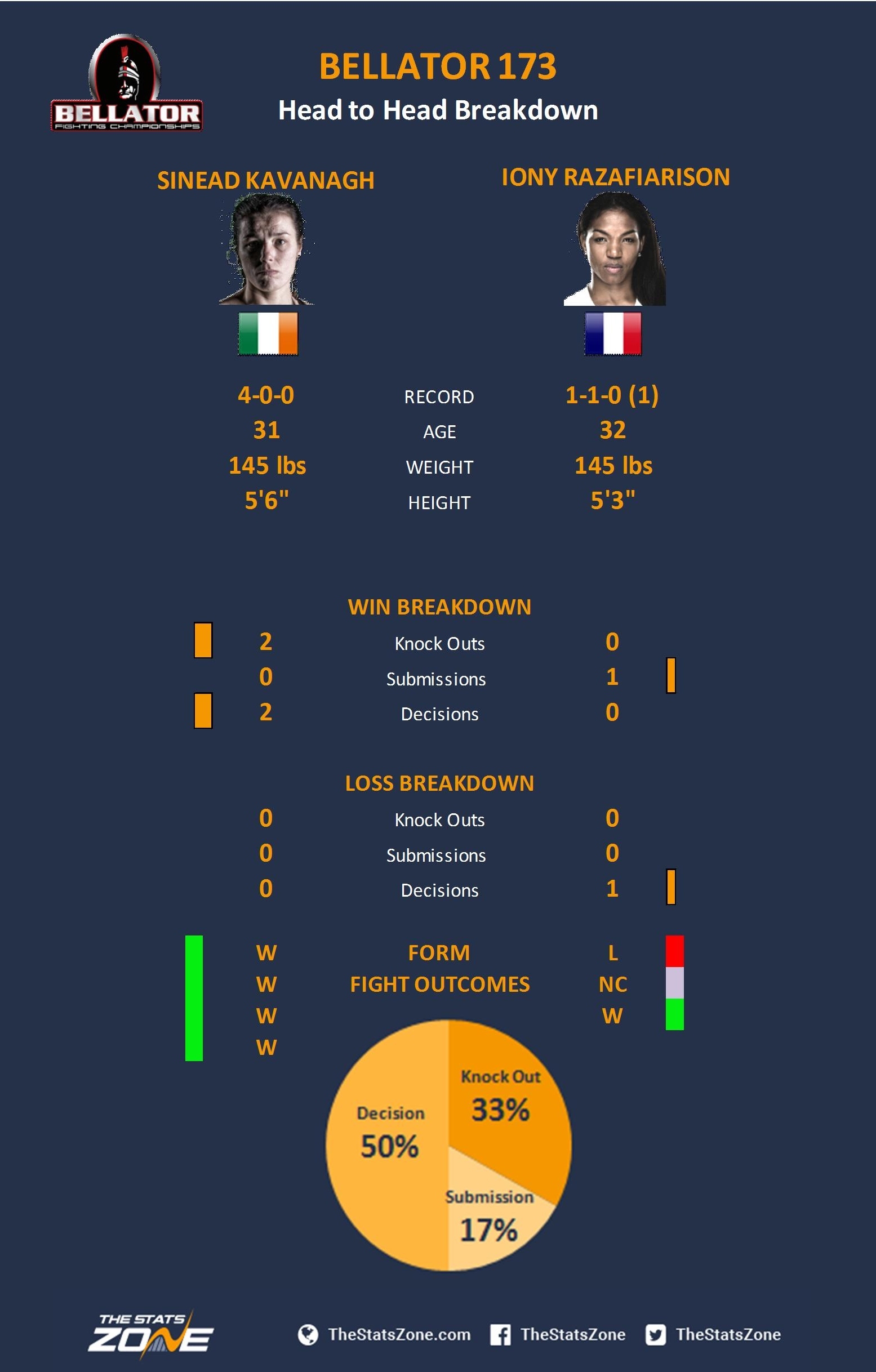 Two very inexperienced but hungry fighters looking to make some noise in the women’s featherweight division. It will be hard to bet against the Dublin native in this one. 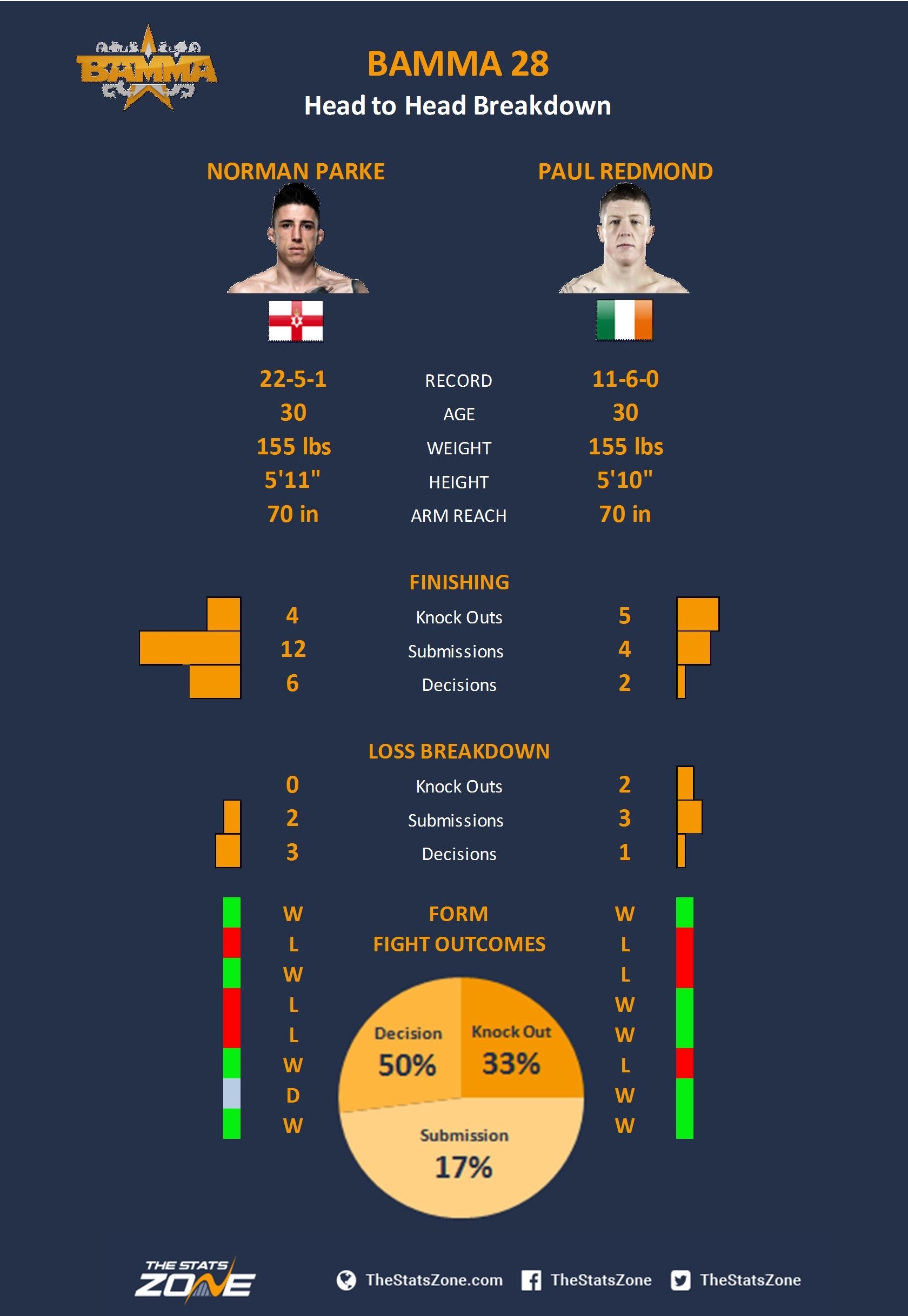 The main event from the Bamma promotion sees two former UFC fighters on the hunt for a lightweight title. Redmond was unable to pick up a UFC win whereas Parke collected an impressive five, and he will need all of this experience to overcome Redmond. 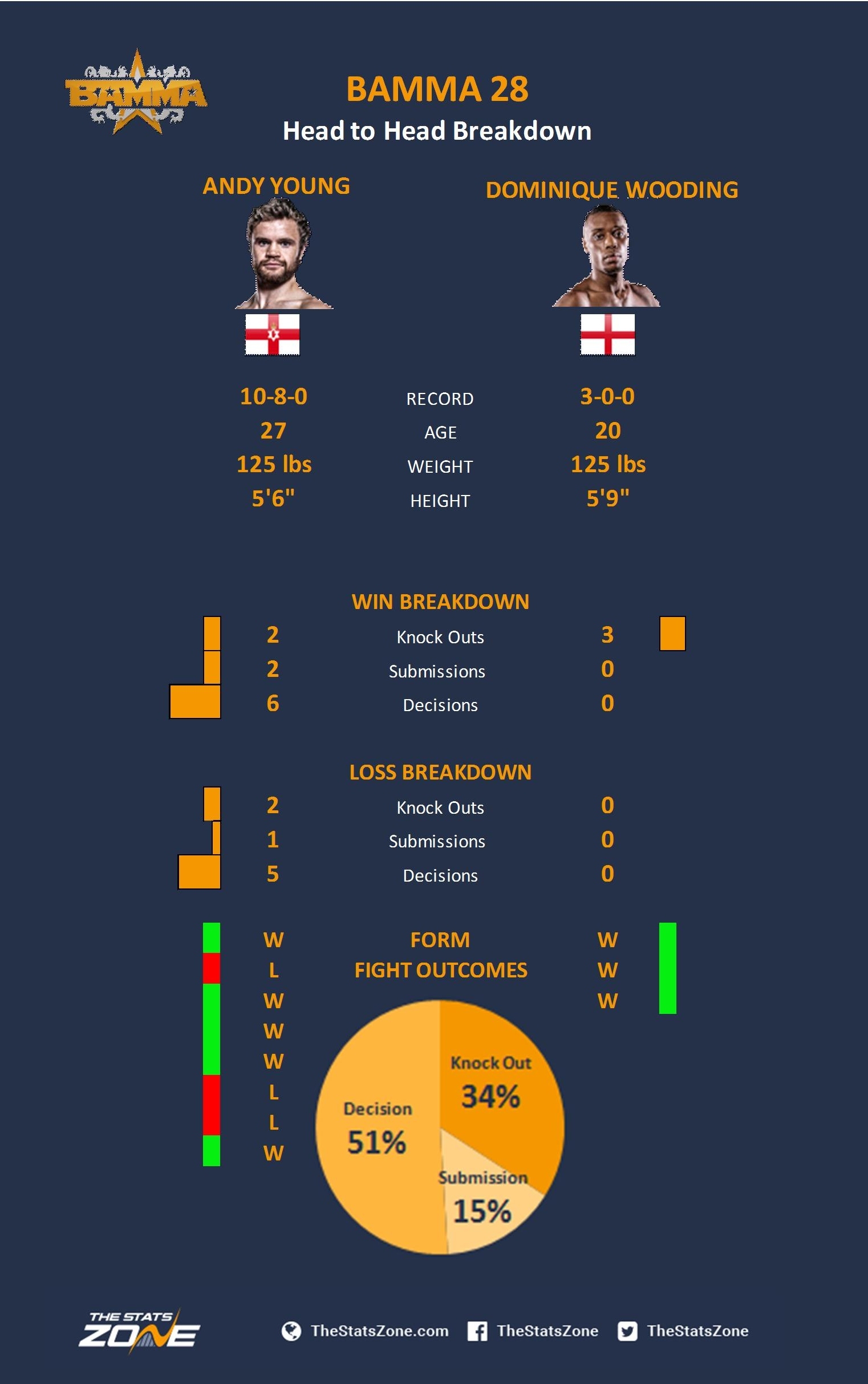 The flyweight interim belt is up for grabs in this bout. Young has all the experience and has found his form in the last couple of years, but will have his hands full against an unproven but unbeaten Wooding. 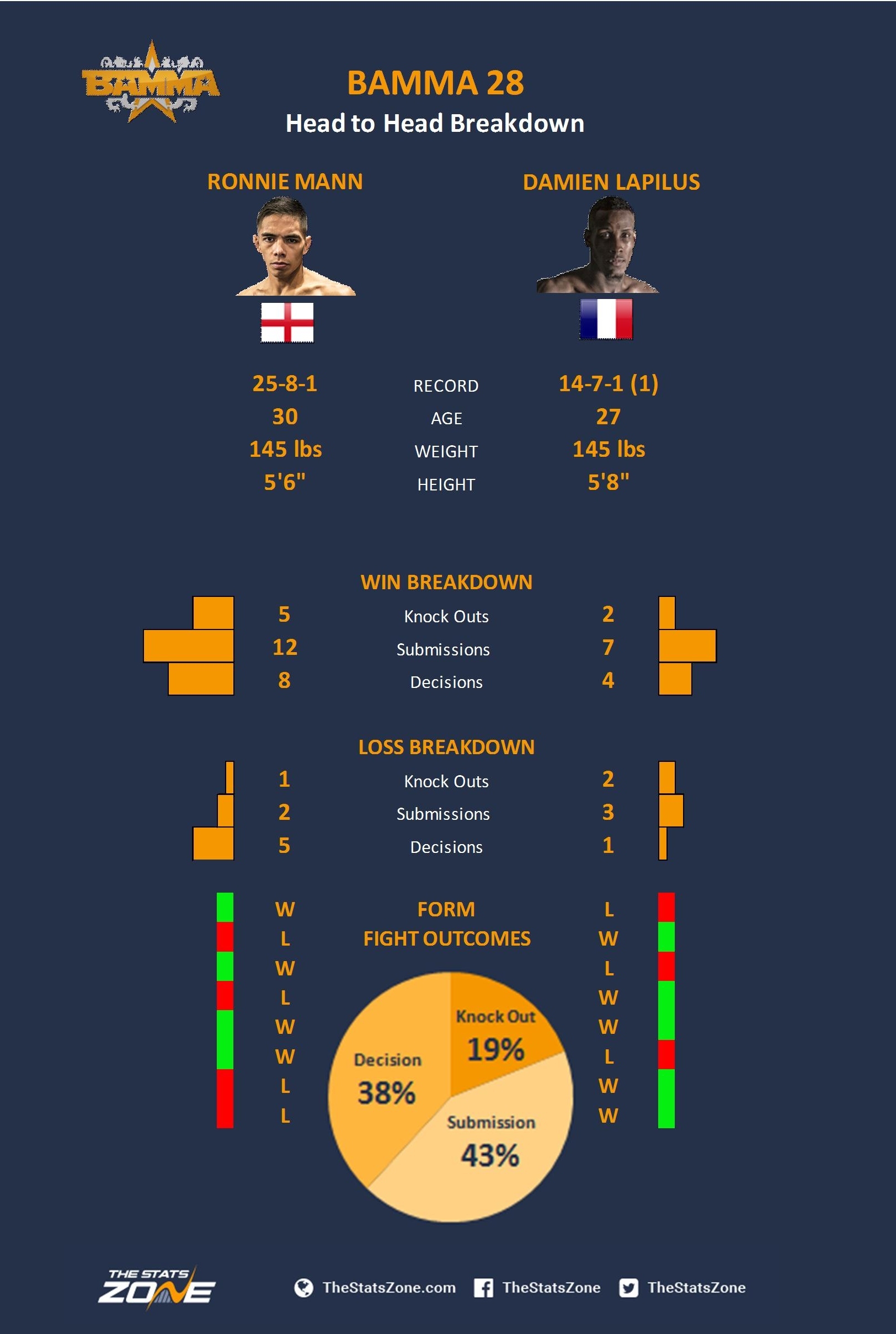 Another Bamma title on the line, but this time for the coveted featherweight title. Involved in a couple of disqualifications due to illegal knees, Lapilus is no stranger to controversy but this should be a very exciting fight between two veterans.