One of the greatest fighters of all time will make his Bellator debut on February 18th in San Jose, California. Fedor Emelianenko is in the twilight of his career at the ripe old age of 40, yet still causes a frenzy of excitement and anticipation when slated for a fight. This bout will be against former UFC heavyweight, Matt Mitrione. Mitrione will be licking his lips at the prospect of fighting this legend – an opportunity he would have never have got in the UFC. Not only is this the biggest fight of his career, but he will be confident that this will also be the biggest win of his career. Fedor will not have fought many heavyweights as quick and as mobile as Mitrione, and although he has won his last five fights, the likes of Fabricio Werdum, Antonio Silva and Dan Henderson have proven he is not invincible and can be knocked out. Mitrione will be hunting this finish but it is hard to bet against The Last Emperor wherever the fight may go.

See below for a full statistical breakdown and predictions for the main card: 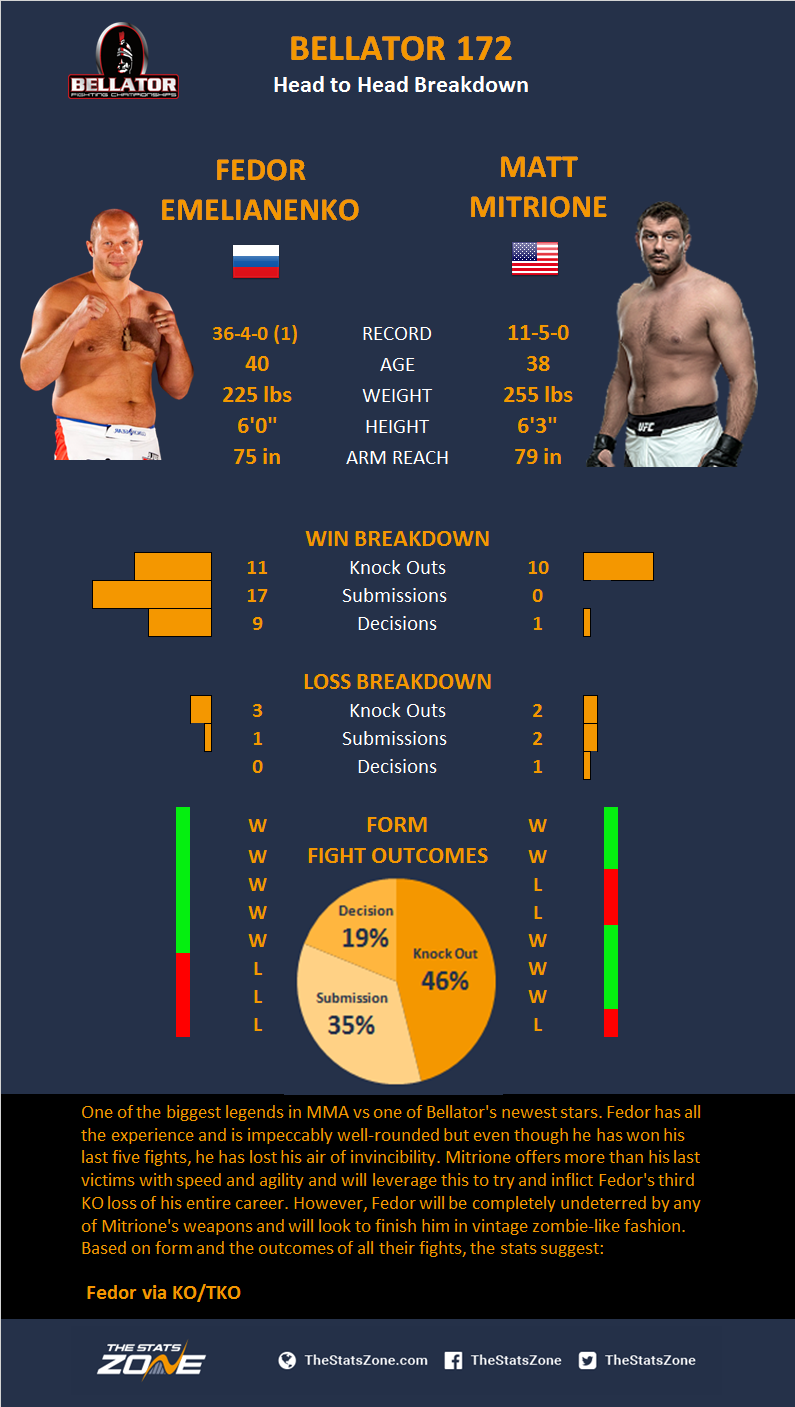 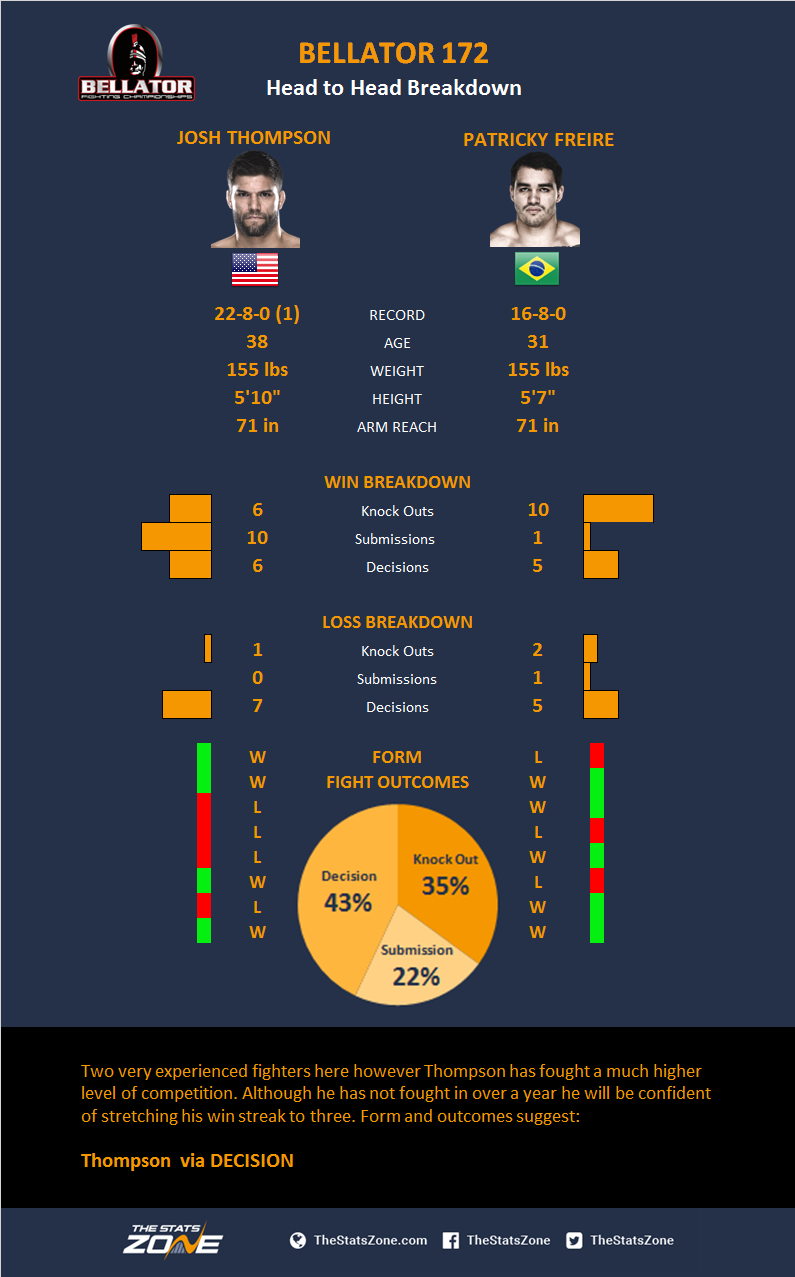 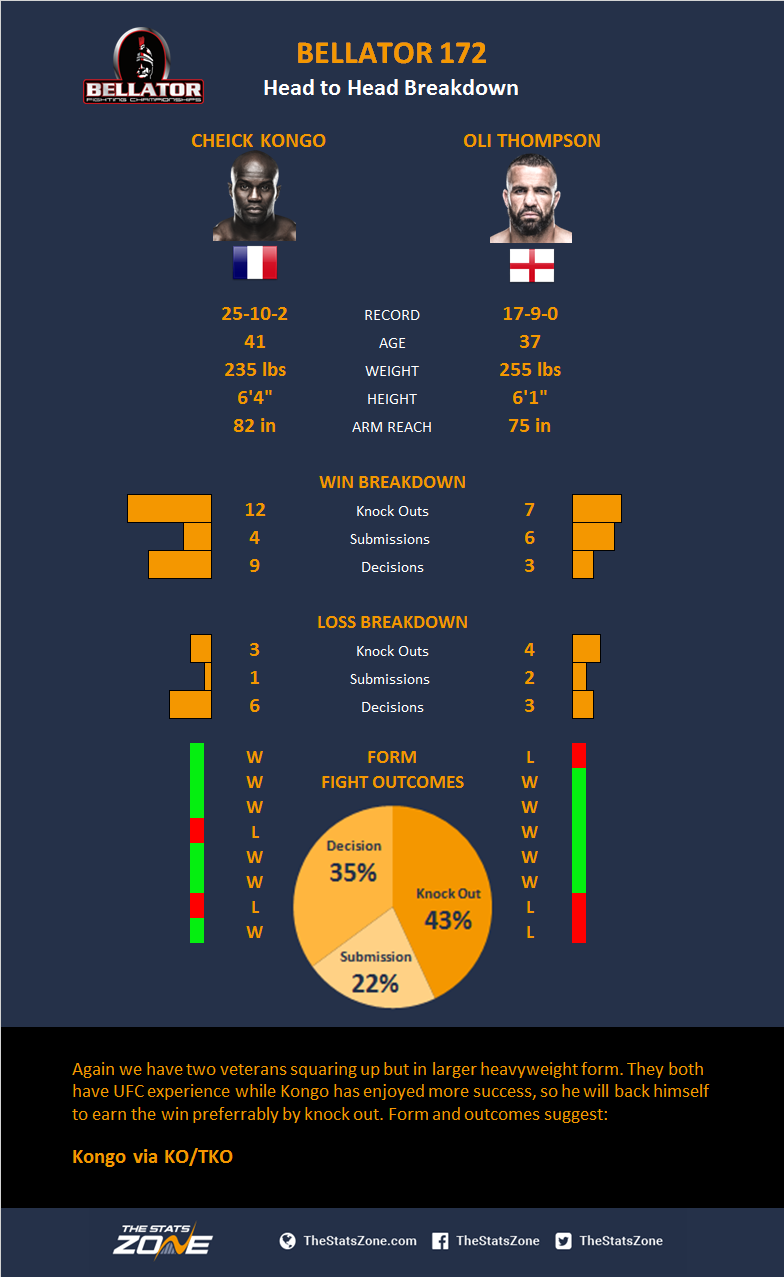 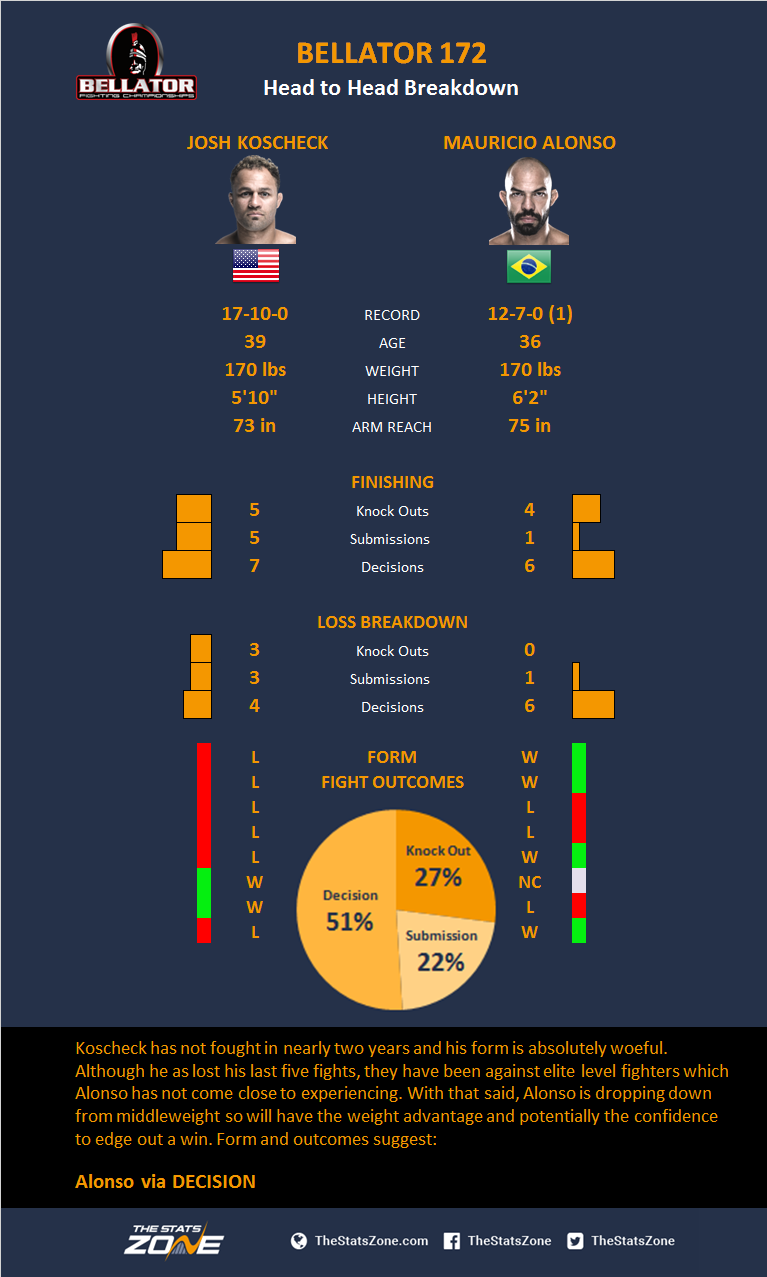