Atletico Madrid face Bayern tonight and the chances are they will be relying on their stout defensive organisation to get them through to the UEFA Champions League final. Given just how impressive they have been this season, TSZ wanted to look at their defensive numbers in recent seasons to see how they measure over the years and if they are actually improving that aspect of their game.

The very first stat we wanted to look at was how their ‘goals per game against’ stats had evolved over time. In 2009/10, they conceded 1.55 goals per game. Every single year since then, that number has dropped with the exception of one season which remained the same. That figure this season stands at an amazing 0.45 goals per game against over their 47 matches in the Spanish league and Champions League. 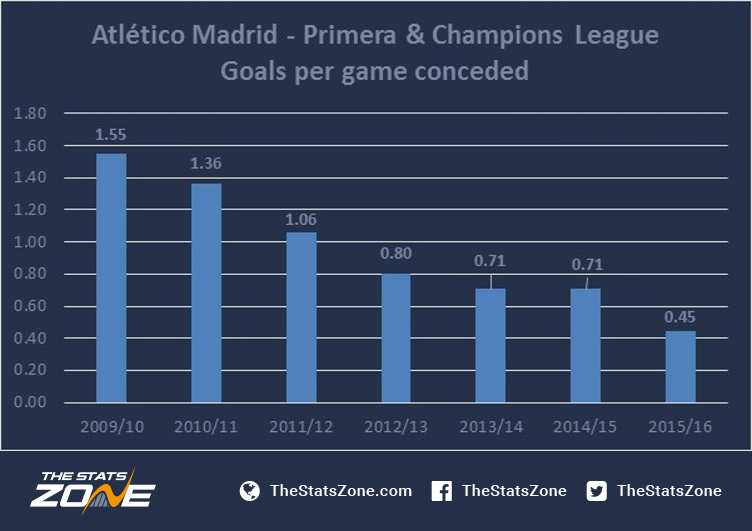 The second statistic we want to check was whether they were still winning the same number of games as they had reduced the goals per games they were conceding. Naturally, the lower the amount of goals in a game, the more likely the draw becomes. 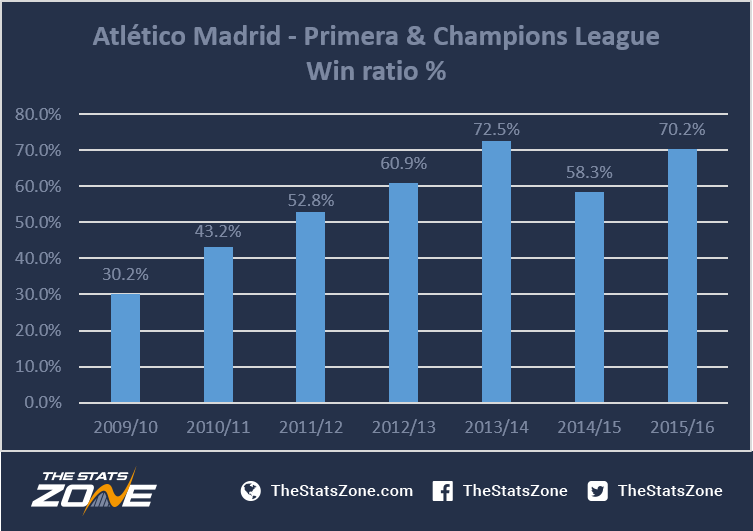 That has not been the case however. They have won more and more matches over the seasons and this season managed to maintain a high win ratio throughout. This season is extremely close to the 2013/14 season when they won the title and lost in the Champions League final to city rivals Real Madrid with a 72.5% win ratio that season. 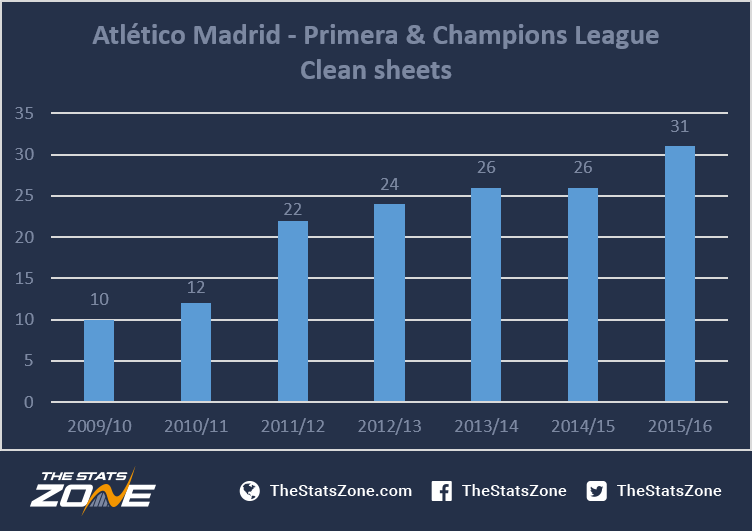 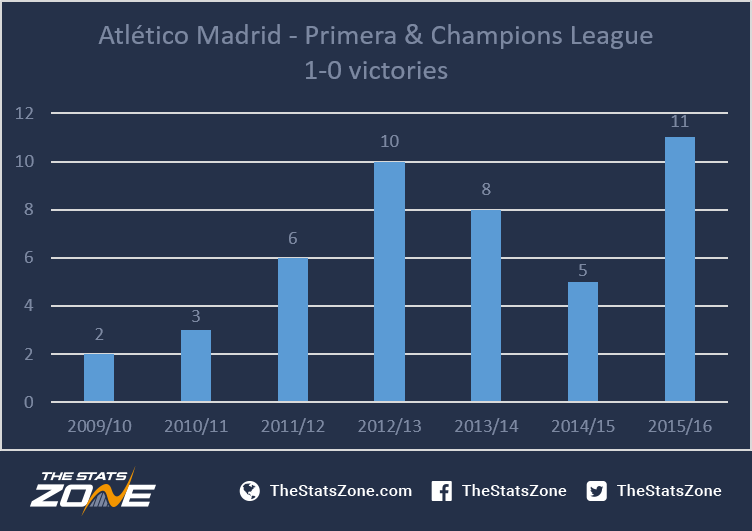 Last but not least, we want to see how matches they have been winning by the minimum 1-0 scoreline. Their previous best was in 2012/13 when they managed 10, but they have already surpassed this season with 11 victories 1-0.

Regardless of the outcome tonight, the evolution of Diego Simeone’s defence in recent seasons has been spectacular. Atletico are arguably as good as any team in recent history from a defensive perspective. If they are to succeed tonight, then it will be their defence that has successfully withstood this impressive Bayern attack.