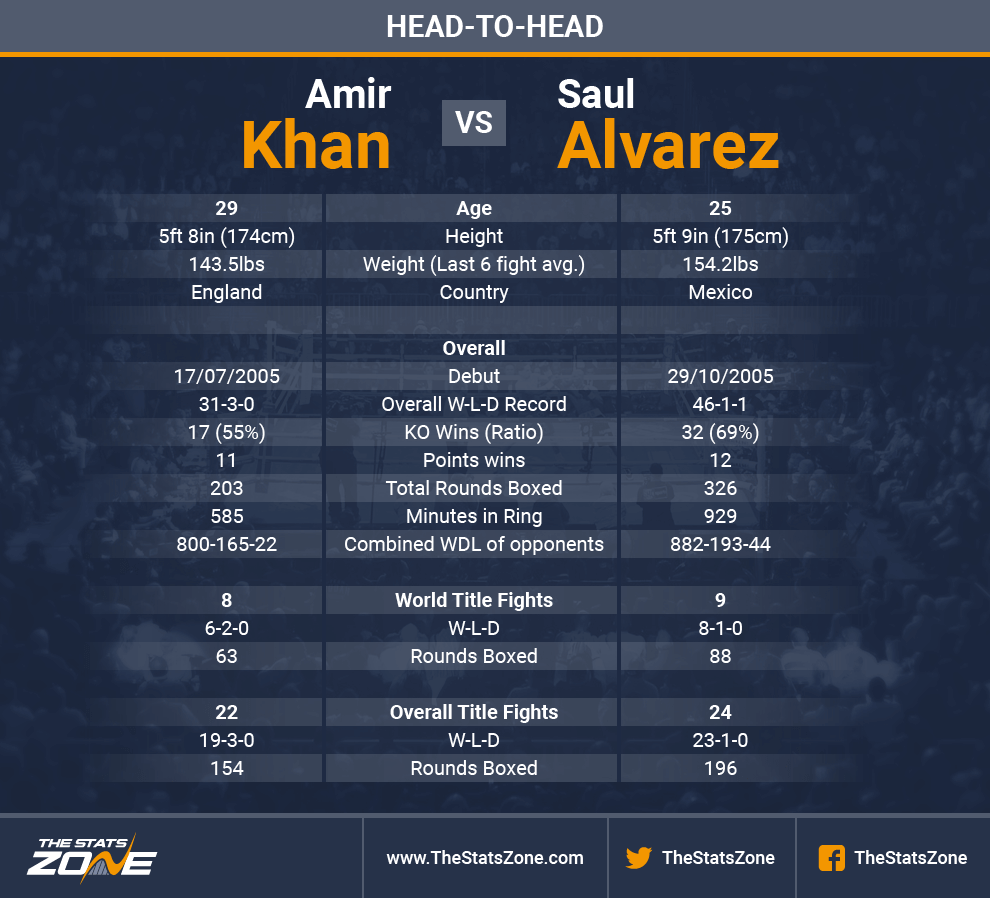 • Amir Khan has only fought twice outside the United States in the last six years when he fought Paul McCloskey in Manchester and Julio Diaz in Sheffield. Otherwise, 9 of his last 11 have been in the States, so a fight in Vegas will hold no fears for him here.

• The catchweight of 155 will be the highest weight Khan has ever fought at. His last three fights have been at 147, but the previous 30 were all at 140 or lower.

• 6 of Alvarez’s 9 world title fights have gone the distance including his one and only defeat against Floyd Mayweather.

• 6 of Alvarez’s last 8 fights have all been in Las Vegas, and all 8 have been in the United States.

• Alvarez has fought English fighters on two previous occasions. He won a unanimous decision against Matthew Hatton in 2011, and followed that up in his next fight with a 12th round TKO of Ryan Rhodes.

• Despite being four years younger than Khan, Alvarez has more ring experience in virtually every area - number of fights, minutes in the ring, title fights and so on.

We've given you the core stats on this huge showdown, but who do you make as your favourite and why?