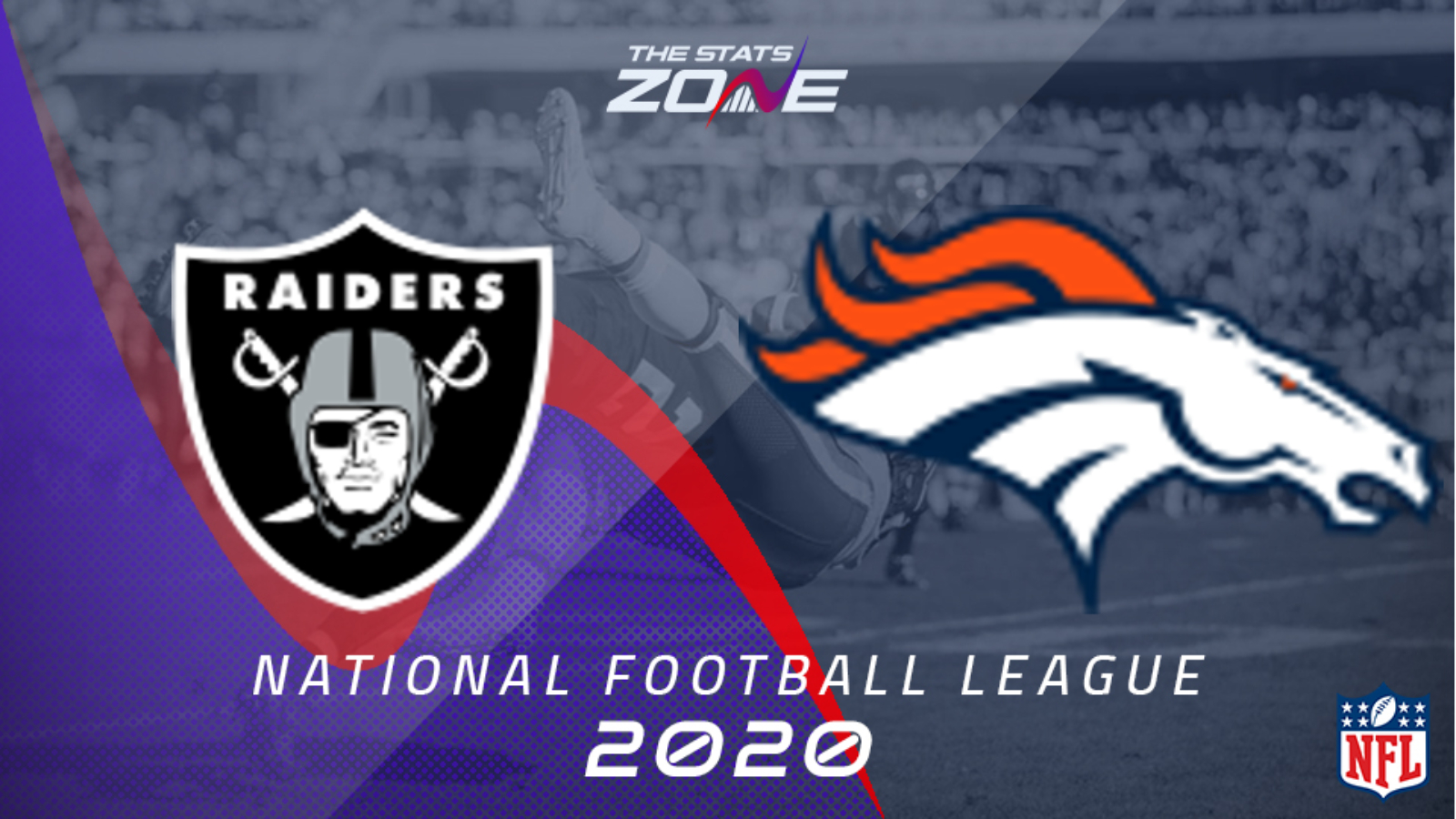 What channel is Las Vegas Raiders @ Denver Broncos on? Sky Sports will be showing live NFL games during the season so it is worth checking their schedule

Where can I stream Las Vegas Raiders @ Denver Broncos? If televised on Sky, subscribers will be able to stream the match live via Sky Go. Subscribers to NFL GAMEPASS can also stream matches live on their platform

Where can I get tickets for Las Vegas Raiders @ Denver Broncos? Check Ticketmaster for ticket information on selected games

What was the outcome in the last meeting? Denver Broncos 12-37 Las Vegas Raiders

Las Vegas Raiders only have themselves to blame having missed out on the play-offs this season. They went from 6-3 to 7-8 having lost five of their last six matches with their latest loss coming against Miami Dolphins in a contest they were beaten by just a single point as time expired which summed up their season. They now finish off against AFC West rivals Denver Broncos who are also out of form having lost four of their last five. Neither team makes great appeal here but the Raiders were big winners earlier in the season when the two teams last met and they should be too good once again.