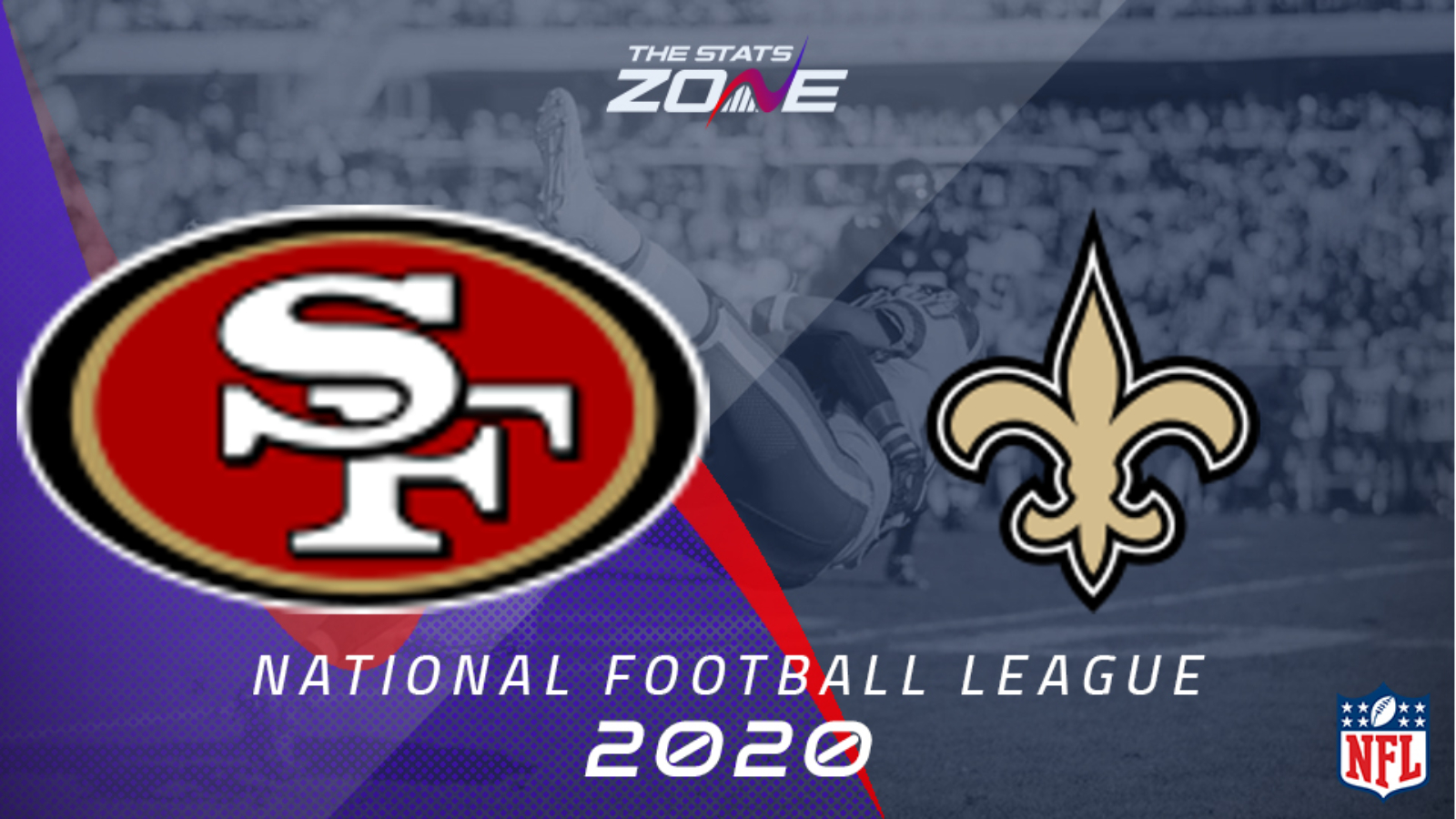 What channel is San Francisco 49ers @ New Orleans Saints on? Sky Sports will be showing live NFL games during the season so it is worth checking their schedule

Where can I stream San Francisco 49ers @ New Orleans Saints? If televised on Sky, subscribers will be able to stream the match live via Sky Go. Subscribers to NFL GAMEPASS can also stream matches live on their platform

Where can I get tickets for San Francisco 49ers @ New Orleans Saints? Check Ticketmaster for ticket information on selected games

What was the outcome in the last meeting? San Francisco 49ers 48-46 New Orleans Saints

New Orleans Saints were uninspiring in their win over Chicago Bears but they made a big statement with a huge victory over NFC South rivals Tampa Bay Buccaneers last week. They leapfrogged their opponents into top spot in the division after the 38-3 blowout and they will be eager to build on that as they go in search of a sixth successive win. The #1 seed in the NFC is very much in their sights and this clash with San Francisco 49ers represents a brilliant chance for them to extend their winning streak. The injury-hit 49ers were blown away by Green Bay Packers last week and coming up against another high-powered offense spells trouble for the road team with the Saints able to cover the -10 spread in this one.