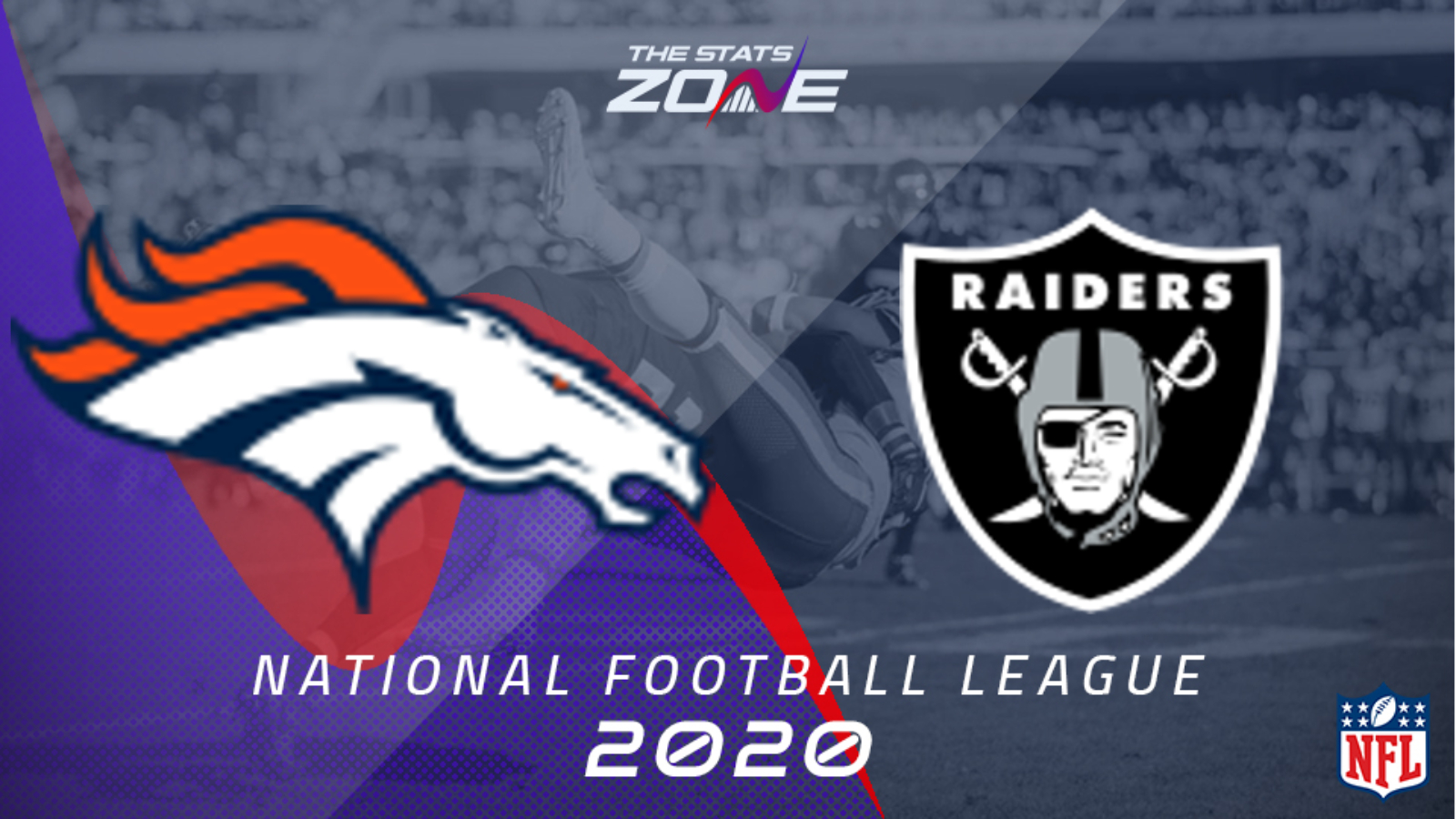 What is the expected weather for Denver Broncos @ Las Vegas Raiders? 19c, sunny

What channel is Denver Broncos @ Las Vegas Raiders on? Sky Sports will be showing live NFL games during the season so it is worth checking their schedule

Where can I stream Denver Broncos @ Las Vegas Raiders? If televised on Sky, subscribers will be able to stream the match live via Sky Go. Subscribers to NFL GAMEPASS can also stream matches live on their platform

Where can I get tickets for Denver Broncos @ Las Vegas Raiders? Check Ticketmaster for ticket information on selected games

What was the outcome in the last meeting? Las Vegas Raiders 15-16 Denver Broncos

Denver Broncos were unable to build on their dramatic victory over Los Angeles Chargers as they were defeated by Atlanta Falcons last week. Their defense struggled once again and they have now allowed 107 points in their past three games. They take on Las Vegas Raiders in this AFC West clash with the home team coming into this full of confidence having moved to 5-3 with a win over the Chargers last week. They look capable of mounting a challenge for a play-off spot and with the Broncos failing to keep their recent opponents at bay, the Raiders should be able to make it three consecutive wins in this one.