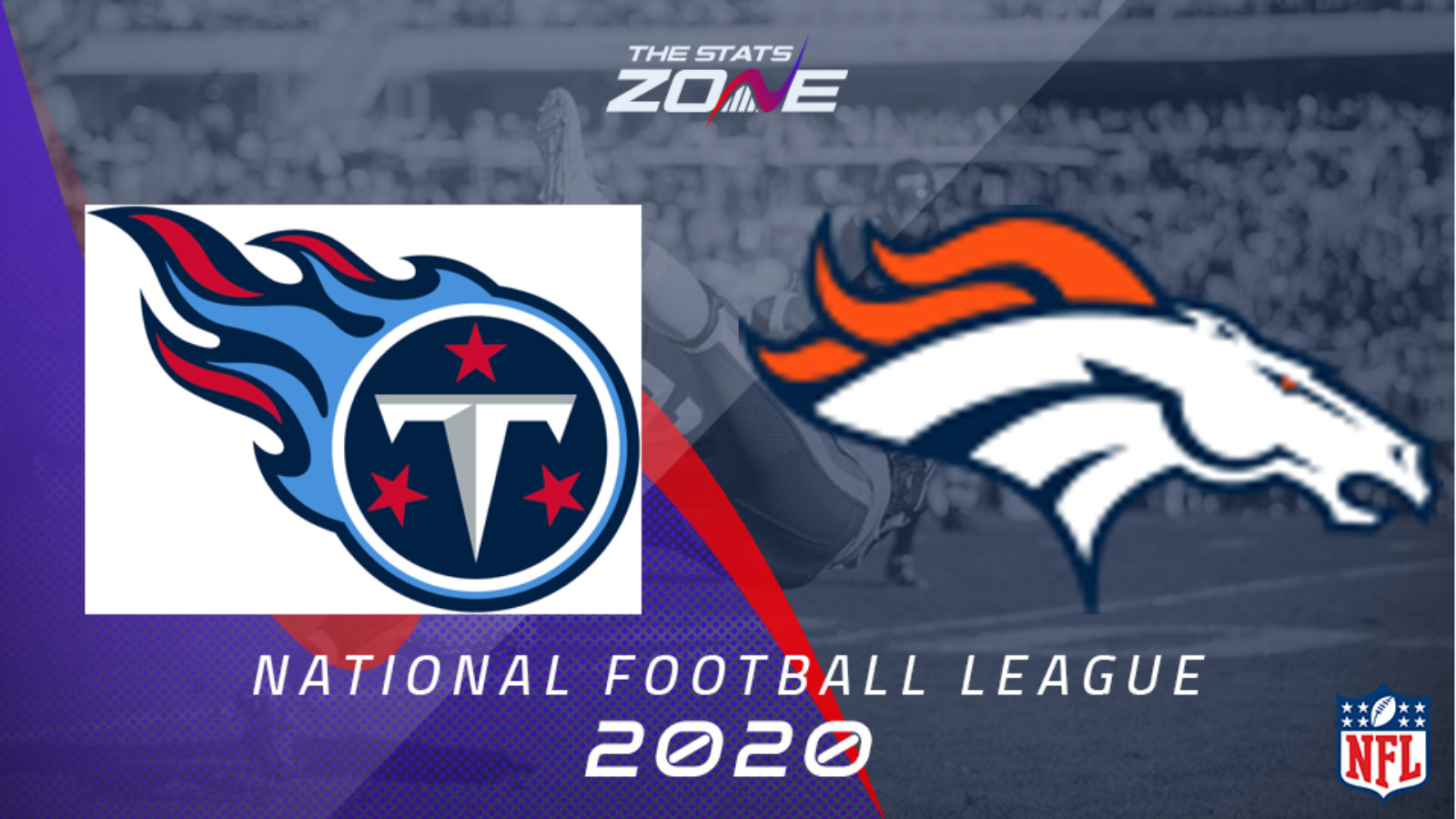 What is the expected weather for Tennessee Titans @ Denver Broncos? 25c, clear skies

What channel is Tennessee Titans @ Denver Broncos on? Sky Sports will be showing live NFL games during the season so it is worth checking their schedule

Where can I stream Tennessee Titans @ Denver Broncos? If televised on Sky, subscribers will be able to stream the match live via Sky Go. Subscribers to NFL GAMEPASS can also stream matches live on their platform

Where can I get tickets for Tennessee Titans @ Denver Broncos? Check Ticketmaster for ticket information on selected games

What was the outcome in the last meeting? Tennessee Titans 0-16 Denver Broncos

Tennessee Titans enjoyed a successful season last time out but fell one game short in their quest to make the Super Bowl as they were defeated in the AFC Conference Championship by eventual champions Kansas City Chiefs. They will hope to at least match their efforts this year and will head to Denver to face the Broncos in a bid to get off to a strong start. The Broncos have suffered a devastating blow in the build-up to this game with key man Von Miller ruled out for a significant period with an ankle injury and their defense looks significantly weaker without him. That spells trouble for the home team and they are unlikely to be able to deal with the Tennessee offense led by QB Ryan Tannehill and RB Derrick Henry.