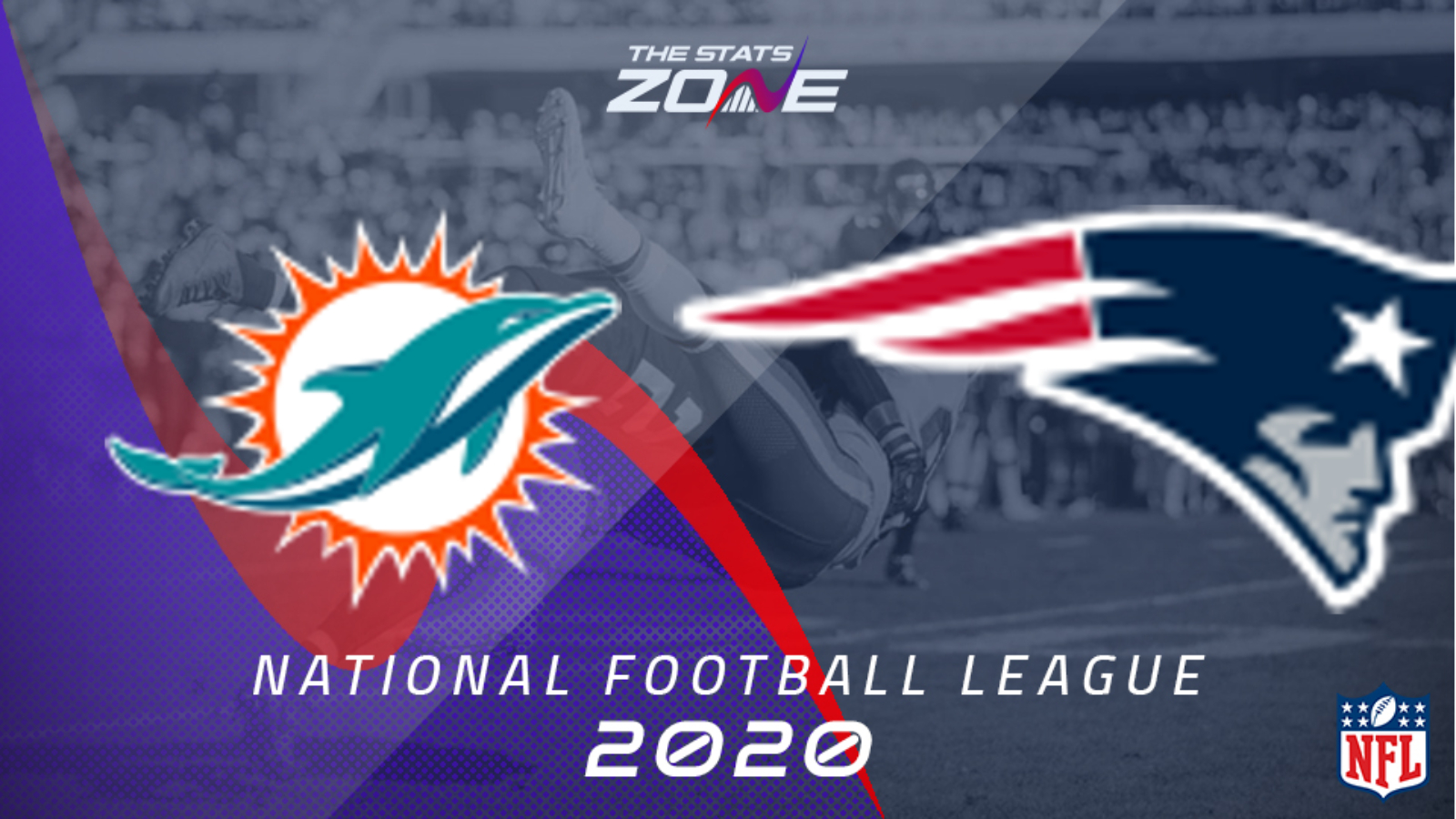 What is the expected weather for Miami Dolphins @ New England Patriots? 26c sunny

What channel is Miami Dolphins @ New England Patriots on? Sky Sports will be showing live NFL games during the season so it is worth checking their schedule

Where can I stream Miami Dolphins @ New England Patriots? If televised on Sky, subscribers will be able to stream the match live via Sky Go. Subscribers to NFL GAMEPASS can also stream matches live on their platform

Where can I get tickets for Miami Dolphins @ New England Patriots? Check Ticketmaster for ticket information on selected games

What was the outcome in the last meeting? Miami Dolphins 27-24 New England Patriots

The departure of Tom Brady signals a major change in Foxborough for the Patriots and the change is not helped by several of their key players opting out of the 2020 season due to the COVID-19 pandemic. They will be hoping Cam Newton can hit the ground running while if there is one coach who can bridge the gap without pre-season matches, it is Bill Belichick. They welcome Miami Dolphins to Gilette Stadium and they will still be confident of beating their divisional rivals. That may not be as easy as it has been in recent seasons as the Dolphins figure to have a good run game which will keep them competitive here as long as they do not fall too far behind. The Dolphins start with 7.5 points here and while they may not spring the upset and win, they are capable of keeping within that against this weakened Patriots team.