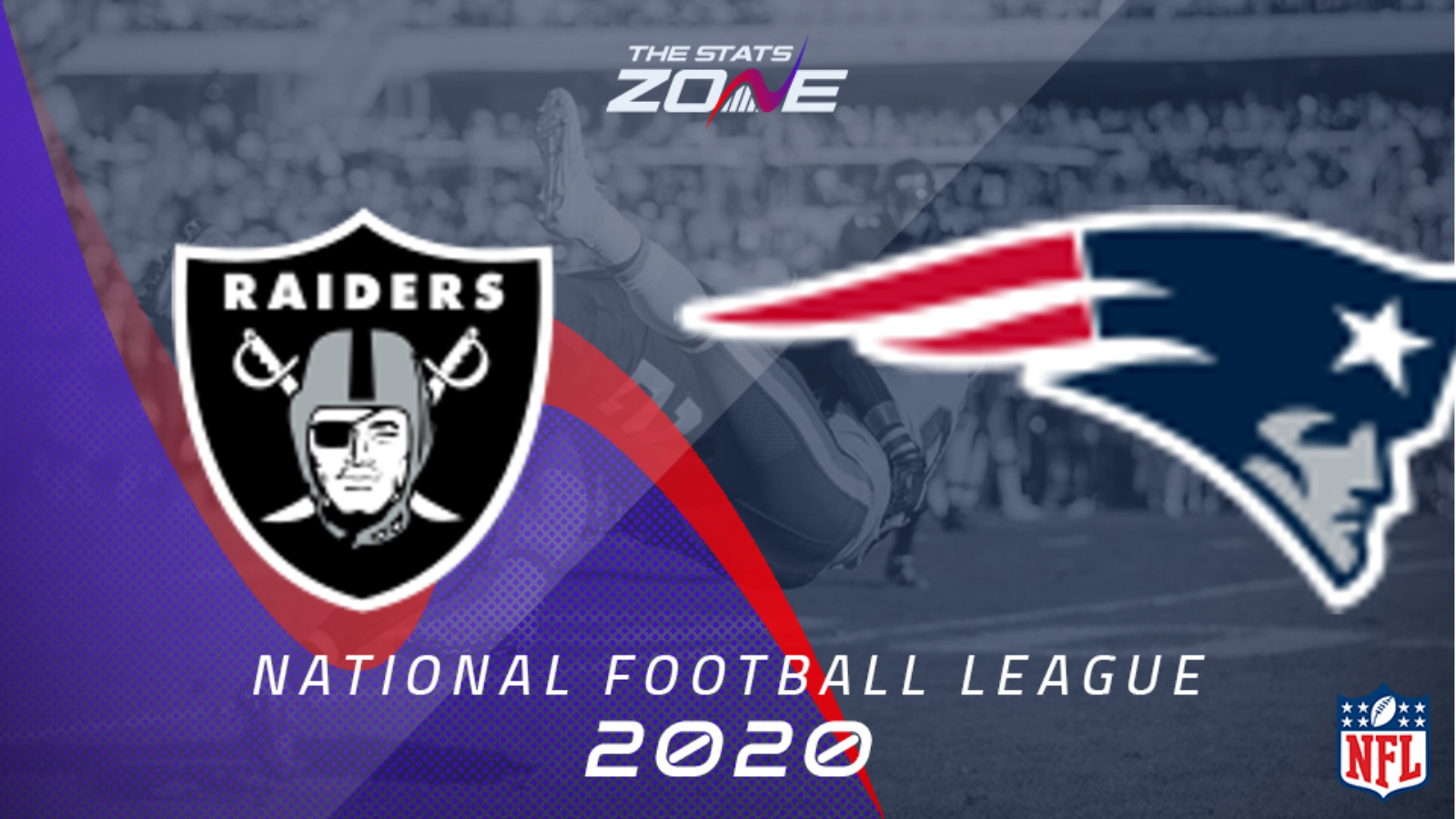 What channel is Las Vegas Raiders @ New England Patriots on? Sky Sports will be showing live NFL games during the season so it is worth checking their schedule

Where can I stream Las Vegas Raiders @ New England Patriots? If televised on Sky, subscribers will be able to stream the match live via Sky Go. Subscribers to NFL GAMEPASS can also stream matches live on their platform

Where can I get tickets for Las Vegas Raiders @ New England Patriots? Check Ticketmaster for ticket information on selected games

What was the outcome in the last meeting? New England Patriots 33-8 Las Vegas Raiders

Las Vegas Raiders surprisingly sit at 2-0 after a superb start to the season with Monday Night Football’s win over New Orleans Saints a very impressive result for them. They will hope to build on that as they travel to Gillette Stadium to face the 1-1 New England Patriots. The Pats went down to their first loss of the season as Seattle Seahawks produced a solid goal line stand to keep them at bay in a highly entertaining game last week but QB Cam Newton highlighted his worth to his new team with a big performance and he should only improve with more time in this system. Both teams have shown they are capable of posting points so far and that should mean a contest with at least 47 in this one.