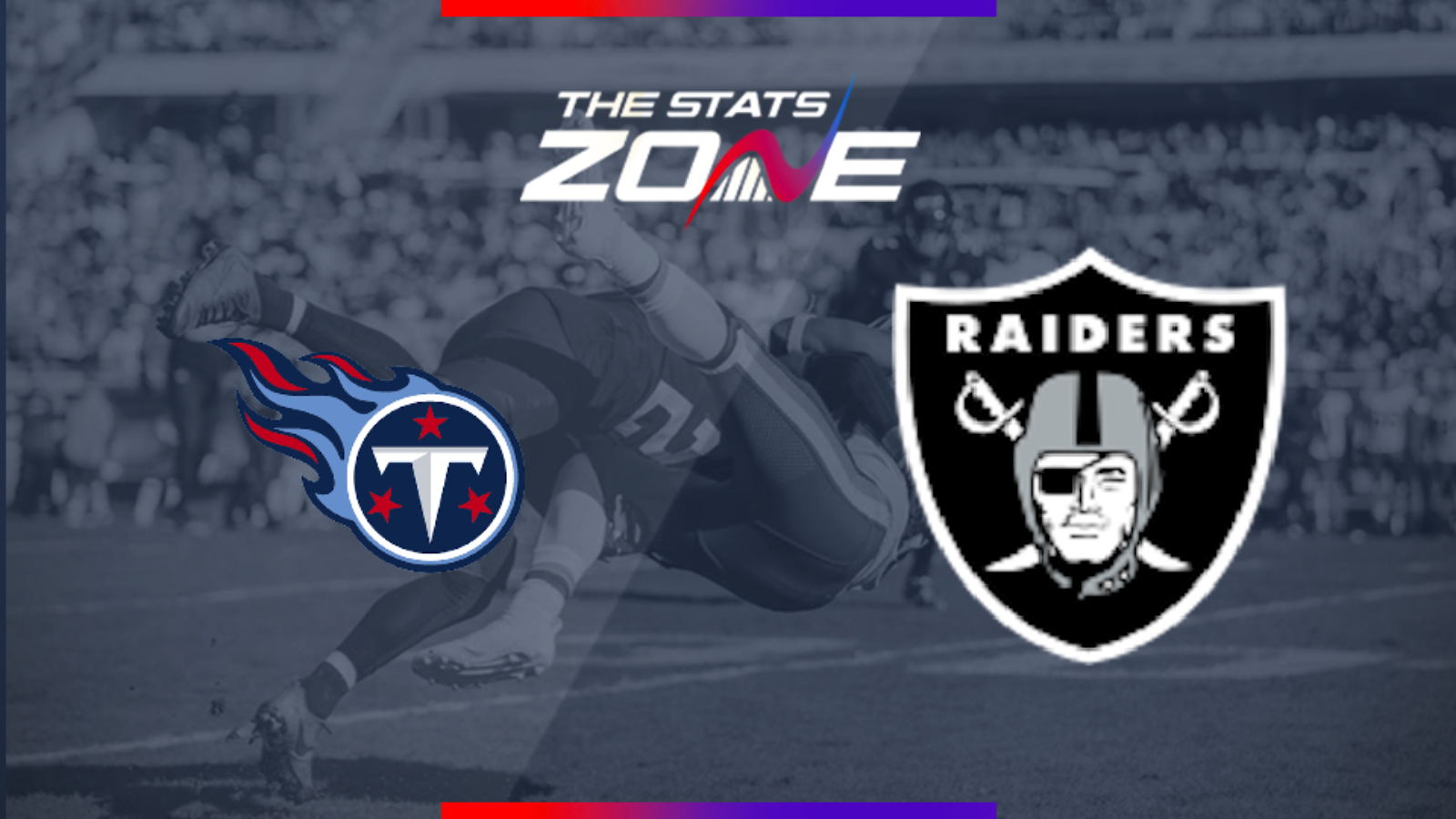 What is the expected weather for Tennessee Titans @ Oakland Raiders? 13c in mostly sunny skies

What television channel is Tennessee Titans @ Oakland Raiders on? Sky Sports will be showing live NFL games during the season so it is worth checking their schedule

Where can I stream Tennessee Titans @ Oakland Raiders? Subscribers to NFL GAMEPASS can stream matches live on their platform

Where can I get tickets for Tennessee Titans @ Oakland Raiders? Check Ticketmaster for ticket information on selected games

What was the outcome in the last meeting? Oakland Raiders 26-16 Tennessee Titans

Tennessee can move another step closer to securing their play-off berth as they travel to Oakland. The Raiders have put in two extremely poor performances in a row and their own post-season hopes are evaporating but they could suffer a fatal blow with the Titans likely to win this. The road team’s chances in this game could be impacted if running back Derrick Henry cannot suit up but he is expected to manage his hamstring injury and should play a key role in another win for his team. 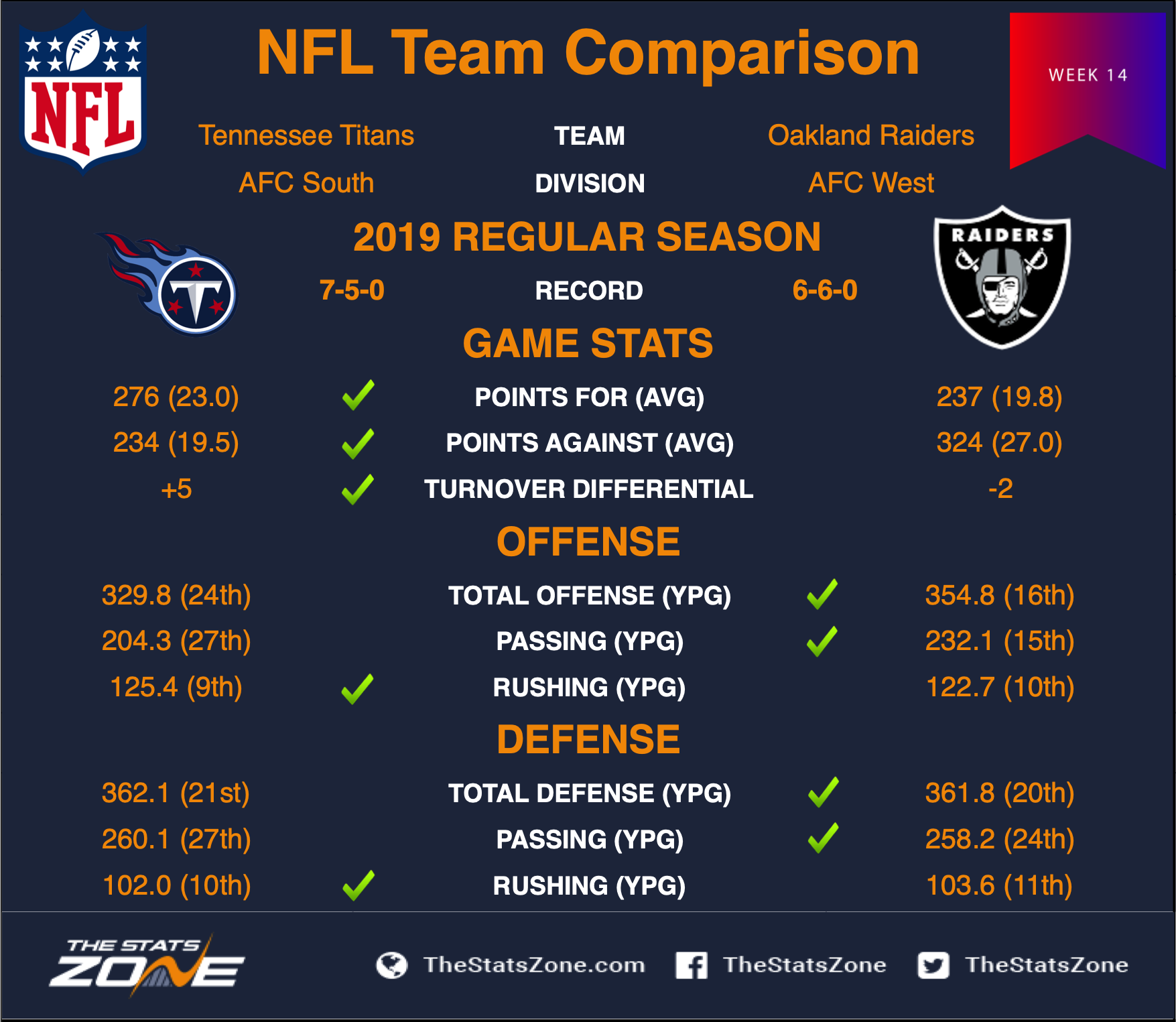