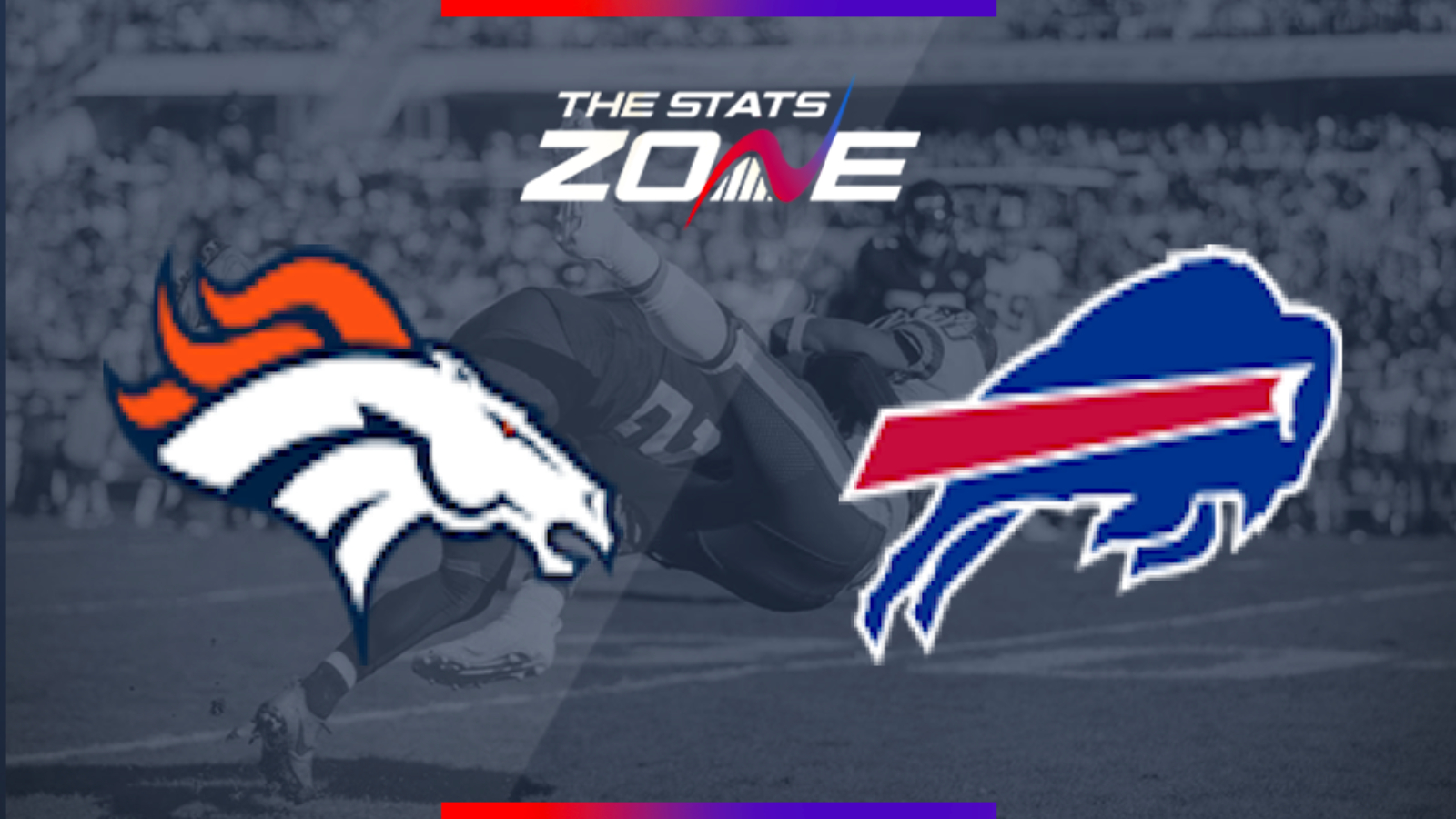 What is the expected weather for Denver Broncos @ Buffalo Bills? 3c in cloudy skies

What television channel is Denver Broncos @ Buffalo Bills on? Sky Sports will be showing live NFL games during the season so it is worth checking their schedule

Where can I stream Denver Broncos @ Buffalo Bills? Subscribers to NFL GAMEPASS can stream matches live on their platform

Where can I get tickets for Denver Broncos @ Buffalo Bills? Check Ticketmaster for ticket information on selected games

What was the outcome in the last meeting? Denver Broncos 16-26 Buffalo Bills

Denver were dominant in the first half against Minnesota last week but threw away a big half-time lead which left some serious questions surrounding the character and ability of their roster. They now travel to Buffalo to face a side who produced a good all-round effort last week and have put themselves in a strong position for a tilt at the post-season. With New England looking likely to claim the division, a wildcard looks to be Buffalo’s route to the play-offs but they must keep winning to make that a reality and they should be able to do just that in this game to improve to 8-3. 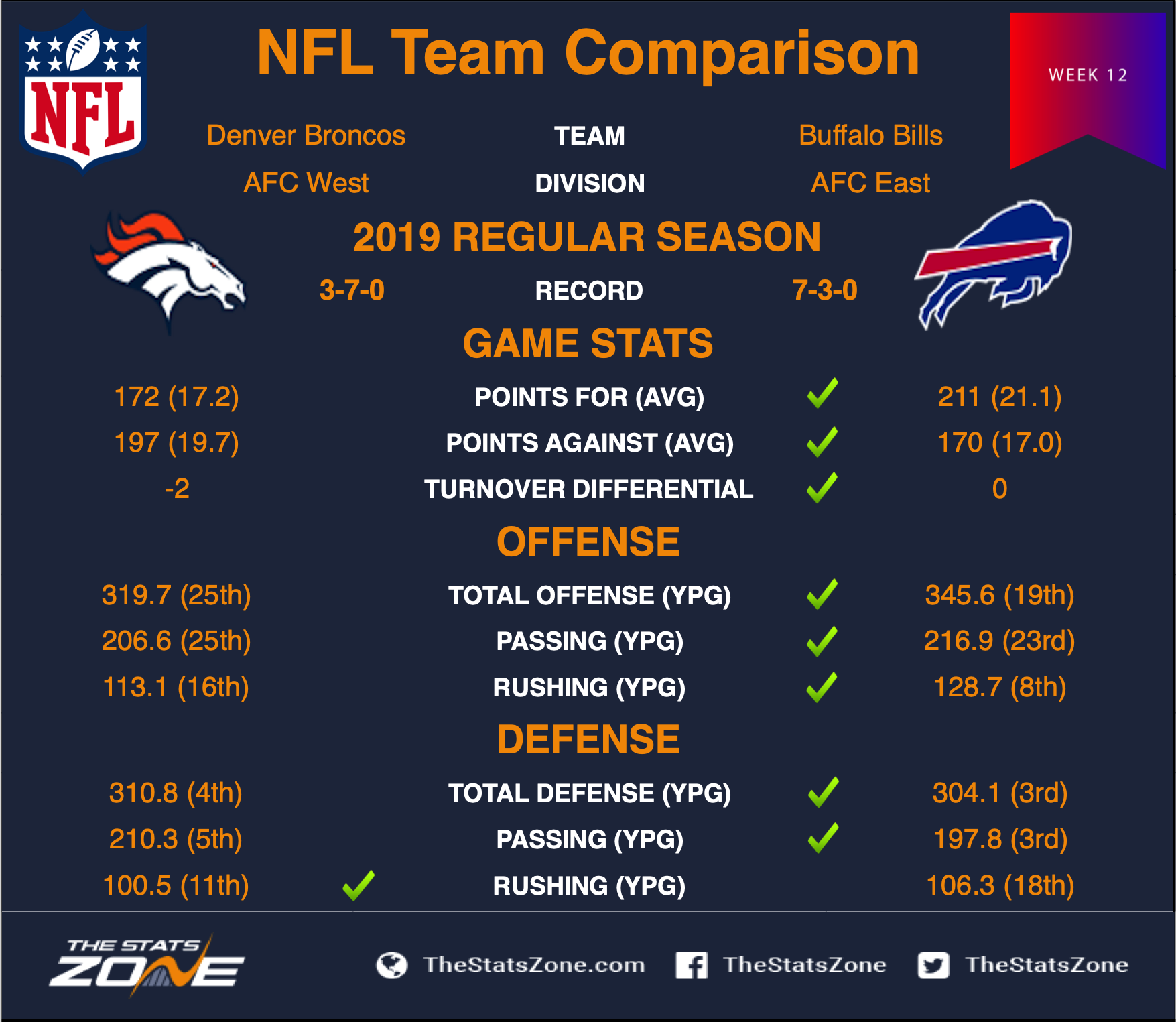