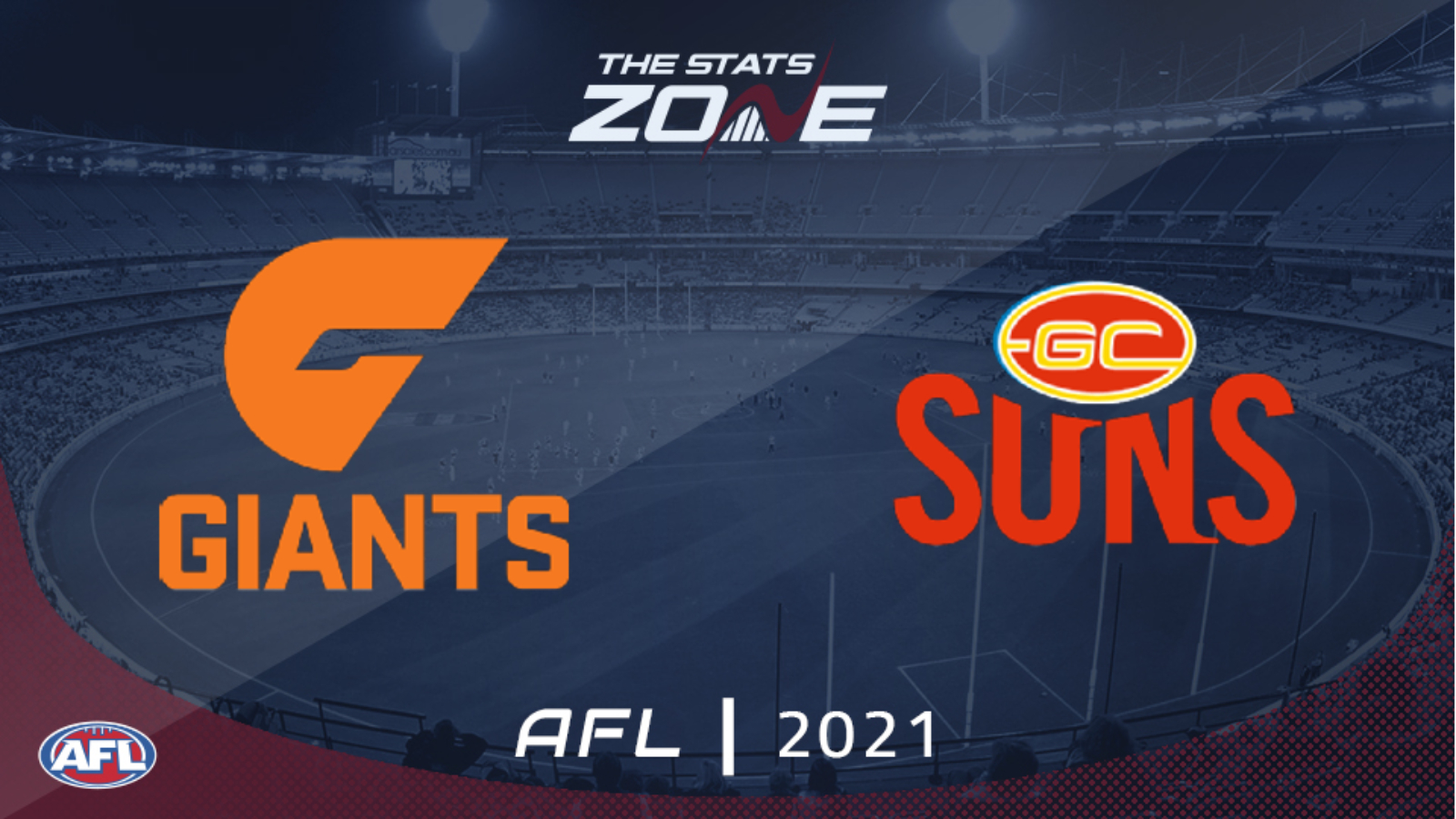 Where can I get tickets for GWS Giants vs Gold Coast Suns? Click here for ticket information on 2021 AFL matches

What television channel is GWS Giants vs Gold Coast Suns on? In the UK, five matches each week will be televised on BT Sport and you can see their schedule here. For the TV channel in Australia, visit this link

Where can I stream GWS Giants vs Gold Coast Suns? If the match is televised in the UK, then BT Sport subscribers will be able to stream it live via BT Sport Player. Additionally, those with a Watch AFL subscription can stream any 2021 AFL match live (outside of Australia). Those in Australia can stream any match live via AFL Live Pass

GWS Giants produced a shock by beating Melbourne last week and they showed that on their day, they can beat any side in the competition. However, it is consistency that the Giants lack and they will want to back that success up by seeing off Gold Coast Suns here. It is just two wins in five for the Giants while the Suns come into this clash having ended a three-match losing streak. They also produced a shock by beating Richmond last time out and while they will be full of confidence, it is the Giants that can prevail in this one to make it ten straight victories in meetings between the two.