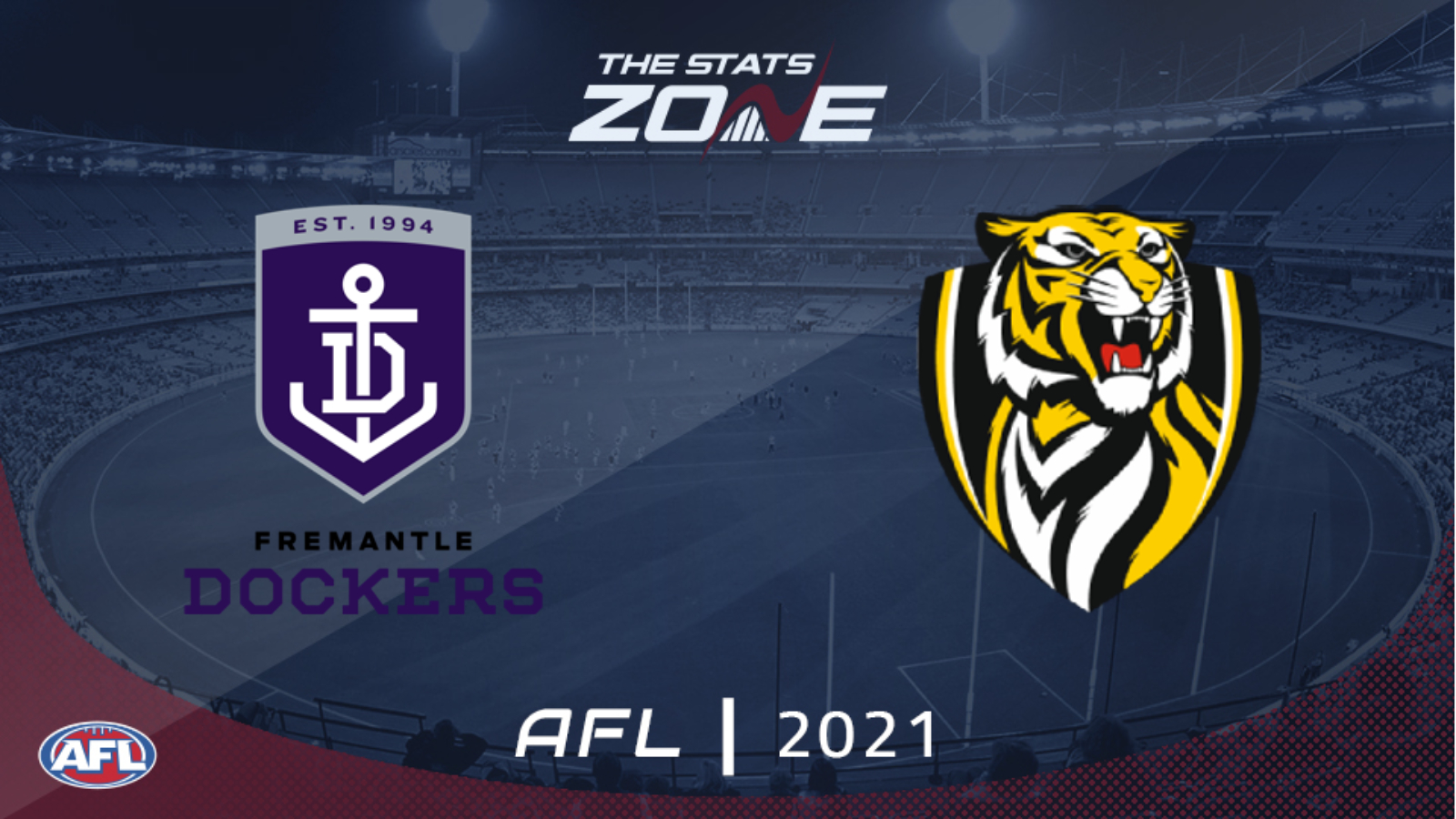 Where is Fremantle vs Richmond taking place? Optus Stadium, Perth

Where can I get tickets for Fremantle vs Richmond? Click here for ticket information on 2021 AFL matches

What television channel is Fremantle vs Richmond on? In the UK, five matches each week will be televised on BT Sport and you can see their schedule here. For the TV channel in Australia, visit this link

Where can I stream Fremantle vs Richmond? If the match is televised in the UK, then BT Sport subscribers will be able to stream it live via BT Sport Player. Additionally, those with a Watch AFL subscription can stream any 2021 AFL match live (outside of Australia). Those in Australia can stream any match live via AFL Live Pass

Fremantle and Richmond are locked on 32 points apiece with both outside of the top eight at present so this is an important contest. As the reigning champions, the pressure is on the Tigers and that is particularly the case having won just one of their last six matches. They were comfortably beaten by Geelong Cats last week but the Dockers have lost their last two after being swept aside by Sydney Swans last time out. There is little to split the pair here and in a game that could go either way, it looks likely that there will be no more than 20 points between them.