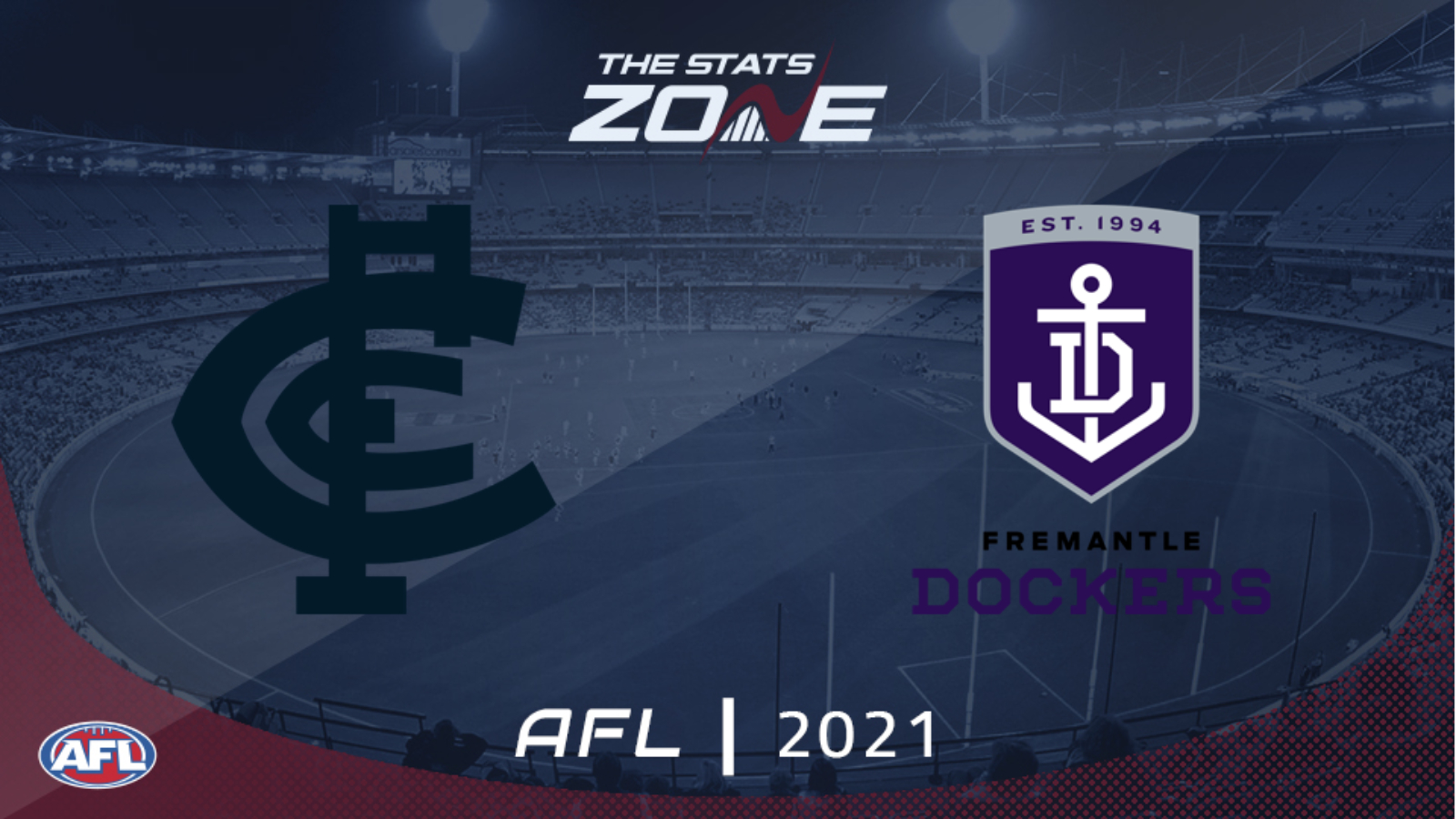 Where is Carlton vs Fremantle taking place? Marvel Stadium, Melbourne

Where can I get tickets for Carlton vs Fremantle? Click here for ticket information on 2021 AFL matches

What television channel is Carlton vs Fremantle on? In the UK, five matches each week will be televised on BT Sport and you can see their schedule here. For the TV channel in Australia, visit this link

Where can I stream Carlton vs Fremantle? If the match is televised in the UK, then BT Sport subscribers will be able to stream it live via BT Sport Player. Additionally, those with a Watch AFL subscription can stream any 2021 AFL match live (outside of Australia). Those in Australia can stream any match live via AFL Live Pass

Carlton made it back-to-back losses to begin the campaign and worryingly for the Blues, they is their poor defensive efforts in those games. They have twice conceded triple figures and that is an area they will be desperate to improve, especially as they have performed well with the ball themselves. They now take on Fremantle in a bid to get off the mark for the season but the Dockers saw off GWS Giants last week and with the Blues now losing their last four stretching back to last season, the visitors can record back-to-back successes with the benefit of a +16.5 start.