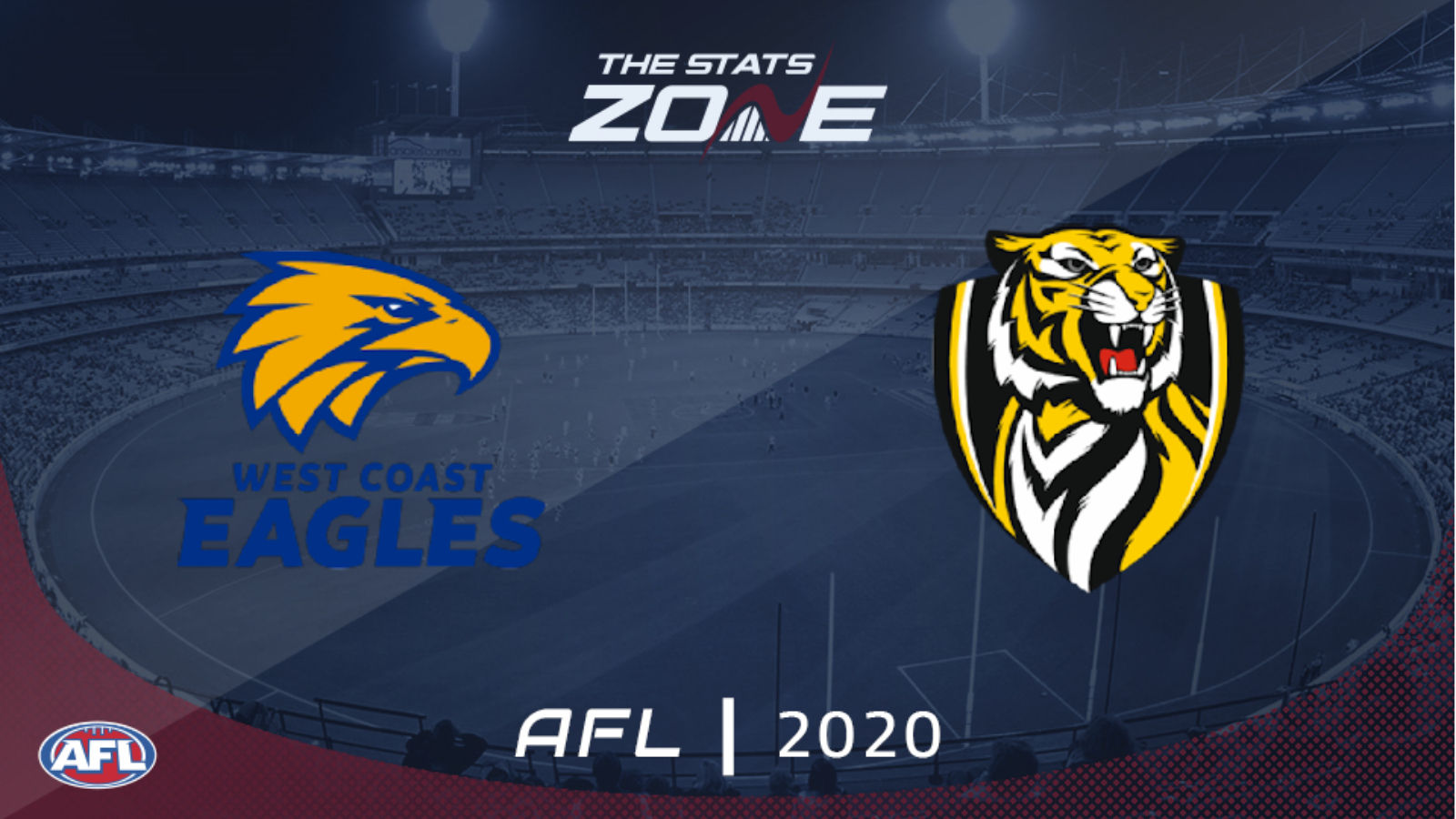 What television channel is West Coast Eagles vs Richmond on? In the UK, five matches each week will be televised on BT Sport and you can see their schedule here. For the TV channel in Australia, visit this link

Where can I stream West Coast Eagles vs Richmond? If the match is televised in the UK, then BT Sport subscribers will be able to stream it live via BT Sport Player. Additionally, those with a Watch AFL subscription can stream any 2020 AFL match live (outside of Australia). Those in Australia can stream any match live via AFL Live Pass

Where can I get tickets for West Coast Eagles vs Richmond? Click here for ticket information on 2020 AFL matches

West Coast Eagles and Richmond have both started the season poorly but something will have to give as they face-off on the Gold Coast. The reigning premiers will be desperate to put a winning run together after failing to win their last three while the Eagles have lost three in a row with some poor performances with the ball. The Eagles have scored no more than 51 points in each of their first four games and until that figure improves, they are likely to struggle with the Tigers able to win this one.