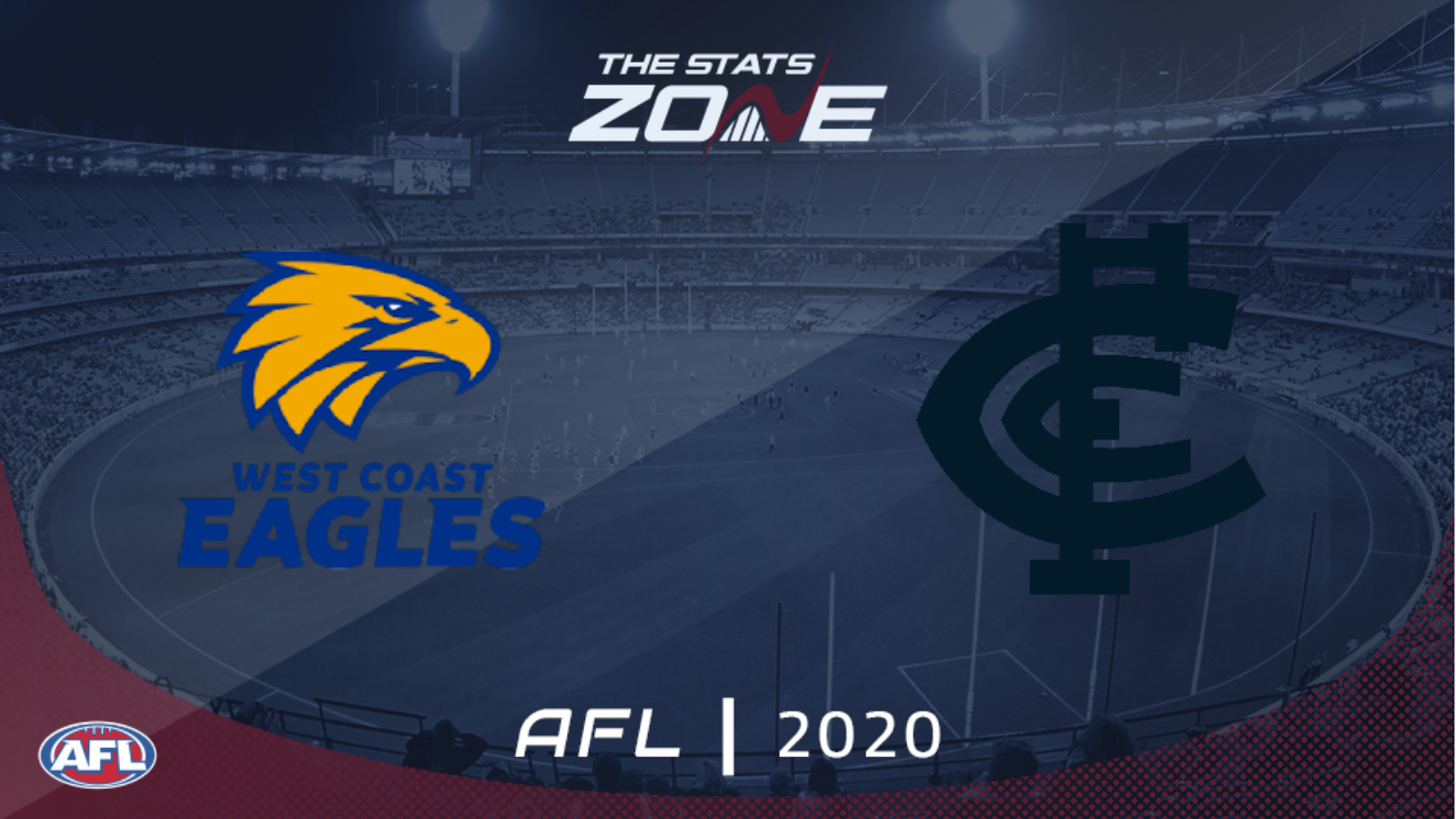 What television channel is West Coast Eagles vs Carlton on? In the UK, five matches each week will be televised on BT Sport and you can see their schedule here. For the TV channel in Australia, visit this link

Where can I stream West Coast Eagles vs Carlton? If the match is televised in the UK, then BT Sport subscribers will be able to stream it live via BT Sport Player. Additionally, those with a Watch AFL subscription can stream any 2020 AFL match live (outside of Australia). Those in Australia can stream any match live via AFL Live Pass

Where can I get tickets for West Coast Eagles vs Carlton? Click here for ticket information on 2020 AFL matches

West Coast Eagles continue to climb up the AFL ladder on the back of a superb run of form and they can end the round in the top four if they can make it six straight wins as they host Carlton. The Blues lost last week as they blew a strong first quarter lead against Hawthorn and their inability to put a winning run together is harming their chances of making the finals. The Eagles look a real handful at present and this is likely to be another victory for them here.