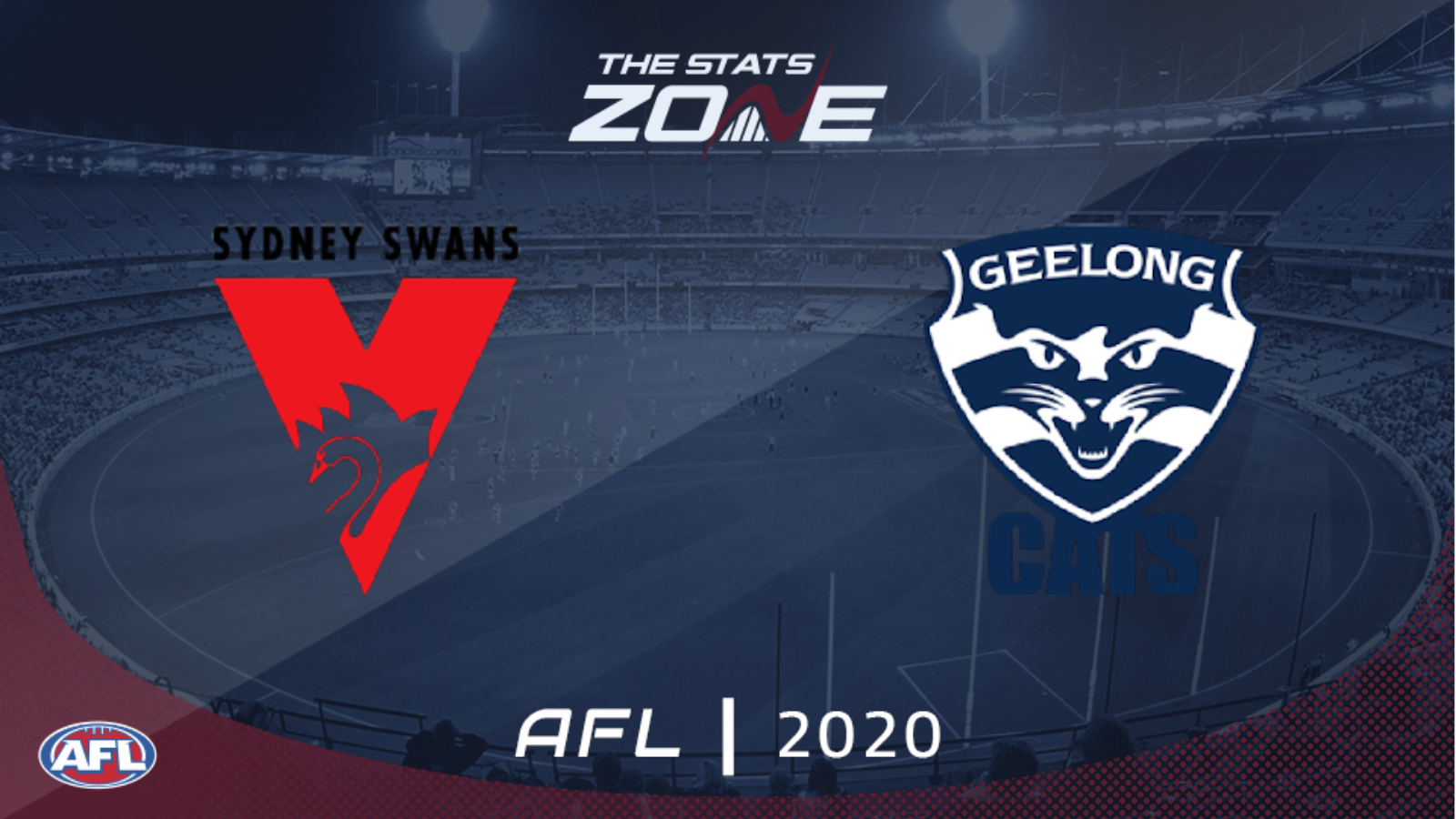 What television channel is Sydney Swans vs Geelong Cats on? In the UK, five matches each week will be televised on BT Sport and you can see their schedule here. For the TV channel in Australia, visit this link

Where can I stream Sydney Swans vs Geelong Cats? If the match is televised in the UK, then BT Sport subscribers will be able to stream it live via BT Sport Player. Additionally, those with a Watch AFL subscription can stream any 2020 AFL match live (outside of Australia). Those in Australia can stream any match live via AFL Live Pass

Where can I get tickets for Sydney Swans vs Geelong Cats? Click here for ticket information on 2020 AFL matches

15th-placed Sydney welcome fifth-placed Geelong and it is the visitors who will have the edge in motivation to get the win here. They bring back key men Selwood, Rohan, Steven and Ablett for this game as they look to get the win and carry some momentum into the finals. They rested some players and lost to Richmond last week but they had won their six previous matches before that loss. With Sydney losing four of their last five and ultimately having nothing to play for, expect Geelong to win by more than 26.5 points.