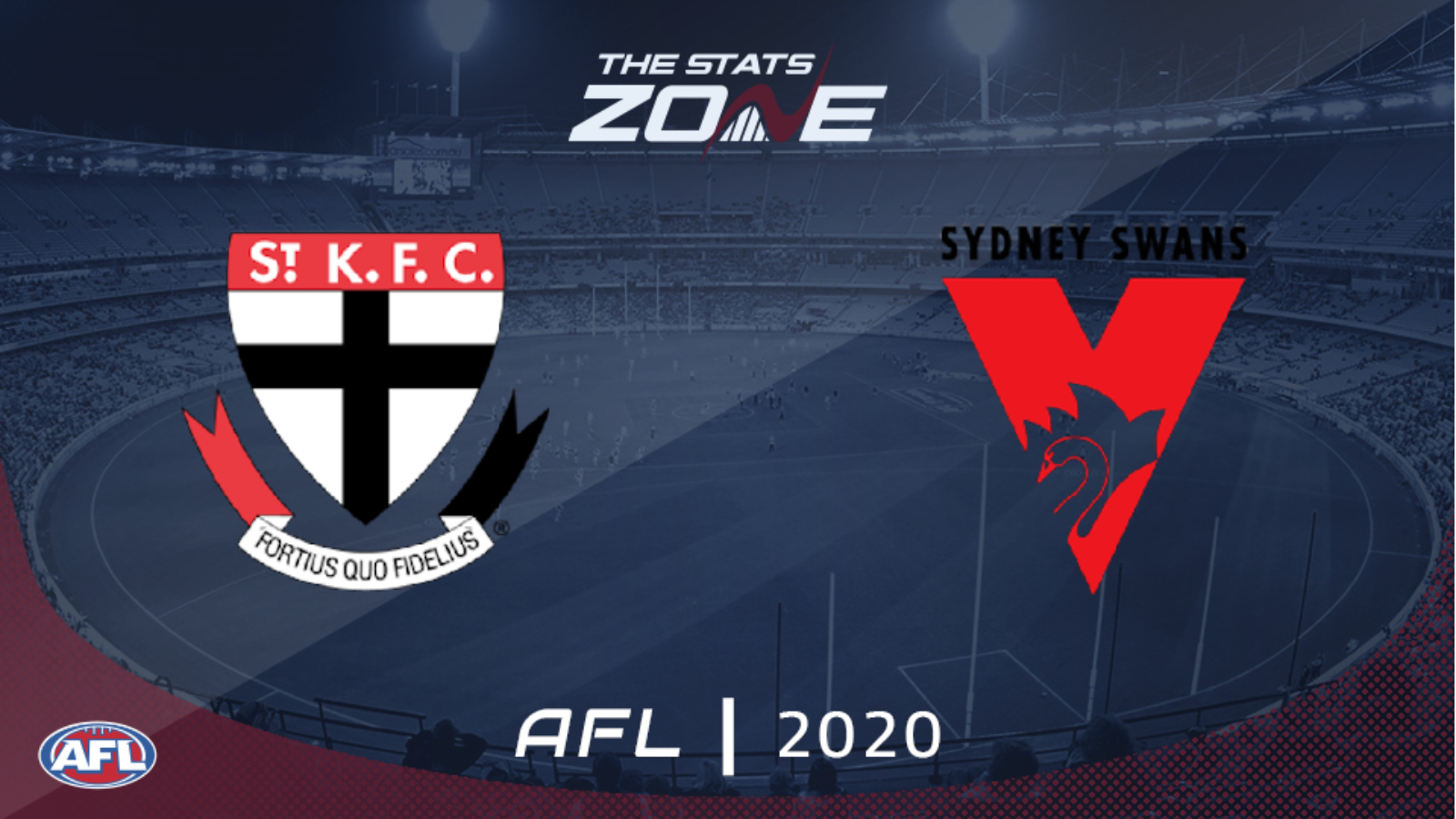 What television channel is St. Kilda vs Sydney Swans on? In the UK, five matches each week will be televised on BT Sport and you can see their schedule here. For the TV channel in Australia, visit this link

Where can I stream St. Kilda vs Sydney Swans? If the match is televised in the UK, then BT Sport subscribers will be able to stream it live via BT Sport Player. Additionally, those with a Watch AFL subscription can stream any 2020 AFL match live (outside of Australia). Those in Australia can stream any match live via AFL Live Pass

Where can I get tickets for St. Kilda vs Sydney Swans? Click here for ticket information on 2020 AFL matches

St. Kilda have shown their potential in some games this season but need to find greater consistency and they will hope that can come after an eye-catching success against the side at the top of the ladder last week. They defeated Port Adelaide thanks to a brilliant fourth quarter display and they will look to kick-on ad they face Sydney Swans who also picked up a win last week. Despite that, the Swans are yet to win successive games in 2020 and it’s the Saints who should be able to build on their win last week which would end a 10-match losing steak against the Sydney side.