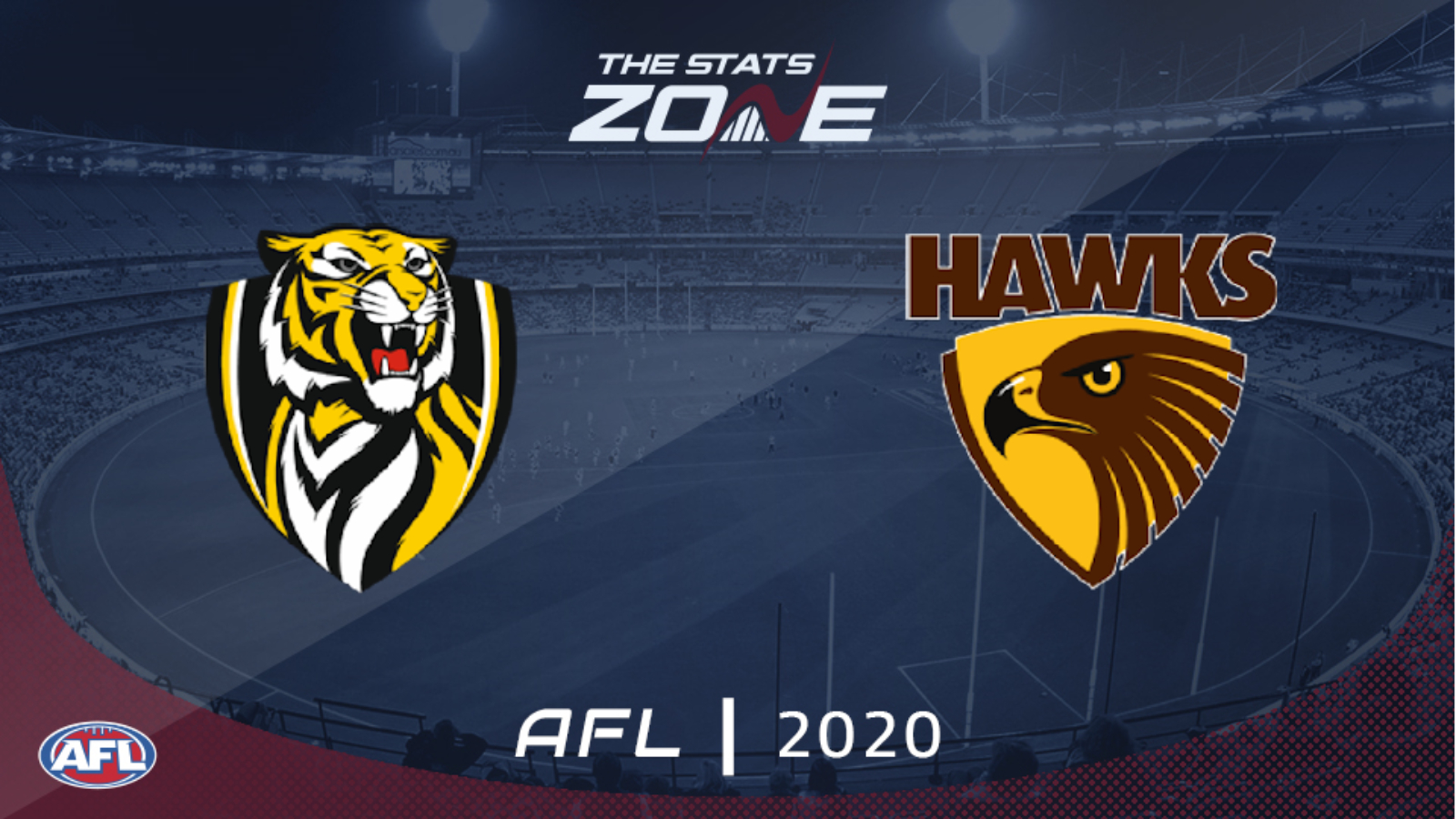 Where is Richmond vs Hawthorn taking place? MCG, Melbourne

What television channel is Richmond vs Hawthorn on? In the UK, five matches each week will be televised on BT Sport and you can see their schedule here. For the TV channel in Australia, visit this link

Where can I stream Richmond vs Hawthorn? If the match is televised in the UK, then BT Sport subscribers will be able to stream it live via BT Sport Player. Additionally, those with a Watch AFL subscription can stream any 2020 AFL match live (outside of Australia). Those in Australia can stream any match live via AFL Live Pass

Where can I get tickets for Richmond vs Hawthorn? Click here for ticket information on 2020 AFL matches

Richmond will have been relieved that their poor start did not cost them their long unbeaten run on their return to action against Collingwood last week but will still be annoyed they failed to come away with the win. They now host Hawthorn who capitulated in the second half against Geelong Cats and that poor showing is likely to be difficult to bounce back from against the reigning premiers with the Tigers able to make it five consecutive wins over the Hawks.