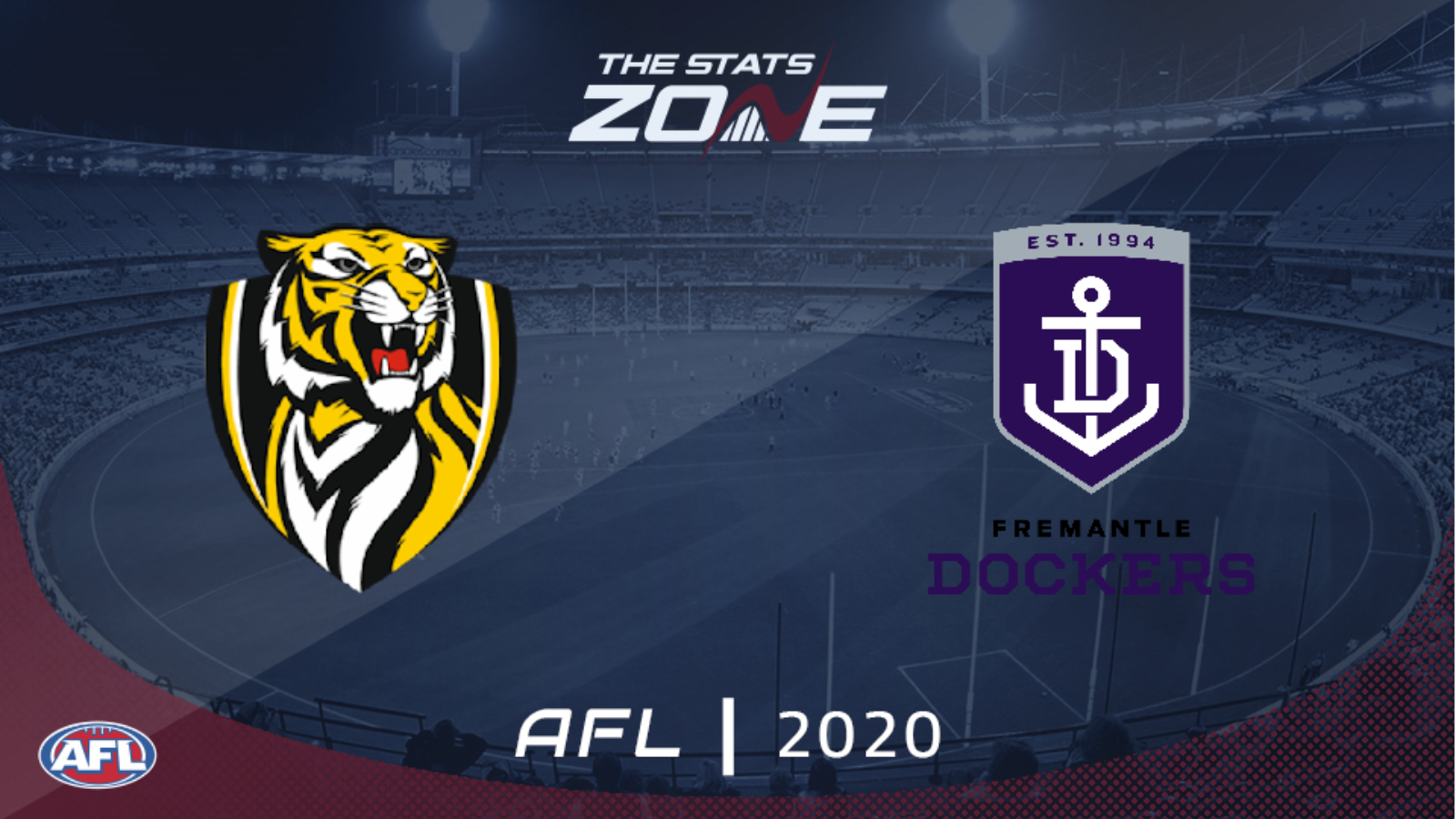 Where is Richmond vs Fremantle taking place? Metricon Stadium, Carrara

What television channel is Richmond vs Fremantle on? In the UK, five matches each week will be televised on BT Sport and you can see their schedule here. For the TV channel in Australia, visit this link

Where can I stream Richmond vs Fremantle? If the match is televised in the UK, then BT Sport subscribers will be able to stream it live via BT Sport Player. Additionally, those with a Watch AFL subscription can stream any 2020 AFL match live (outside of Australia). Those in Australia can stream any match live via AFL Live Pass

Where can I get tickets for Richmond vs Fremantle? Click here for ticket information on 2020 AFL matches

Defending premiers Richmond continued their good run of form as they ended West Coast Eagles’ winning streak last time out. The Tigers look to be improving at just the right time as the regular season draws to a close but they still have work to do to secure a spot in the top four. They have won five of their last six matches and will be eager to improve on that run as they face an inconsistent Fremantle side and although the Dockers still have ambitions of reaching the finals, those hopes are likely to be dashed with the Tigers able to win this by at least 25 points.