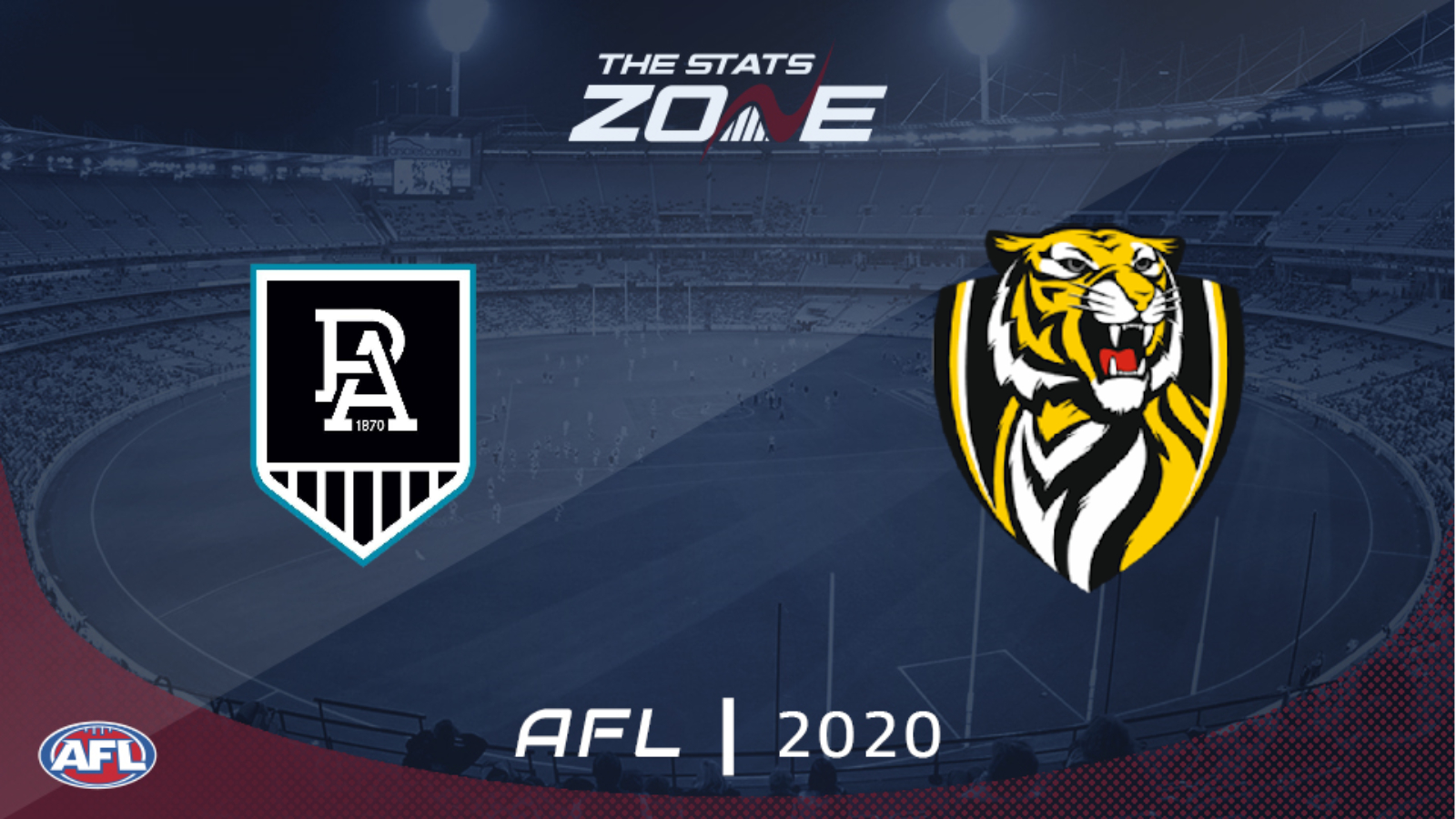 What television channel is Port Adelaide vs Richmond on? In the UK, five matches each week will be televised on BT Sport and you can see their schedule here. For the TV channel in Australia, visit this link

Where can I stream Port Adelaide vs Richmond? If the match is televised in the UK, then BT Sport subscribers will be able to stream it live via BT Sport Player. Additionally, those with a Watch AFL subscription can stream any 2020 AFL match live (outside of Australia). Those in Australia can stream any match live via AFL Live Pass

Where can I get tickets for Port Adelaide vs Richmond? Click here for ticket information on 2020 AFL matches

Port Adelaide top the AFL ladder ahead of this intriguing clash with Richmond and another win here for the Power would really demonstrate that they are a team to be reckoned with in the hunt for the title. Both teams come into this having won their last two and with their respective records for the season standing at 8-2 and 6-3-1, there is not a great deal to split the two. This game could go either way but the loss of skipper Trent Cotchin for this game may be too much for the reigning premiers to overcome and the hosts can edge this one as a result.