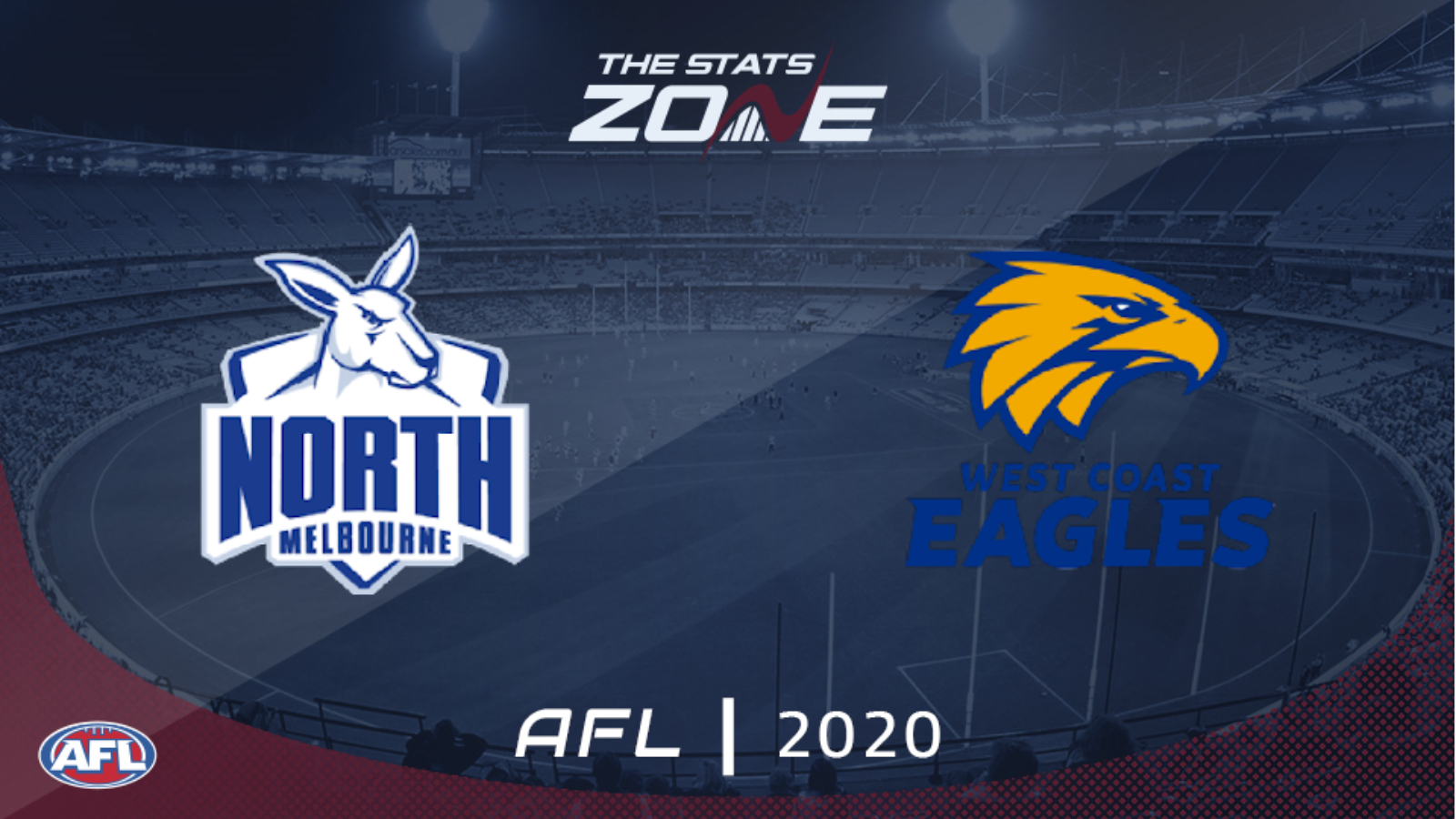 What television channel is North Melbourne vs West Coast Eagles on? In the UK, five matches each week will be televised on BT Sport and you can see their schedule here. For the TV channel in Australia, visit this link

Where can I stream North Melbourne vs West Coast Eagles? If the match is televised in the UK, then BT Sport subscribers will be able to stream it live via BT Sport Player. Additionally, those with a Watch AFL subscription can stream any 2020 AFL match live (outside of Australia). Those in Australia can stream any match live via AFL Live Pass

Where can I get tickets for North Melbourne vs West Coast Eagles? Click here for ticket information on 2020 AFL matches

All the motivation is on West Coast’s side coming into this game as they need to win here and hope other results go in their favour to keep alive their slim hopes of a double chance. They have made four changes for this clash with North Melbourne and they hand an AFL debut to defender Luke Foley. The return of Dom Sheed and Brendon Ah Chee will boost them however and they will be fired up to get the win. They should have no problem dispatching their opponents here who are weakened by the absence of four-time All Australian defender Jeremy McGovern for their final game of the season. They have lost their last seven and this could be another heavy loss so expect West Coast to win comfortably by a margin of between 20-39.