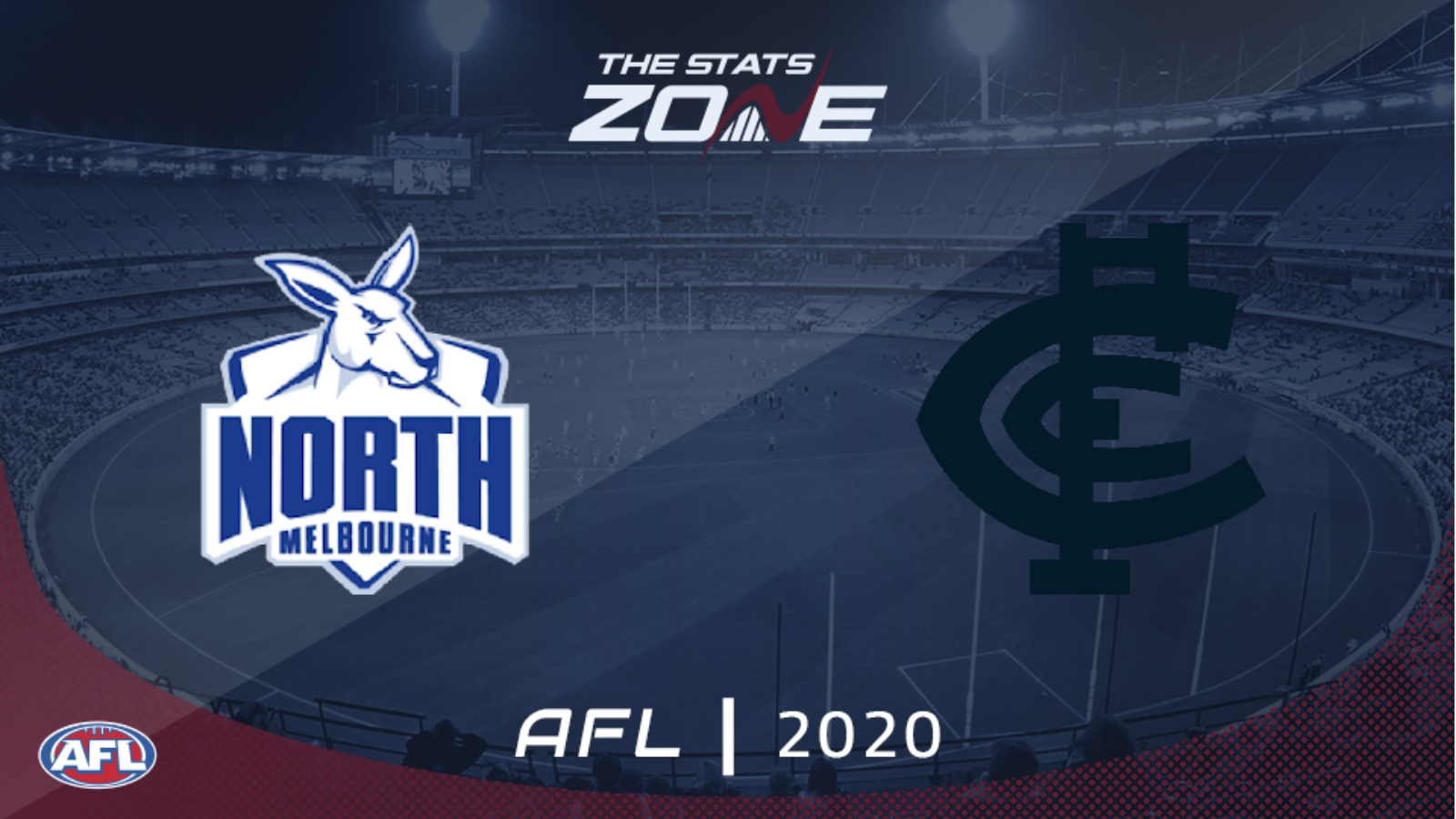 Where is North Melbourne vs Carlton taking place? Gabba, Brisbane

What television channel is North Melbourne vs Carlton on? In the UK, five matches each week will be televised on BT Sport and you can see their schedule here. For the TV channel in Australia, visit this link

Where can I stream North Melbourne vs Carlton? If the match is televised in the UK, then BT Sport subscribers will be able to stream it live via BT Sport Player. Additionally, those with a Watch AFL subscription can stream any 2020 AFL match live (outside of Australia). Those in Australia can stream any match live via AFL Live Pass

Where can I get tickets for North Melbourne vs Carlton? Click here for ticket information on 2020 AFL matches

North Melbourne have lost their last five games and they could hardly have played any worse in their loss to Richmond last week. It was always likely to be a tough game against the reigning premiers but having managed just 23 points, there is plenty of work to do if they are to end their losing streak. They face Carlton here who have produced two strong performances in a row and although last week’s effort did not result in a victory, their display was good enough to suggest they can make an immediate return to winning ways in this one.