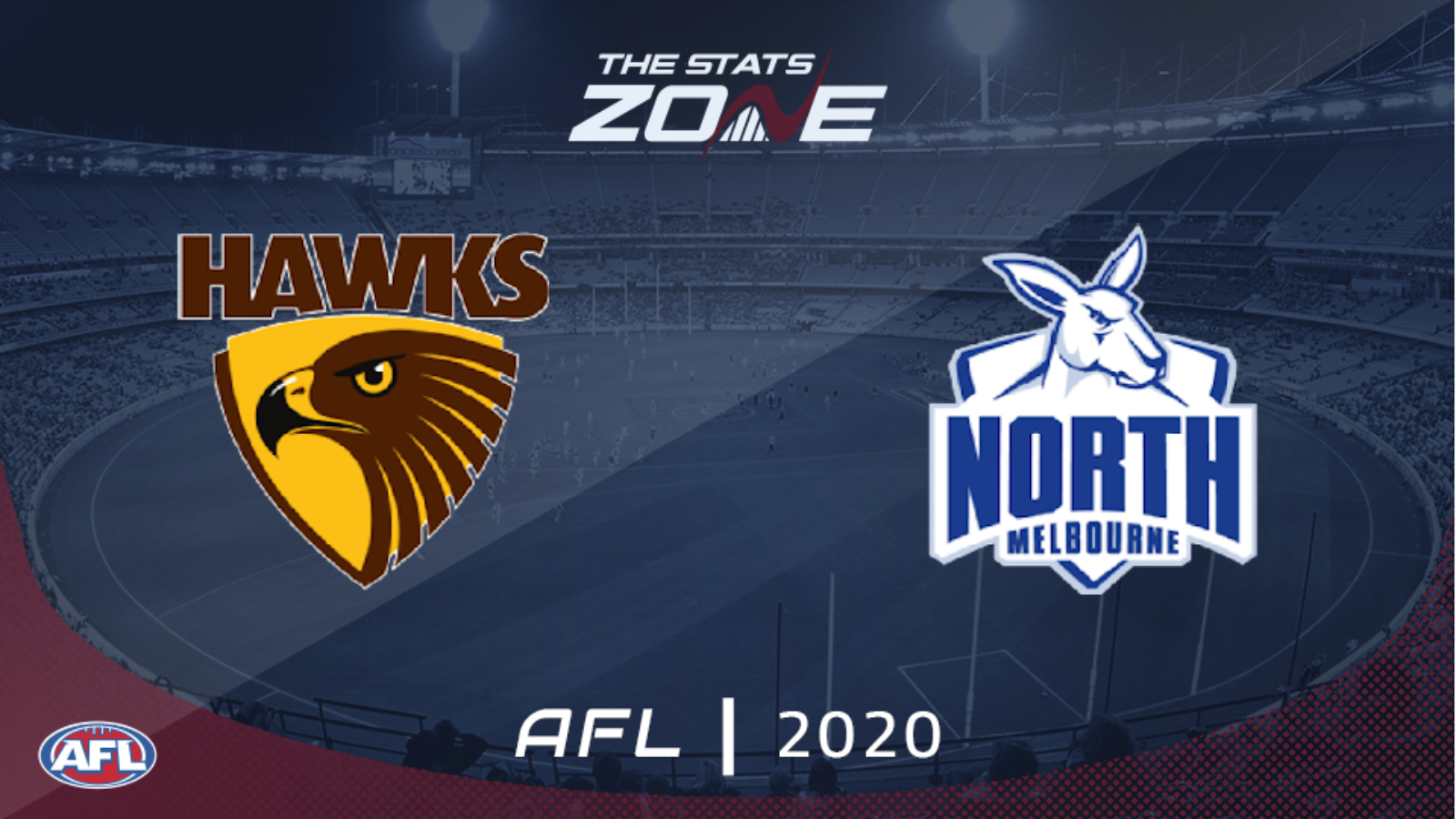 What television channel is Hawthorn vs North Melbourne on? In the UK, five matches each week will be televised on BT Sport and you can see their schedule here. For the TV channel in Australia, visit this link

Where can I stream Hawthorn vs North Melbourne? If the match is televised in the UK, then BT Sport subscribers will be able to stream it live via BT Sport Player. Additionally, those with a Watch AFL subscription can stream any 2020 AFL match live (outside of Australia). Those in Australia can stream any match live via AFL Live Pass

Where can I get tickets for Hawthorn vs North Melbourne? Click here for ticket information on 2020 AFL matches

Hawthorn made a big statement with a superb win over reigning premiers Richmond last week. They were handed a tough draw to start their season but have navigated it well so far with two wins from three and a fourth win here would leave them in great shape for the remainder of the campaign. They face North Melbourne in what is another tricky game but the Kangaroos lost their first game of the year last week which has prompted two debutants featuring in this game but their inclusion is unlikely to be enough to prevent their side suffering a second loss in a row.