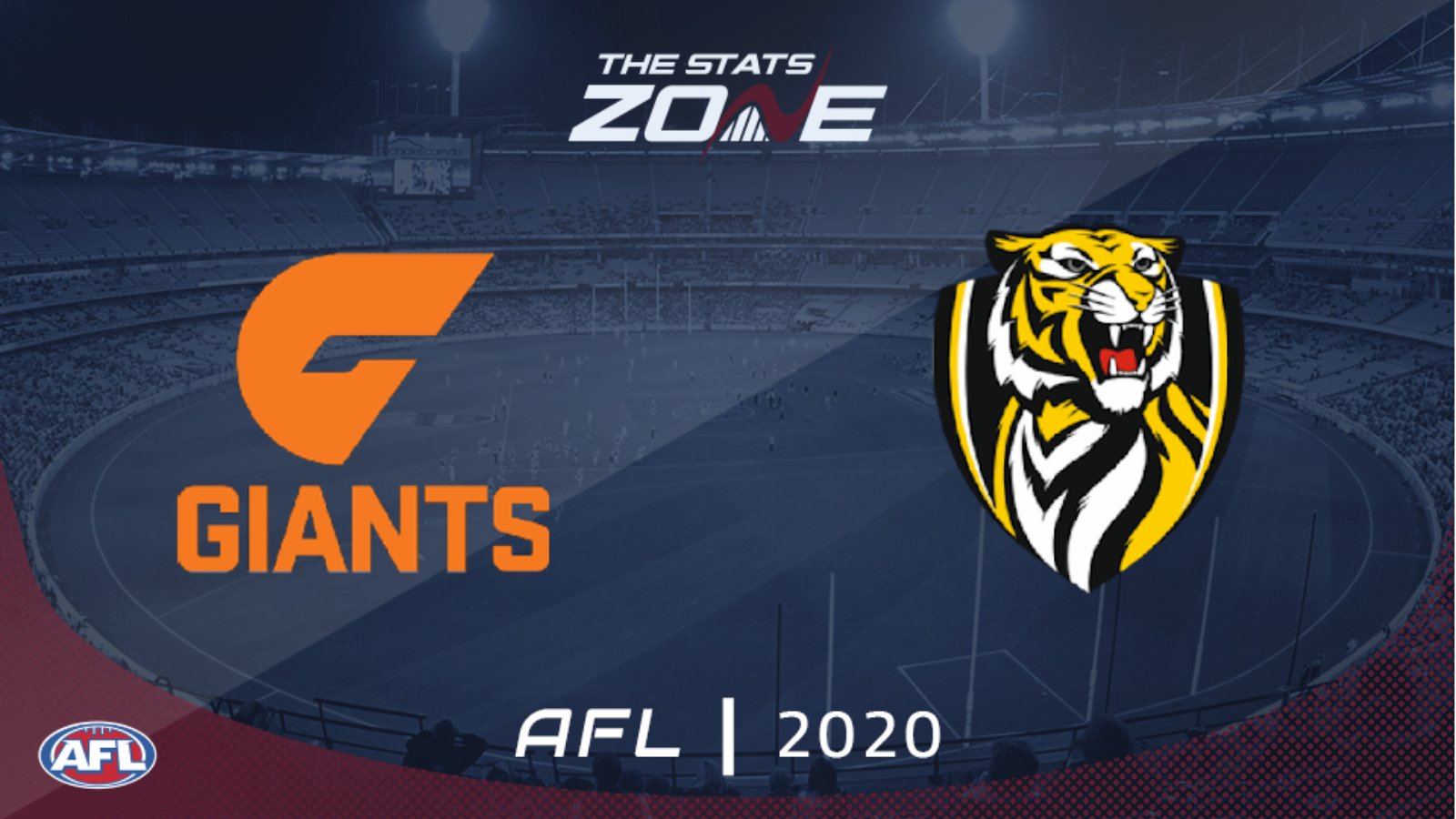 What television channel is GWS Giants vs Richmond on? In the UK, five matches each week will be televised on BT Sport and you can see their schedule here. For the TV channel in Australia, visit this link

Where can I stream GWS Giants vs Richmond? If the match is televised in the UK, then BT Sport subscribers will be able to stream it live via BT Sport Player. Additionally, those with a Watch AFL subscription can stream any 2020 AFL match live (outside of Australia). Those in Australia can stream any match live via AFL Live Pass

Where can I get tickets for GWS Giants vs Richmond? Click here for ticket information on 2020 AFL matches

GWS Giants failed to turn up in last year’s AFL Grand Final as they were thoroughly outclassed by Richmond but they will hope this contest with the Tigers will provide them with a chance to gain a tiny bit of revenge. Even a big win will not help them get over that loss but it could be important for their aspirations in this year’s campaign. They come into this with a 3-4 record and having lost their last two, this looks like a difficult task for them, especially with the Tigers winning their last three matches and it is likely that the reigning premiers will be too good with the benefit of an 8.5 start here.