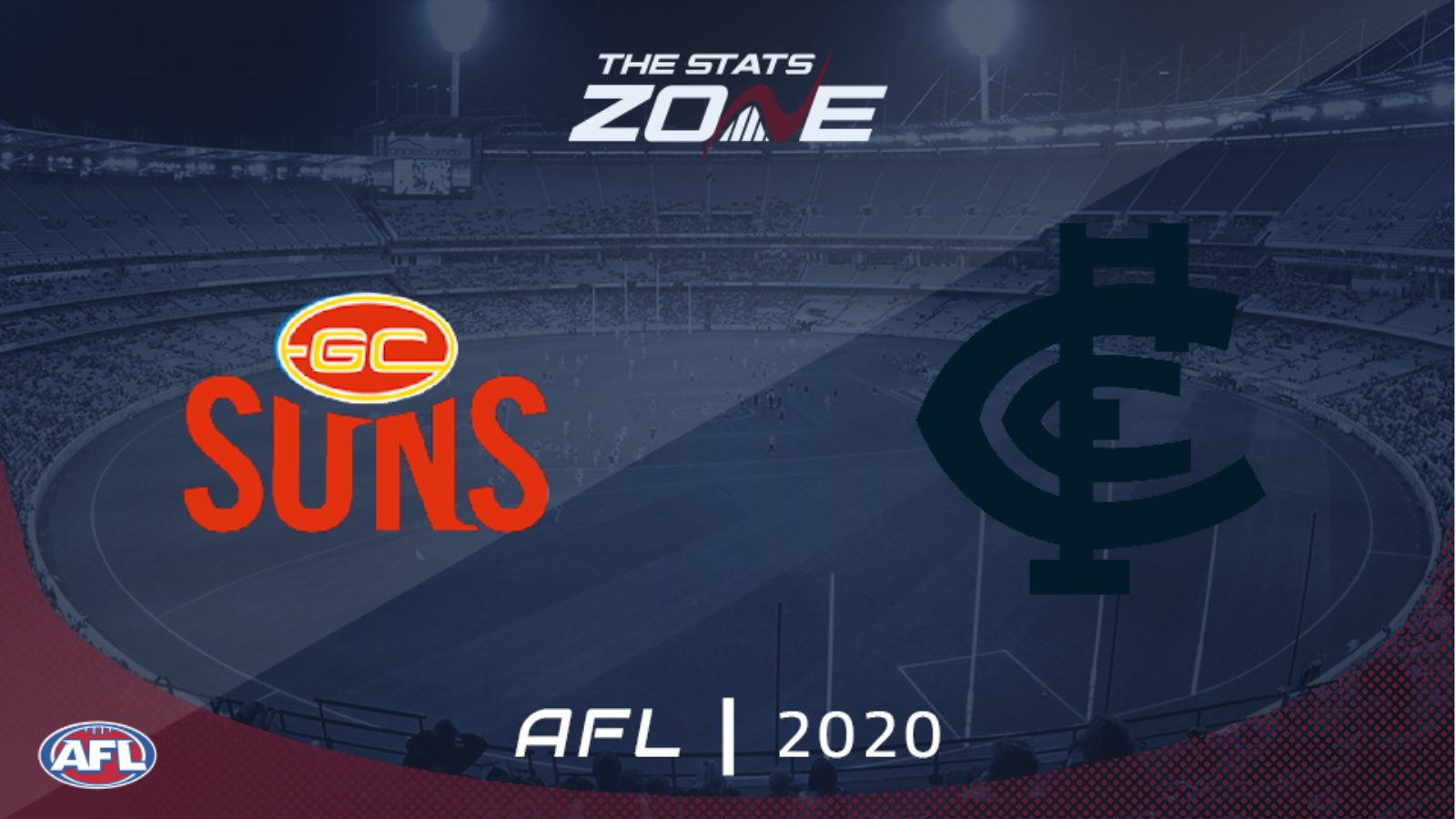 What television channel is Gold Coast Suns vs Carlton on? In the UK, five matches each week will be televised on BT Sport and you can see their schedule here. For the TV channel in Australia, visit this link

Where can I stream Gold Coast Suns vs Carlton? If the match is televised in the UK, then BT Sport subscribers will be able to stream it live via BT Sport Player. Additionally, those with a Watch AFL subscription can stream any 2020 AFL match live (outside of Australia). Those in Australia can stream any match live via AFL Live Pass

Where can I get tickets for Gold Coast Suns vs Carlton? Click here for ticket information on 2020 AFL matches

Gold Coast Suns have now failed to win their last five matches with their early season form deserting them. They now face Carlton who are just as inconsistent but they come into this on the back of a win last week that keeps them in with a chance of competing for the top eight. Both teams can still make the finals but a loss here would be devastating for their chances and it is the Suns that look to be in the greater danger of suffering that loss with the Blues able to build on last week’s dramatic success to make it back-to-back wins.