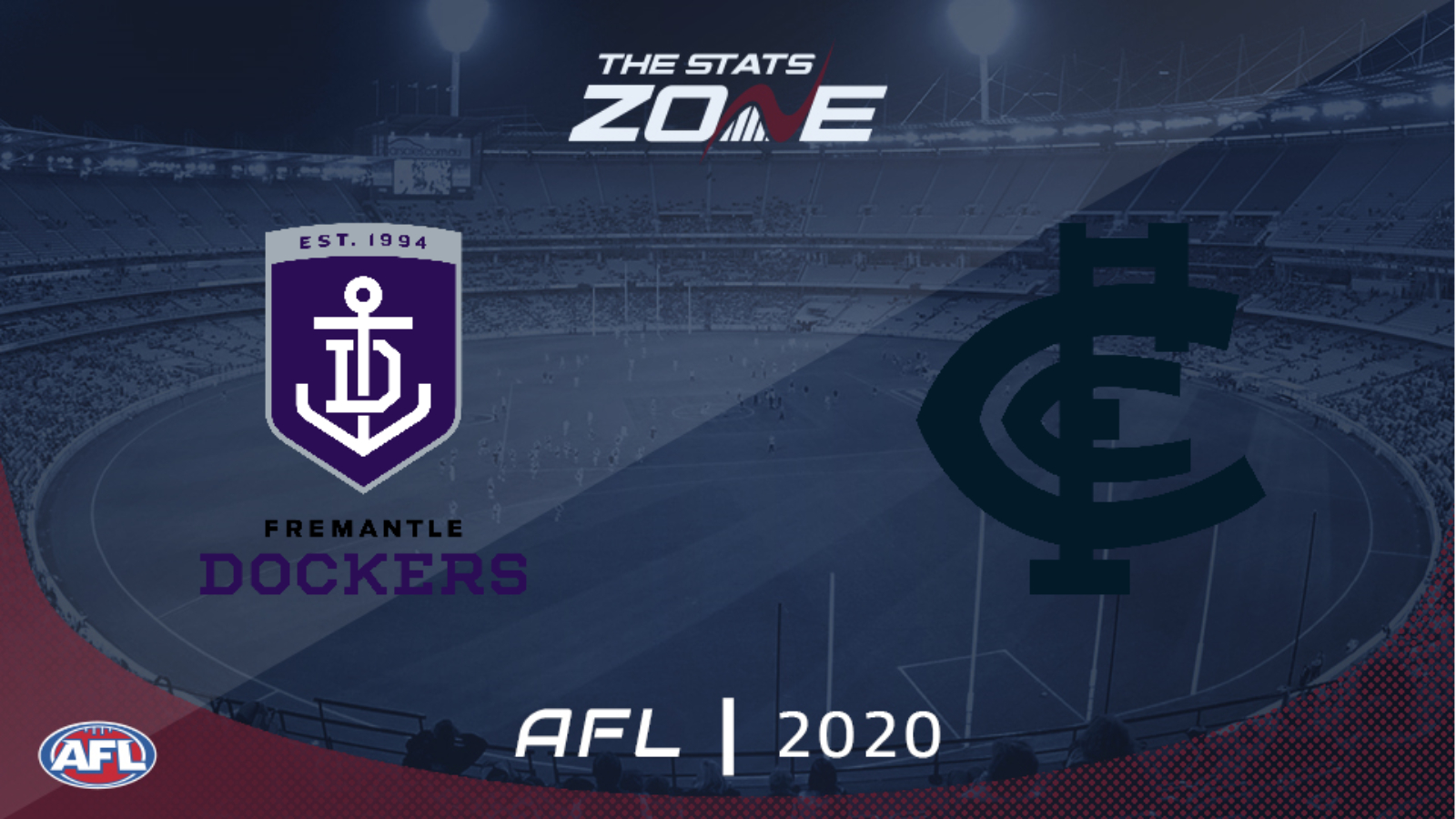 Where is Fremantle vs Carlton taking place? Optus Stadium, Perth

What television channel is Fremantle vs Carlton on? In the UK, five matches each week will be televised on BT Sport and you can see their schedule here. For the TV channel in Australia, visit this link

Where can I stream Fremantle vs Carlton? If the match is televised in the UK, then BT Sport subscribers will be able to stream it live via BT Sport Player. Additionally, those with a Watch AFL subscription can stream any 2020 AFL match live (outside of Australia). Those in Australia can stream any match live via AFL Live Pass

Where can I get tickets for Fremantle vs Carlton? Click here for ticket information on 2020 AFL matches

4-6 Fremantle and Carlton go head-to-head in a potentially pivotal contest for both teams. Neither side can afford many more losses in their hunt for a spot in the finals in this shortened season but the winner will move to within touching distance of the top eight. Recent form is on the side of the Dockers having won their last two whilst it is two defeats in a row for the Blues with Fremantle able to keep their run going by claiming the four points here.