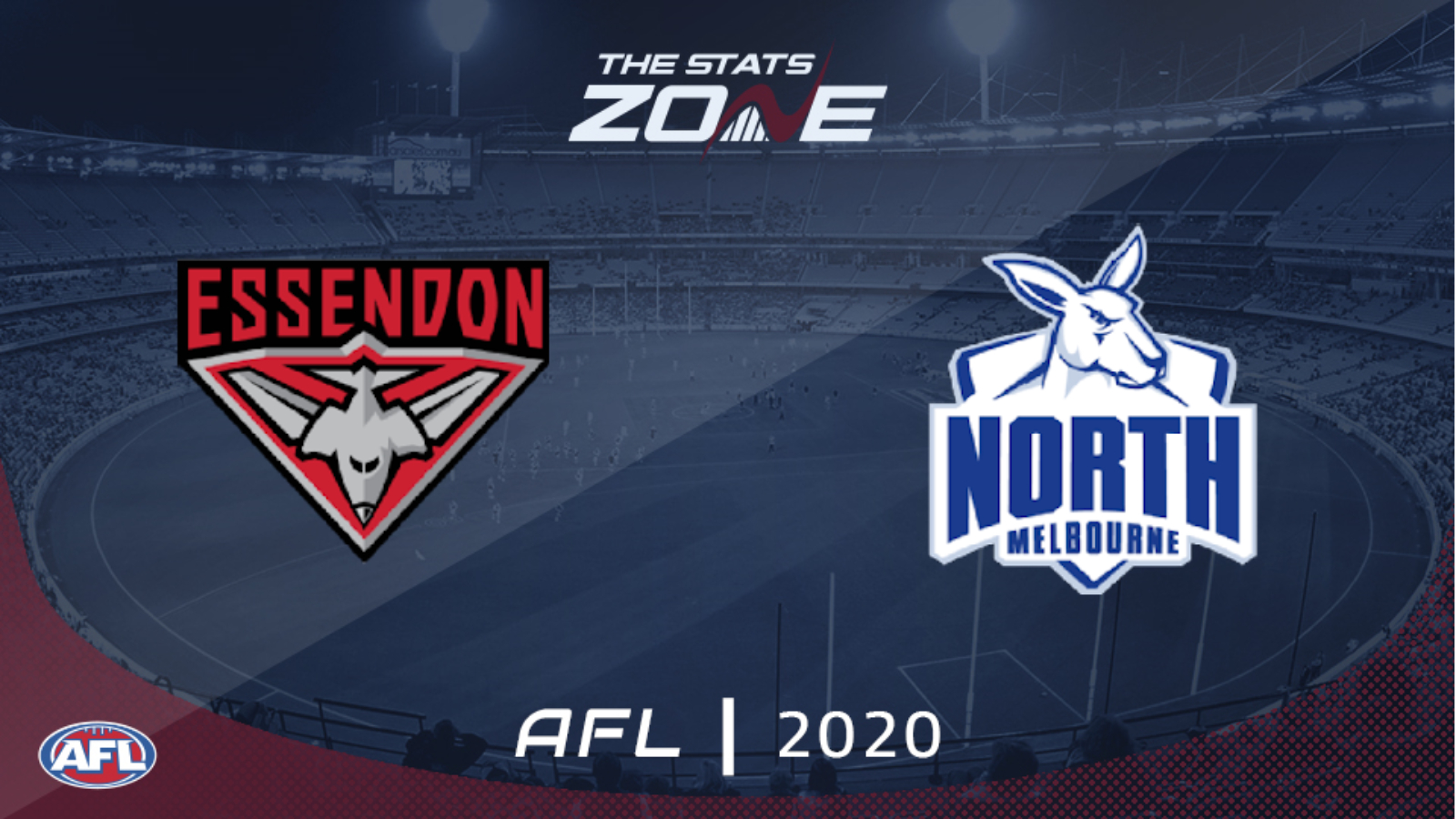 What television channel is Essendon vs North Melbourne on? In the UK, five matches each week will be televised on BT Sport and you can see their schedule here. For the TV channel in Australia, visit this link

Where can I stream Essendon vs North Melbourne? If the match is televised in the UK, then BT Sport subscribers will be able to stream it live via BT Sport Player. Additionally, those with a Watch AFL subscription can stream any 2020 AFL match live (outside of Australia). Those in Australia can stream any match live via AFL Live Pass

Where can I get tickets for Essendon vs North Melbourne? Click here for ticket information on 2020 AFL matches

Essendon have started the season well and come into this clash with North Melbourne with a 3-1 record. Their only loss to date was a one-point defeat against Carlton which highlights how well the Bombers are travelling, especially after they put that narrow reverse behind them by beating Collingwood last week. The Kangaroos were poor again last week and look short on confidence which will not help here as the Bombers can make it five wins in a row against North Melbourne.