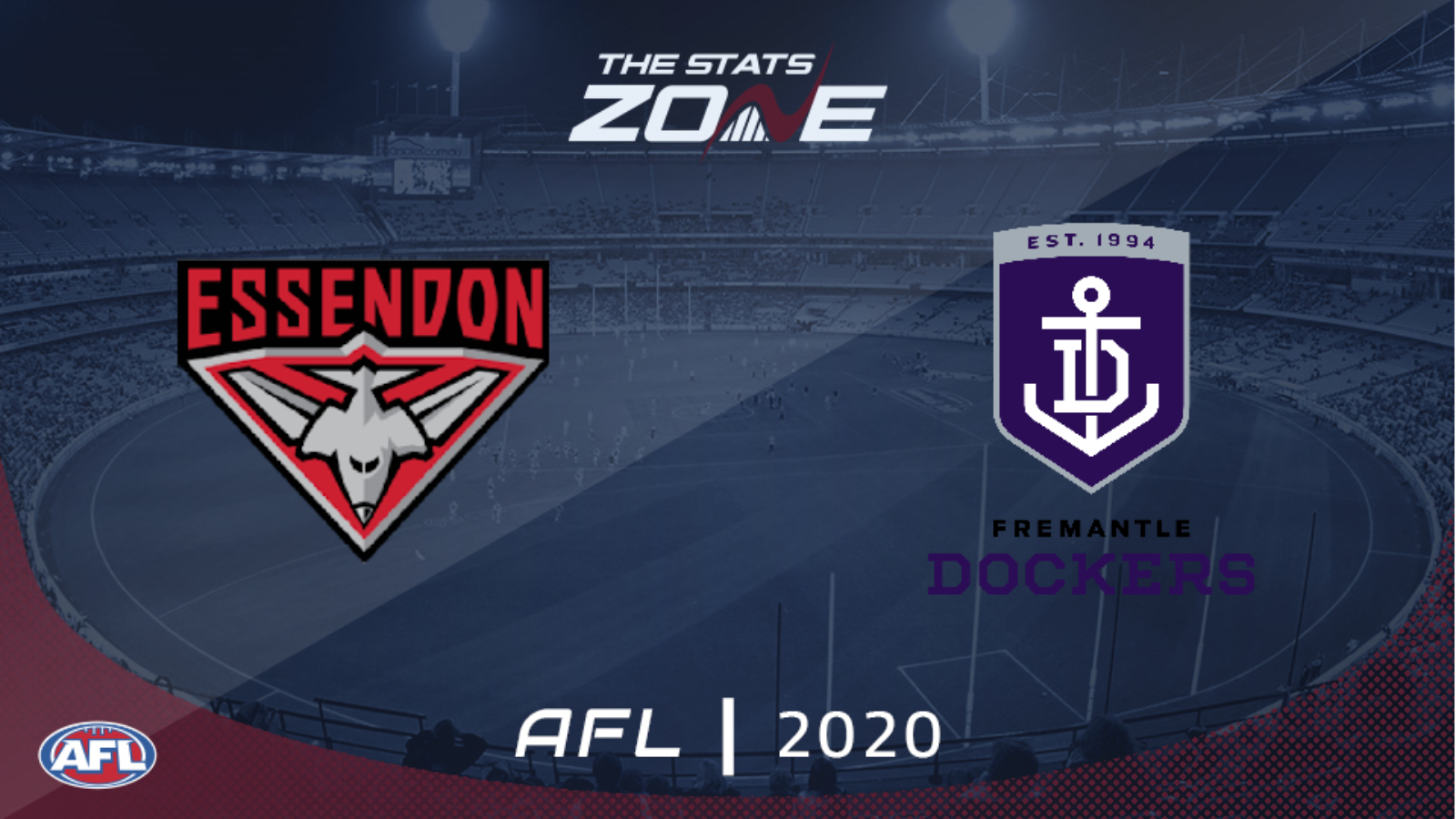 Where is Essendon vs Fremantle taking place? Marvel Stadium, Melbourne

What television channel is Essendon vs Fremantle on? In the UK, five matches each week will be televised on BT Sport and you can see their schedule here. For the TV channel in Australia, visit this link

Where can I stream Essendon vs Fremantle? If the match is televised in the UK, then BT Sport subscribers will be able to stream it live via BT Sport Player. Additionally, those with a Watch AFL subscription can stream any 2020 AFL match live (outside of Australia). Those in Australia can stream any match live via AFL Live Pass

Where can I get tickets for Essendon vs Fremantle? https://www.afl.com.au/tickets

Fremantle only had themselves to blame as they blew a great position to qualify for a spot in the top eight with their poor end to the season. They only managed two victories from their final 10 games which saw them slide down the ladder. They head to Essendon for their first game of this new campaign with the Bombers also keen to atone for a poor end to last season. They managed to claim the last play-off spot but had no impact in the finals with a loss in week one. Despite that disappointing end to last year, they only lost four home games during that campaign and should win this.