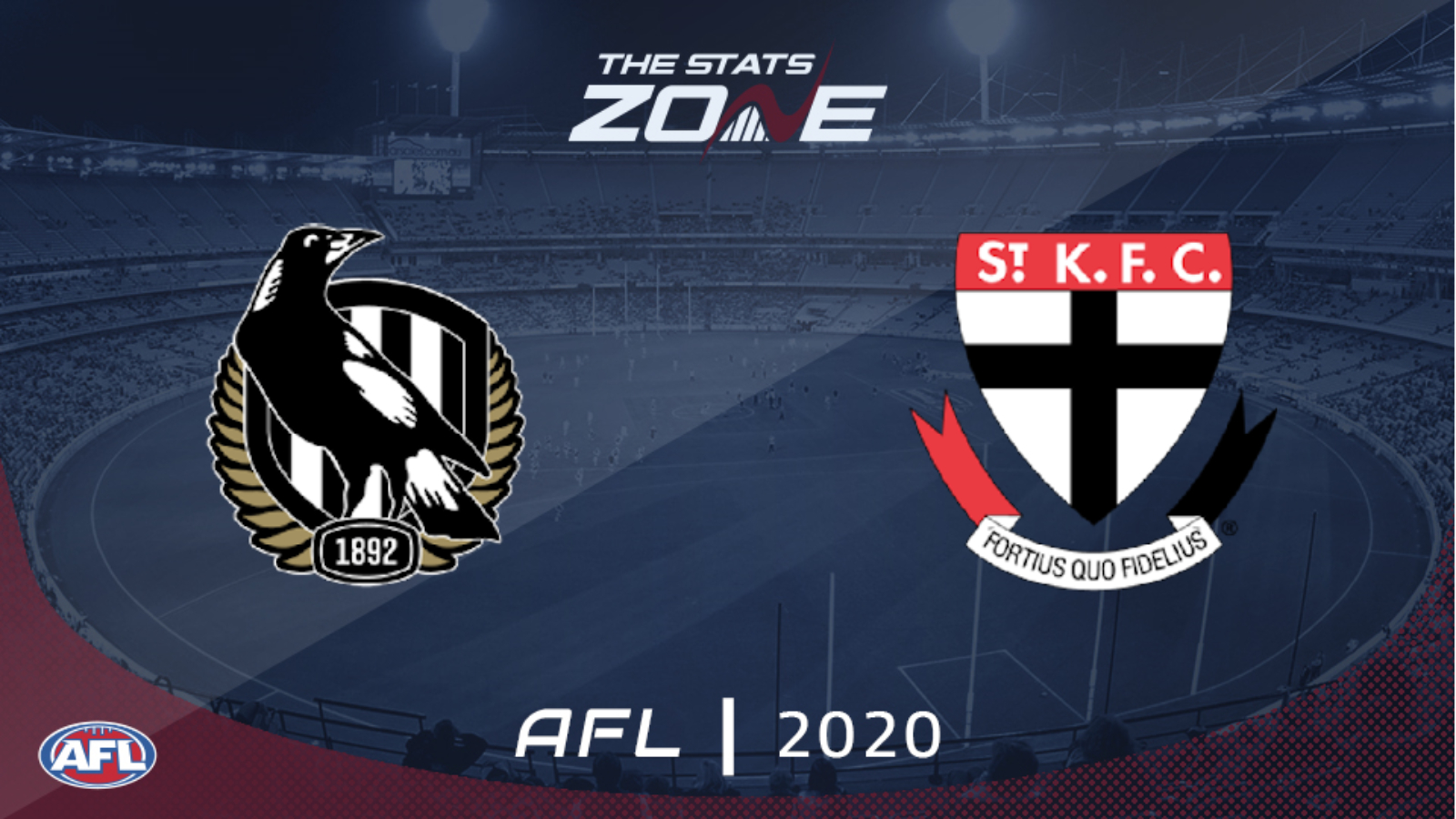 Where is Collingwood vs St. Kilda taking place? MCG, Melbourne

What television channel is Collingwood vs St. Kilda on? In the UK, five matches each week will be televised on BT Sport and you can see their schedule here. For the TV channel in Australia, visit this link

Where can I stream Collingwood vs St. Kilda? If the match is televised in the UK, then BT Sport subscribers will be able to stream it live via BT Sport Player. Additionally, those with a Watch AFL subscription can stream any 2020 AFL match live (outside of Australia). Those in Australia can stream any match live via AFL Live Pass

Where can I get tickets for Collingwood vs St. Kilda? Click here for ticket information on 2020 AFL matches

Collingwood will be content with their draw with Richmond last week but will certainly rue not claiming the victory having dominated the first quarter. Their lack of points in the second half will be alarming but they will put it down to rustiness against a classy opponent. They now host St. Kilda in a bid to continue their unbeaten start to the campaign and the hosts should be able to do just that against a Saints side that managed just three wins on the road last season.