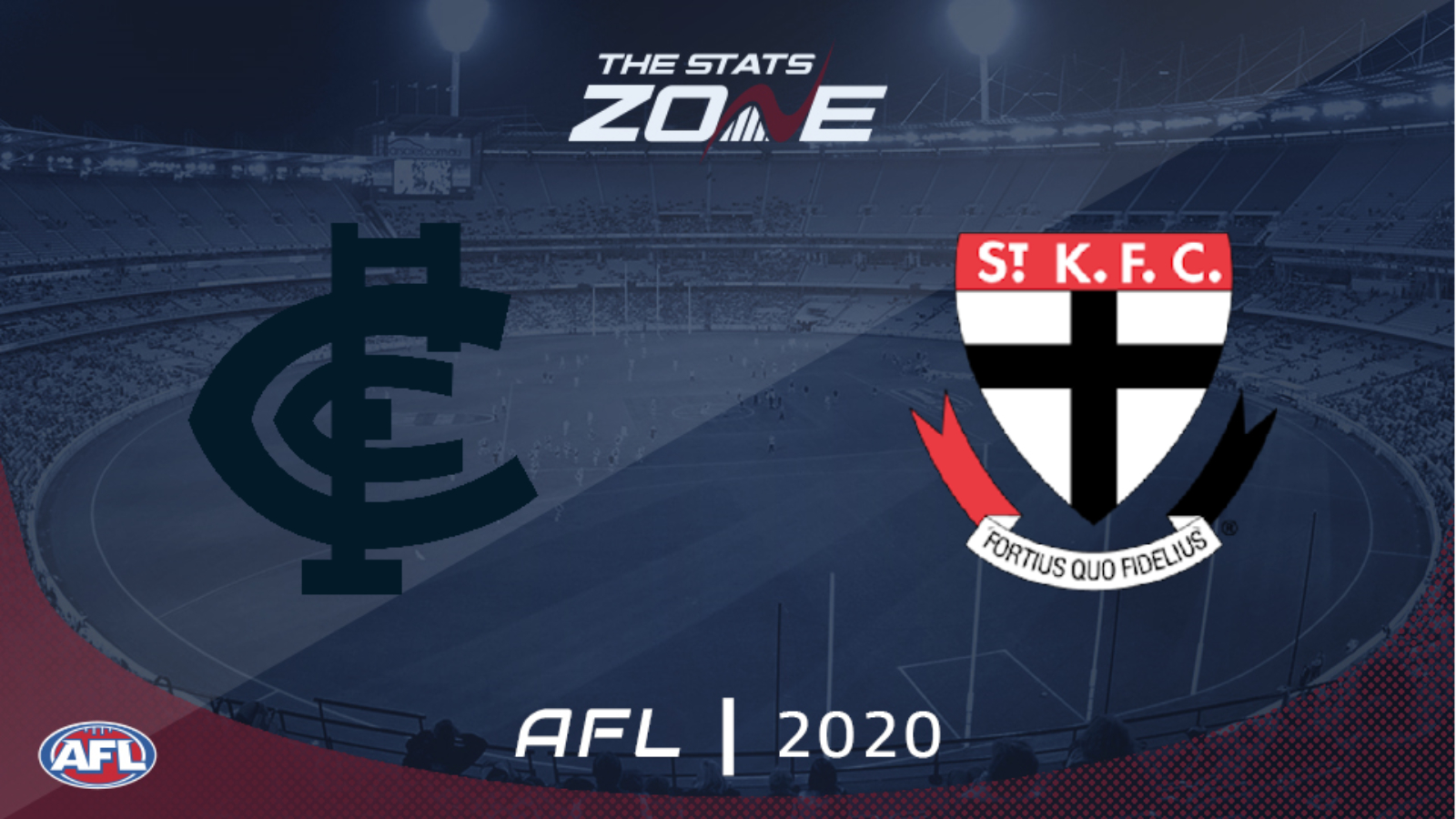 What television channel is Carlton vs St. Kilda on? In the UK, five matches each week will be televised on BT Sport and you can see their schedule here. For the TV channel in Australia, visit this link

Where can I stream Carlton vs St. Kilda? If the match is televised in the UK, then BT Sport subscribers will be able to stream it live via BT Sport Player. Additionally, those with a Watch AFL subscription can stream any 2020 AFL match live (outside of Australia). Those in Australia can stream any match live via AFL Live Pass

Where can I get tickets for Carlton vs St. Kilda? Click here for ticket information on 2020 AFL matches

Carlton and St. Kilda do battle on the back of victories in their respective contests last week and this looks like an intriguing fixture between two teams hoping to make the finals. The pair are 2-2 coming into this clash and there looks to be very little to separate the two teams. The Blues came out on top when the two teams last met but the Saints won the five before that and can improve on that record with another success here.