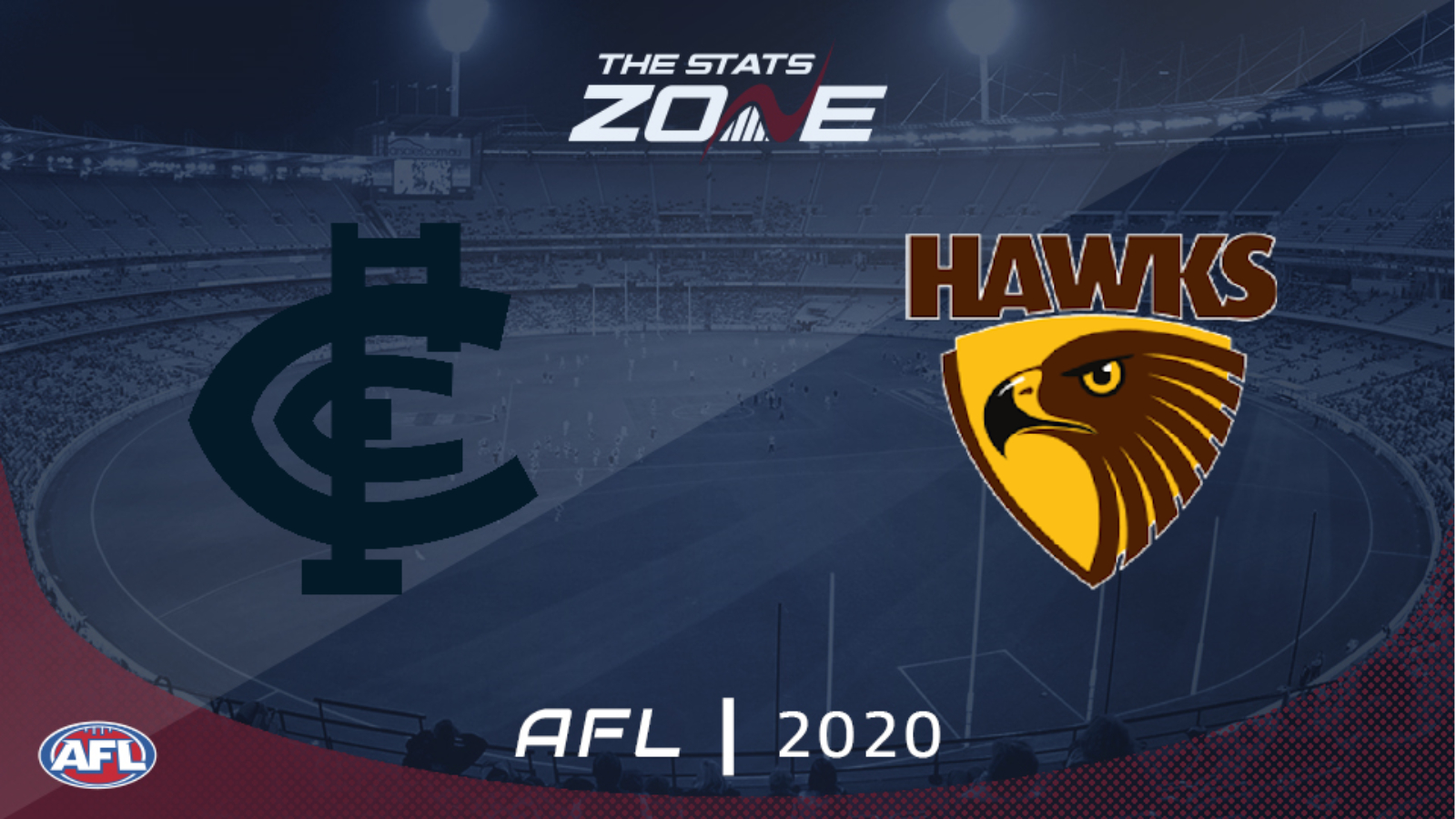 Where is Carlton vs Hawthorn taking place? Optus Stadium, Perth

What television channel is Carlton vs Hawthorn on? In the UK, five matches each week will be televised on BT Sport and you can see their schedule here. For the TV channel in Australia, visit this link

Where can I stream Carlton vs Hawthorn? If the match is televised in the UK, then BT Sport subscribers will be able to stream it live via BT Sport Player. Additionally, those with a Watch AFL subscription can stream any 2020 AFL match live (outside of Australia). Those in Australia can stream any match live via AFL Live Pass

Where can I get tickets for Carlton vs Hawthorn? Click here for ticket information on 2020 AFL matches

Carlton have been unpredictable so far this season but with a bit more luck, their record would read better than it currently does at 4-4. They will hope to build on their weekend success against North Melbourne and have a good chance to do so as they face Hawthorn. The Hawks have lost four in a row and although they showed signs of improvement in their clash with Sydney Swans, their lack of confidence could be vital in this game. The Blues look capable of challenging for a spot in the finals this term and despite winning just one of their last 17 encounters against the Hawks, Carlton can put that terrible run behind them to come out on top in this one.