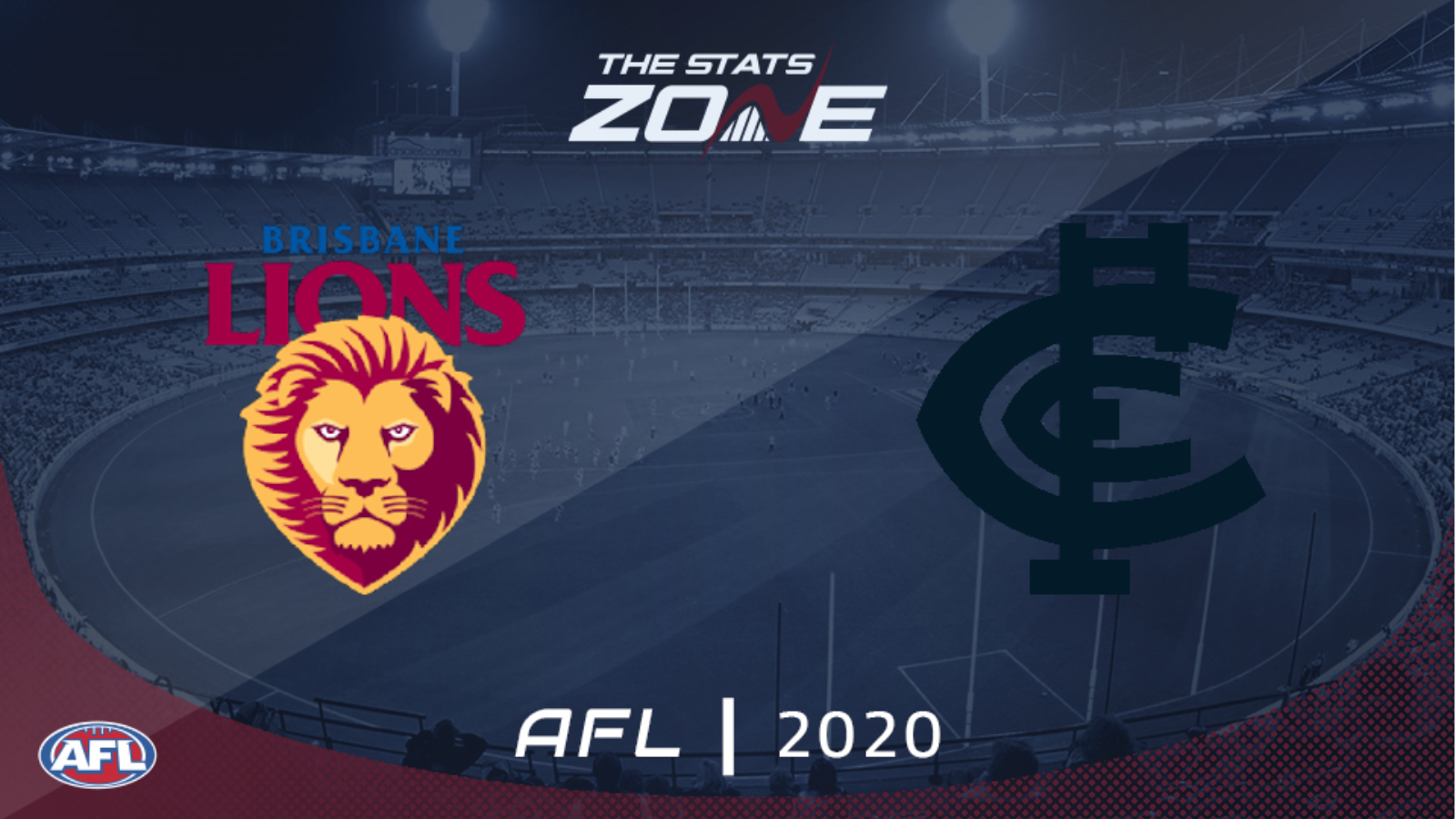 Where is Brisbane Lions vs Carlton taking place? Gabba, Brisbane

What television channel is Brisbane Lions vs Carlton on? In the UK, five matches each week will be televised on BT Sport and you can see their schedule here. For the TV channel in Australia, visit this link

Where can I stream Brisbane Lions vs Carlton? If the match is televised in the UK, then BT Sport subscribers will be able to stream it live via BT Sport Player. Additionally, those with a Watch AFL subscription can stream any 2020 AFL match live (outside of Australia). Those in Australia can stream any match live via AFL Live Pass

Where can I get tickets for Brisbane Lions vs Carlton? Click here for ticket information on 2020 AFL matches

The Lions have a chance of winning the minor premiership for the first time if they win here and Port Adelaide lose to Collingwood on Monday so they will be motivated to get the win here. With Carlton having nothing to play for this final game, it will take some effort from them to even come close to the in-form Lions who have won their last six games. They have comprehensively won their last two matches by margins of 45 and 32 and they are more than capable of covering 26.5 in this one.