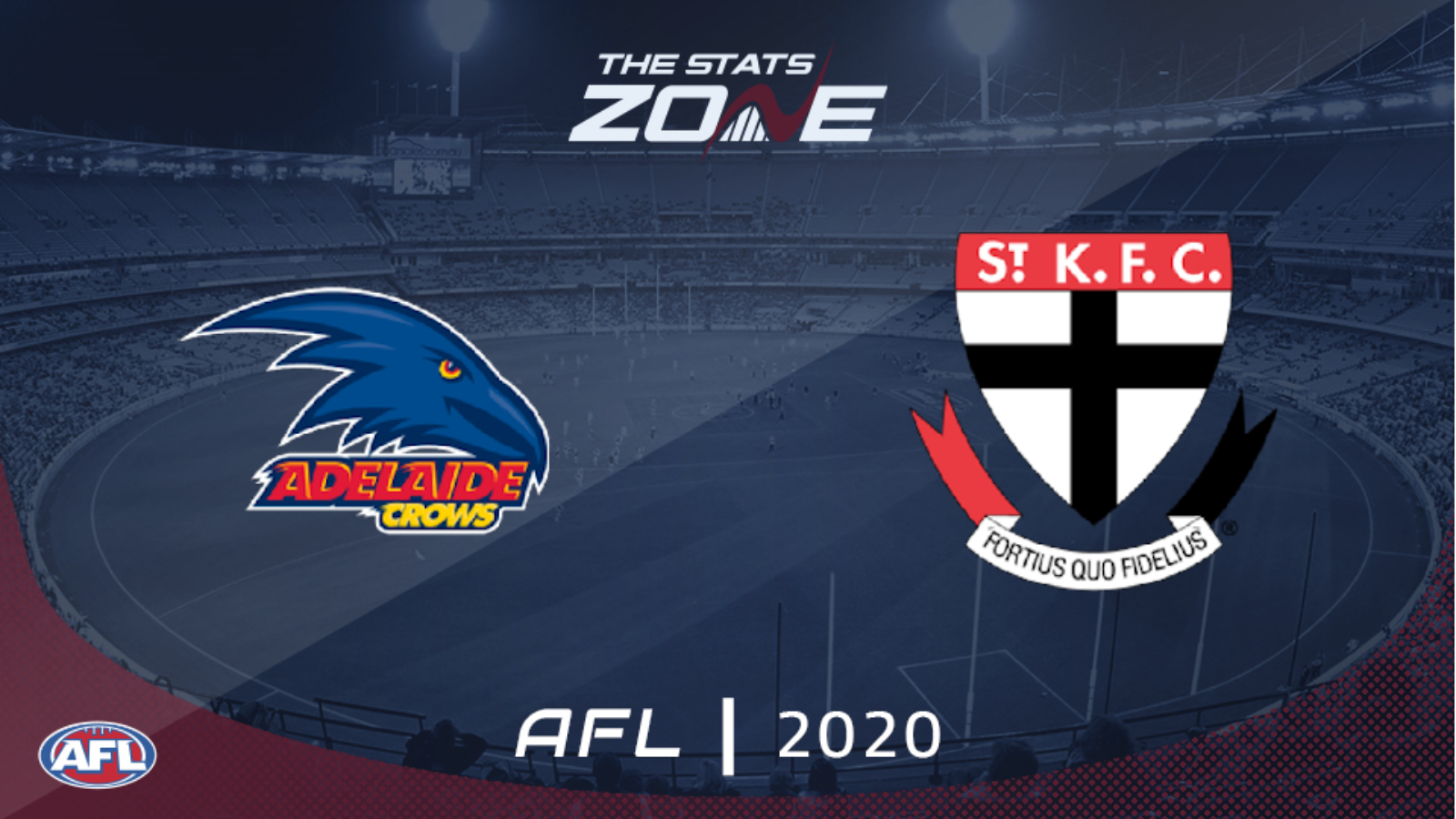 What television channel is Adelaide Crows vs St. Kilda on? In the UK, five matches each week will be televised on BT Sport and you can see their schedule here. For the TV channel in Australia, visit this link

Where can I stream Adelaide Crows vs St. Kilda? If the match is televised in the UK, then BT Sport subscribers will be able to stream it live via BT Sport Player. Additionally, those with a Watch AFL subscription can stream any 2020 AFL match live (outside of Australia). Those in Australia can stream any match live via AFL Live Pass

Where can I get tickets for Adelaide Crows vs St. Kilda? Click here for ticket information on 2020 AFL matches

Adelaide Crows have endured a miserable start to 2020 with their form from the back end of last season continuing into this as they made it nine straight losses when losing to West Coast Eagles last week. They host St. Kilda in a bid to break their duck but the visitors will be keen to respond after they blew a huge lead against Fremantle last week. Despite the Saints being 0-10 at Adelaide Oval, they have a great chance to end that streak against the struggling Crows and can get back to winning ways thanks to another strong first quarter performance where they should be able to open up at least a five-point lead.