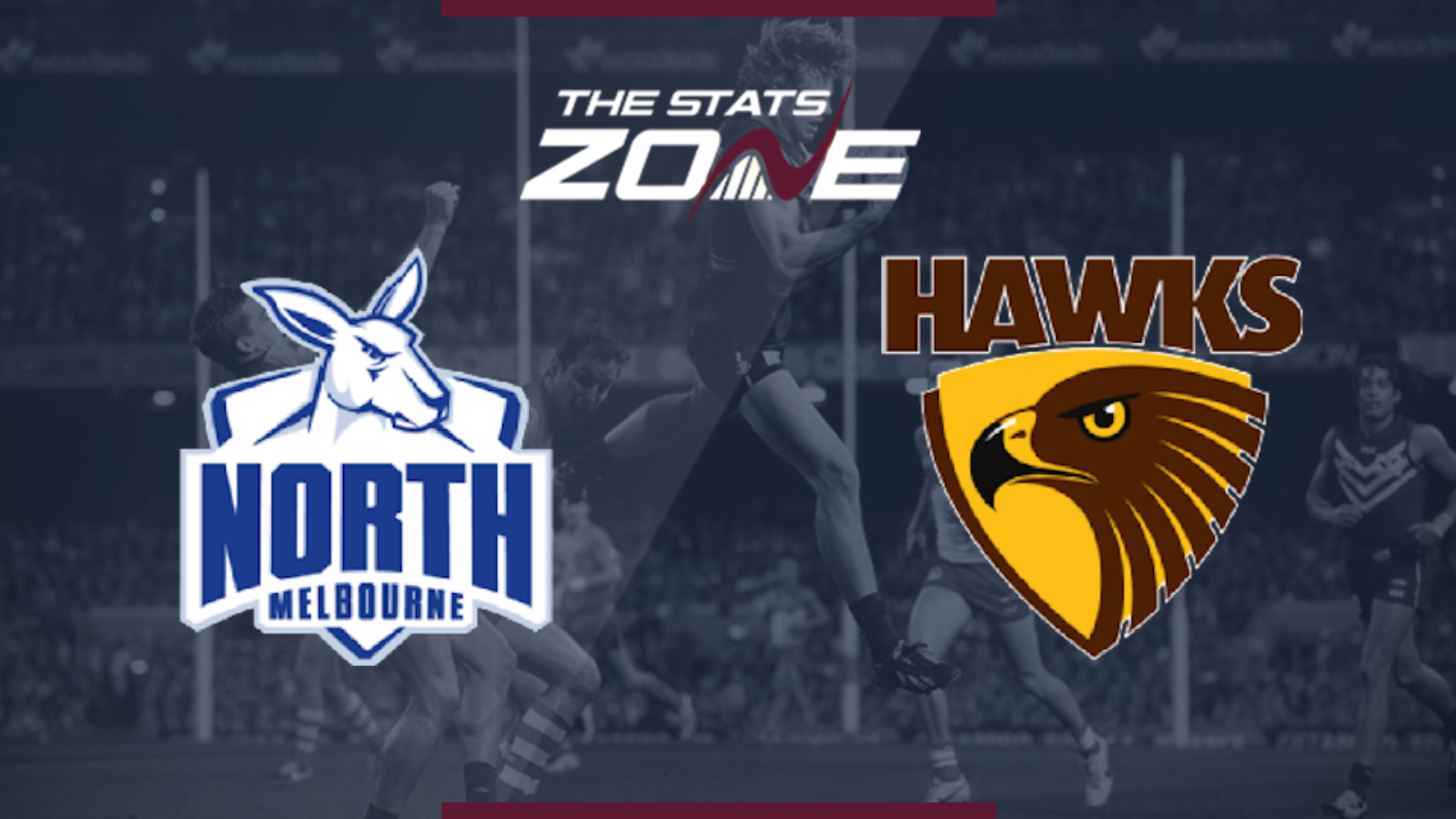 What television channel is North Melbourne vs Hawthorn on? BT Sport 1 in UK / Channel 7/Foxtel in Australia

Where can I stream North Melbourne vs Hawthorn? BT Sport subscribers can stream the match live via the BT Sport website or app in the UK / This match can be streamed live via the AFL Live app in Australia

Where can I get tickets for North Melbourne vs Hawthorn? https://www.afl.com.au/tickets

North Melbourne can still mathematically make the finals but will have to win-out from this point and will still need other results to go their way. They host another finals-chasing team in Hawthorn who stand a better chance but they too need some consistency in the final rounds of the regular season. Their three-match winning streak was ended by a strong Brisbane Lions team last time out but they can hit back here and keep their hopes of a top 8 spot well and truly alive.