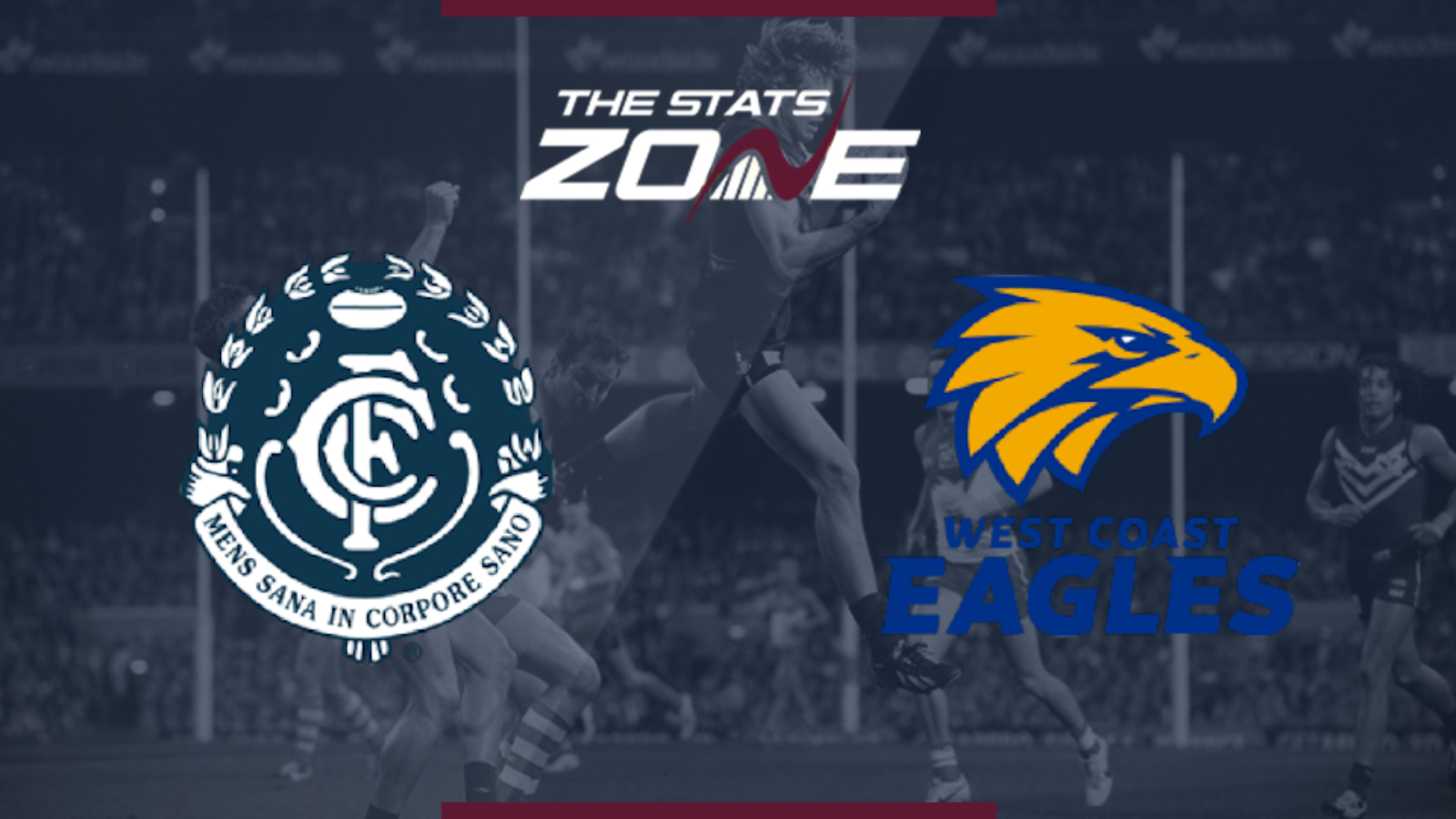 What television channel is Carlton vs West Coast on? Not shown live in the UK / Channel 7/Foxtel in Australia

Where can I stream Carlton vs West Coast? Unavailable to stream in the UK / This match can be streamed live via the AFL Live app in Australia

Where can I get tickets for Carlton vs West Coast? https://www.afl.com.au/tickets

West Coast Eagles kept themselves in minor premiership contention but face a tricky test this week as they head to Melbourne to face Carlton Blues. The home side have won five of their last seven and with little to play for but pride, they could be a dangerous prospect. They will have to be at their best to beat the Eagles but with an opportunity to draw level on points with Geelong at the top of the ladder, the visitors can claim the win.